The Winnipeg Jets fan whose salute during the national anthem became tradition will be honoured in his home town of Kenora, Ont. with a street being re-named Kroppy Lane.

The city of Kenora, Ont. is honouring home town hero and Winnipeg Jets superfan Len Kropioski by naming a street after him.

The 98-year-old, who was affectionately known as Kroppy, and was well known at Jets games in both Winnipeg and Kenora for his standing salute during O Canada, passed away in September 2016.

The Second World War veteran made the 2½-hour drive from Kenora to the MTS Centre for every home game, except when his health wouldn't allow it.

He was a fixture on the scoreboard video screen above centre ice at the end of the national anthem, with a salute followed by a wide smile and a thumbs up.

"For us here it was a no-brainer," Kenora's Mayor David Canfield said.

"Kroppy was so involved in sports as everybody knows, probably the number one Jets fan and obviously in Kenora.  I guess his footprint in Kenora in sports, whether it's hockey, baseball or whatever, is tremendous," Canfield said.

Kropioski was key in helping underprivileged children in the community participate in sports.

"Kroppy was doing this years ago. I mean out of his own pocket, it was helping kids get into sports and paying for their jerseys and everything else," Canfield said.

The by-law to change the street name was approved unanimously by a city committee Tuesday and will be voted on officially by Kenora city council Jan. 17.

The street being re-named leads to Kropioski's house.

If approved, Canada Post will be contacted and four homes in the Norman neighbourhood will see their addresses change.

"I think the Norman people will be quite happy about it being called Kroppy Lane, I mean, all of the people in Kenora will be. But it's like the old neighbourhood rivalry that we all have in our communities. I think they will be pretty pleased," Canfield said.

Plans need to be solidified, but Canfield said once the signs are ordered there may be a ceremony when the new ones go up. 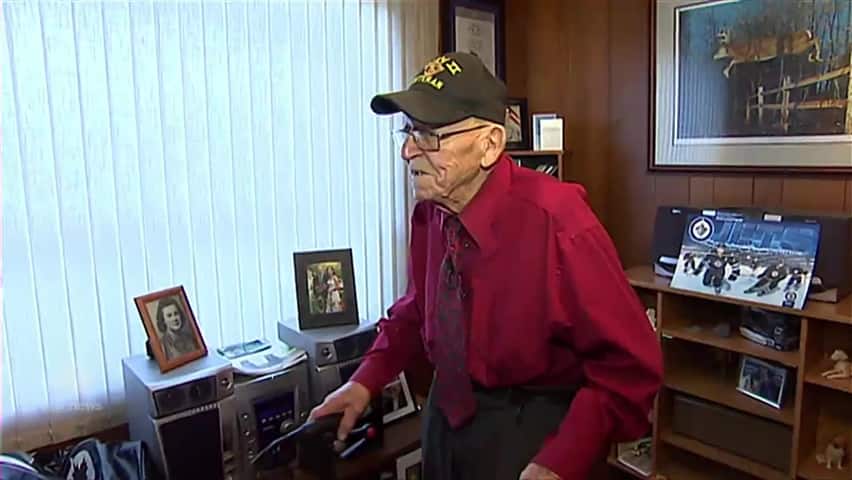