The long-awaited final plan for the former Kapyong Barracks site is being unveiled Thursday morning after thousands of people provided feedback on the initial concept.

Abandoned military base is about 65 hectares along Kenaston Boulevard

The long-awaited final plan for the former Kapyong Barracks site in Winnipeg was unveiled Thursday morning after thousands of people provided feedback on the initial concept.

The final version of the master plan makes a few adjustments on development renderings released last year, which show plans for commercial and residential buildings, a sports complex, a possible hotel, a war museum to honour the history of the site and a convention centre.

Some changes include an expanded cultural campus area to ensure public art and design elements reflect Treaty 1 cultures and history.

More green space has been added along with walking and cycling paths linked to Winnipeg's active transportation network.

Some housing has also been adjusted from medium to low-density, based on input from residents in single-family homes in the neighbouring Tuxedo area.

Following the release of the concept plan last year, surveys, a virtual presentation and in-person information sessions in Winnipeg and First Nation communities were held to gather reaction from the public.

The changes in the master plan are based on input from more than 3,000 people who took part. That's the highest number of participants in an engagement initiative in the 25-year history of the Canada Lands Co., a Crown corporation that manages attractions like the CN Tower and the Old Port of Montreal.

"This level of engagement is exciting," said Chris Elkey of Canada Lands, which is developing about 20 hectares of the 65-hectare site along Kenaston Boulevard in southwest Winnipeg.

The rest of the abandoned military base is being developed by the Treaty 1 Development Corp. on behalf of the seven Treaty 1 First Nations that officially took over the site in August 2019 after years of court delays.

The distribution of the land and development can be seen here.

Long Plain First Nation Chief Dennis Meeches said he's happy with the design concepts. Plans are moving ahead, he said, though some aspects are taking longer than he expected, and the pandemic has slowed progress on the development.

"Right now, I can't really complain about it. I am concerned sometimes, but it's moving in the right direction, the direction it should be moving," he said.

Meeches said he's confident that once the development is complete, it's going to be a world-class site.

"It's going to be a very dynamic piece of property that I think is going to bode well for everybody," he said.

During the survey process, there was strong support for the concept plan, with 74 per cent of respondents saying the project is headed in the right direction. Just three per cent disagreed with the plans, according to a news release from the two development companies.

"Most striking about the advice offered was the consistency in views," said Whelan Sutherland, CEO of Treaty One Development.

"As a key priority, those who participated want us to create a community that will be well integrated with the surrounding neighbourhoods."

"In the village area, it's really about that ground floor retail and service type of experience with residential condos above, and it creates a bit of a feel," he said.

"It creates opportunities for shopping and working, but also just a place to visit and hang out."

What exactly will be developed, in terms of retail, is a decision that is still down the road, Elkey said.

The next step is for technical teams to create transportation, storm water and waste water plans for inclusion in the site's master plan, which will then be sent for review by the City of Winnipeg.

Kapyong was mostly abandoned in 2004, when the 2nd Battalion, Princess Patricia's Canadian Light Infantry moved from the military barracks to the Canadian Forces Base in Shilo, Man., about 180 kilometres west of Winnipeg.

Soon afterwards the Department of National Defence declared the property as surplus.

The federal Treasury Board transferred the entire 65 hectares to Canada Lands Co. to oversee the land's redevelopment and resale, but several First Nations challenged that in federal court, saying they had a right to the land under outstanding treaty land entitlement claims.

The court agreed, and in 2009 the land transfer was ruled illegitimate. The federal government fought the decision until 2015, when then-prime minister Stephen Harper announced that the government would no longer continue to appeal the decision. 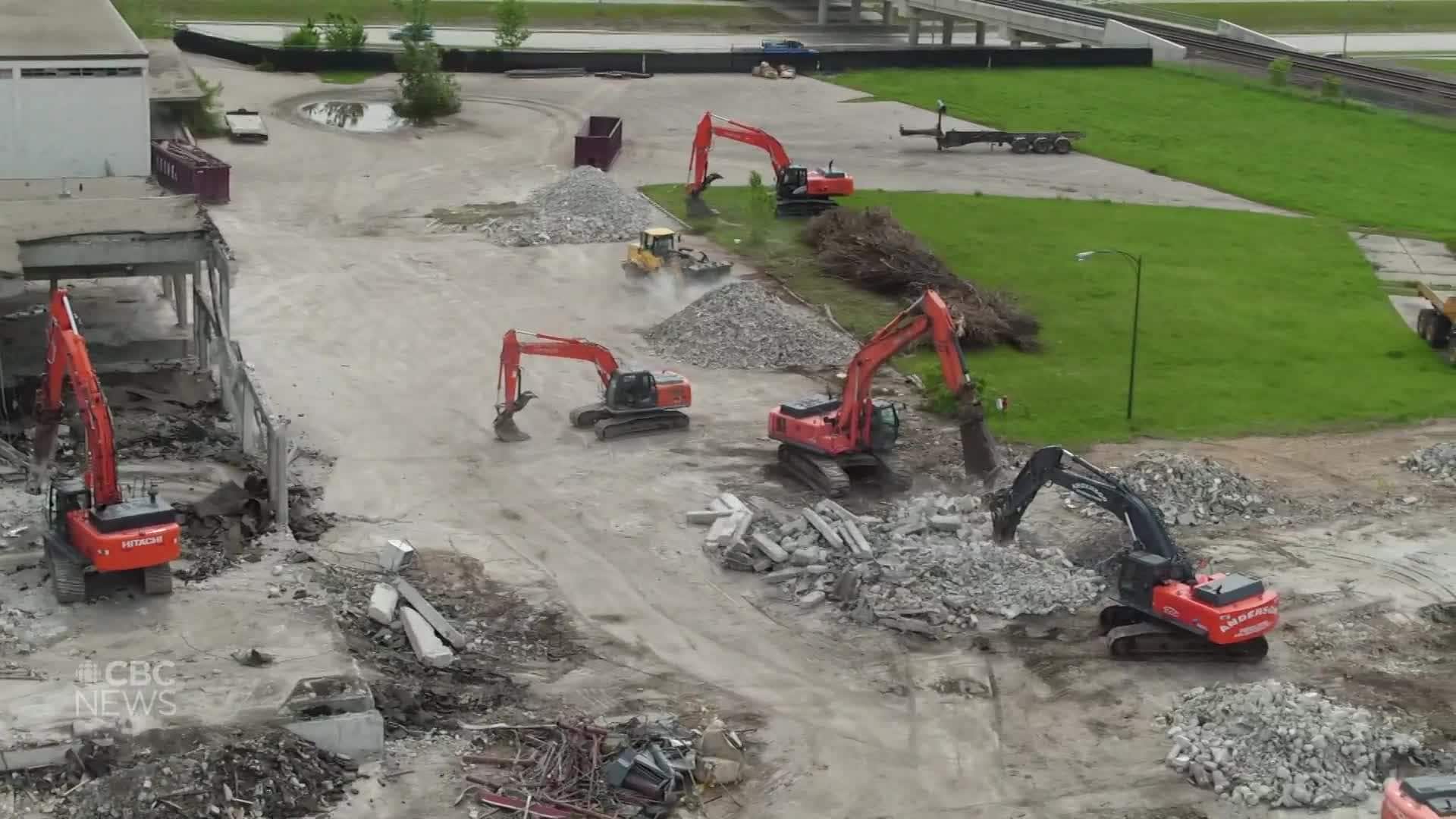 1 month agoVideo
2:03
A giant parcel of land sitting unused for years is moving slowly towards a development. The federal government and seven first nations signed an agreement last year giving them control over 110 acres of the former Kapyong Barracks army base in Winnipeg's Tuxedo neighbourhood. 2:03
CBC's Journalistic Standards and Practices|About CBC News
now