In an announcement that was long on ceremony but short on details, the federal government and seven Treaty 1 First Nations signed an "agreement in principle" Wednesday for the former Kapyong Barracks land in Winnipeg.

In an announcement that was long on ceremony but short on details, the federal government and seven Treaty 1 First Nations signed an agreement in principle Wednesday for the former Kapyong Barracks land in Winnipeg.

National Defence Minister Harjit Sajjan called the signing an important milestone, but would not go into specifics on how the land would be developed and who would get exactly what pieces of the pie.

"We still have a lot of work ahead of us but as minister of national defence, I will stay closely engaged" as the agreement is used to hammer out all the details in a final settlement agreement, Sajjan said.

The announcement came from the First Nations and Winnipeg South Centre MP Jim Carr in front of a crowd of hundreds at Assiniboia Downs on Wednesday.

"This is really happening," Assembly of First Nations Chief Perry Bellegarde said. "It's not just words. The land's coming back.…This is an example of reconciliation in action."

The seven First Nations involved plan to create an urban reserve and develop their portion of the land, said Bellegarde.

Bellegarde told the crowd that the City of Winnipeg should embrace the idea of a new urban reserve for the city.

"We have over 100 urban reserves in Saskatchewan, and they create jobs and employment opportunities and economic development zones," he said.

"We want to show the citizens of Winnipeg that we can be progressive in a good way," he said. "There's many urban reserves in Canada that are very progressive and that's the lead that we want to take also."

A priority for Winnipeg is widening Kenaston Boulevard. The city made plans in 2012 to increase Kenaston to six lanes, but it needs to acquire 30 parcels of the Kapyong site to do it.

Long Plain's Dennis Meeches, speaking on behalf of the other six chiefs, said he hopes negotiations with the city for that land will begin shortly.

In the meantime, demolition of buildings and infrastructure on site will continue by the department of national defence. The department started demolishing homes on Kenaston Boulevard earlier this year. Demolition is expected to take two years and will be completed in two phases. "We will ensure the lands are safe for future use," said Sajjan.

The defence minister wouldn't say what will happen with 50 acres that will stay Crown land.

"It will go through an appropriate process for that, just like any other development," he said.

Kapyong was abandoned in 2004, when the 2nd Battalion Princess Patricia's Canadian Light Infantry moved from the military base near Kenaston and Grant to the Canadian Forces Base in Shilo, Man.

The Canadian Forces then declared the site surplus, and the federal Treasury Board tried to sell it to a Crown Corporation.

That decision was challenged in court by the group of Treaty 1 First Nations, saying outstanding Treaty Land Entitlement claims meant they had a right to the site.

The land was estimated to be worth between $65-$90 million in 2015, depending on zoning and land use.

The land transfer was ruled illegitimate, and the federal government fought the decision, before in 2015 then prime minister Stephen Harper announced that the government would no longer continue to appeal the decision.

"We've come out of a very long, unnecessary journey," Meeches said prior to Wednesday's announcement.

"A lot of this could have been achieved a long time ago, but obviously land claims are very, very complicated. It's unfortunate it had to take this long. We're hoping to move pretty quick on what the future holds for Kapyong." 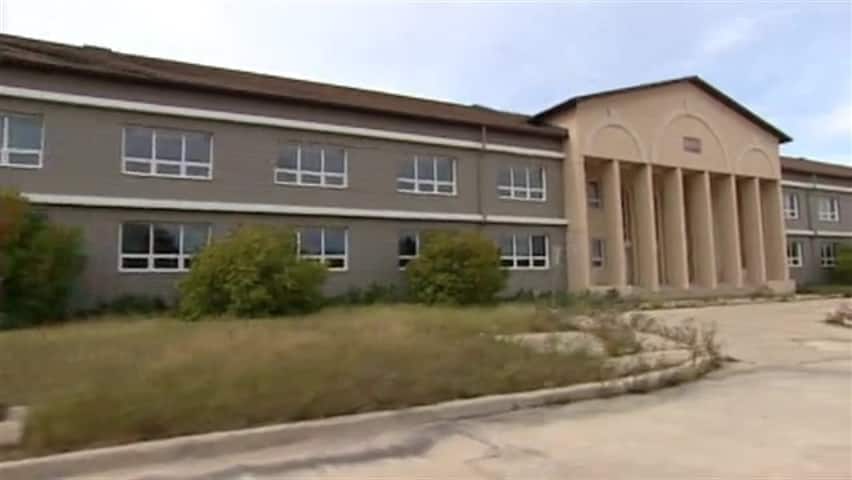 8 years agoVideo
2:12
CBC's Sean Kavanagh goes on an exclusive tour of a former military site that now has some of the most valuable and unused land in Winnipeg. 2:12

With files from Sean Kavanagh, Lara Schroeder and Elisha Dacey