Cody Severight, 23, was killed in October 2017 after Justin Holz, a then 34-year-old Winnipeg police constable, got behind the wheel of his car following an after-work get-together with colleagues at a downtown Winnipeg bar.

A former Winnipeg police officer has pleaded guilty to dangerous driving causing death in connection with a fatal 2017 hit and run, offering an apology in a Winnipeg courtroom Wednesday to the family and friends of the man who was killed.

Holz, 36, was slated to stand trial next January, but that was cancelled after the agreement was reached.

He pleaded guilty to the charge of dangerous driving causing death. The other charges were stayed.

As part of his sentence — jointly recommended by the defence and Saskatchewan Crown prosecutor William Burge, who was brought in to handle the case at the request of Manitoba's assistant deputy attorney general — Holz will also be banned from driving a vehicle for three years after his sentence.

During the two years since his death, Severight's family has made repeated pleas for justice.

Several family members offered victim impact statements on Wednesday in the packed Winnipeg courtroom. Extra chairs had to be brought in to accommodate all of the people who attended.

Severight's aunt Nancy Gabriel spoke about the pain her nephew's death caused, and the distrust she has now for police.

'It broke our family apart'

Gabriel, who is legally blind, had a support worker read her statement on her behalf.

"It broke our family apart," the worker read from the statement, while Gabriel broke down in tears. She told the court she's had no counselling, and instead attends a medicine circle weekly.

"I was so angry 'cause cops are supposed to protect people, not leave them on the side of the road," her statement said.

"Cops say 'don't drink and drive,' but this makes me feel like they can do whatever they want."

"It's hard to imagine Cody on the street dying. Why did you leave him there? You as a police officer should protect people, not hurt them."

Lebold said she had to start taking medication for the anxiety and depression she experienced after the crash.

Outside the court, she told reporters that she feels justice has been served and she appreciated the remorse Holz showed.

But she wondered if he would have received a longer sentence if he wasn't a former police officer.

"I think other people would have got more, you know."

Holz, who had no prior criminal record, appeared to struggle at times as Severight's relatives read their impact statements. He held a tissue and wiped his eyes.

He later offered an apology.

"I'd just like to say 'I'm sorry' to Cody's family and friends," he told the courtroom.

"I think about the accident every day and I'll have to live with it for the rest of my life. I know words can't fix what happened, but I am truly sorry."

Holz's lawyer Richard Wolson said the cause of the crash "without question" was excessive speed.

He told the court there were issues with the case that would have been challenged if it went to trial, including speed and the admission of tests taken. That led to him, his co-counsel, Evan Roitenberg, and the Crown reaching the plea agreement.

Burge said "circumstances in the evidence of this case pertaining to speed, alcohol and the matter of collision" factored into the plea agreement.

Holz, then an eight-year veteran of the police service, got behind the wheel of his car following an after-work get-together with several colleagues at The Pint, a since-closed downtown Winnipeg bar, on the night Severight was killed, court heard.

Several different surveillance cameras captured Holz's car speeding in the area where Severight was killed before and after the fatal collision.

In an agreed statement of facts presented in court Wednesday, Burge said a collision reconstructionist determined Holz was travelling at least 76 kilometres per hour at the point when Severight was hit. But that number was on the low end of an estimate offered by the reconstructionist, the prosecutor said.

The intersection where Severight was killed has a sign that prohibits pedestrians from crossing, according to the statement of facts read by Burge. The sightlines for both Severight and Holz were restricted because of the nearby underpass, meaning a clear view wouldn't be established until two seconds before the collision.

Severight, who was crossing Main Street with another pedestrian, had almost crossed the first lane of the street and tried to change direction just before the collision.

Holz had swerved to avoid hitting the first pedestrian.

Severight was struck by Holz's car and propelled more than 16 metres. He suffered a fractured skull and broken neck when he hit the cement sidewalk, court heard.

Holz didn't stop, but instead was captured on video speeding down Main Street at speeds up to 129 kilometres per hour, the prosecutor said. He was located by police more than seven kilometres away.

Police responded and detained Holz at 8:31, but the officers said no symptoms of impairment were noted. At 8:55, however, the smell of alcohol was noted, the prosecutor said.

Holz was arrested at 9 p.m. for impaired driving and a demand for a breath sample was made at 9:05 p.m.

It wasn't made clear in court when exactly Holz gave those samples. In the days after his arrest, police said it was three to four hours before arresting officers gave their colleague a breathalyzer.

The test established his blood level alcohol level at the time he gave the breath samples didn't exceed the legal limit.

'Haunted by what he's done'

Ten days after the collision, two other officers, who had been involved in the investigation into Severight's death, were placed on administrative leave. They were later cleared of criminal wrongdoing by Manitoba's police watchdog.

Garreck said Holz's actions raised anger toward police, and hurt his own family.

"He has changed the dynamic of two families for life," the judge said, acknowledging Holz has expressed remorse for his actions on the night Severight was killed — actions which she said didn't appear to match how Holz lived his life before the fatal hit and run.

Wolson said his client led a life of helping others. He volunteered to coach hockey and performed countless hours of community service, in addition to raising money for Dream Factory — a charity that works with children who are battling life-threatening illnesses.

"I can tell you that Justin's life has been changed forever. He lives with the death of Cody Severight. He's haunted by what he's done," he said.

Winnipeg police Chief Danny Smyth expressed sympathies to Severight's family in a statement Wednesday. The chief said he hoped they were given some comfort by being spared the anguish of a trial.

"They are also victims. The officer has been held accountable," he said.

Holz's high-profile case was the first in a string of cases involving officers charged with impaired driving.

A month after Severight was killed, two other Winnipeg police officers were arrested for impaired driving.

CBC News later learned of two other cases where officers were charged with drinking and driving that the Winnipeg Police Service failed to disclose to the public.

Police would later reveal five of their own, including Holz, had been charged with impaired driving in 2017.

One of the officers was consigned to desk duty and lost his licence for 12 months, in addition to being fined. Two other officers were acquitted, while another was given a curative discharge.

Last August, CBC News reported that Holz, who was on paid administrative leave, was no longer a member of the police force. Police refused to say whether he resigned. 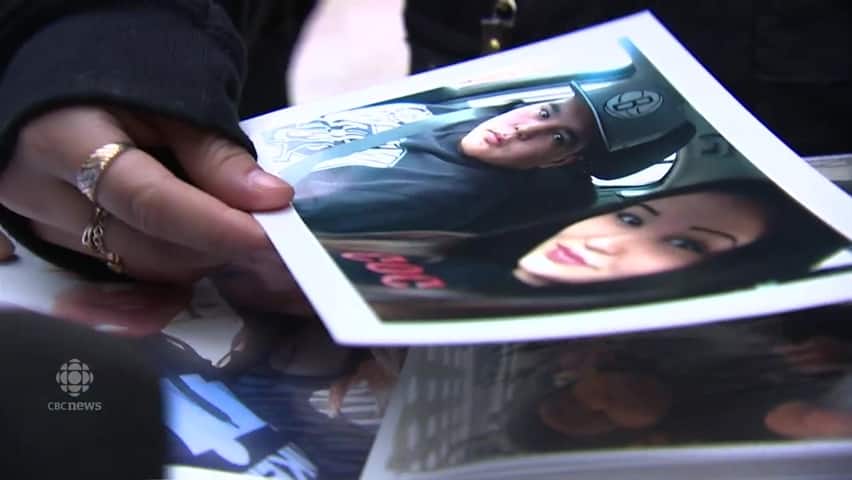 1 year agoVideo
1:50
A former Winnipeg police officer has pleaded guilty to dangerous driving causing death in connection with a fatal 2017 hit and run, offering an apology to the family and friends of the man who was killed in a Winnipeg courtroom Wednesday afternoon. CBC's Austin Grabish reports. 1:50