Joshua Jacks Mennie was a tall, good-looking man with a great sense of humour, his family says — but he also battled a serious addiction that later took his life.

Joshua Jacks Mennie was a tall, good-looking man with a great sense of humour, his family says — but he also battled a serious addiction that later took his life.

"Alcohol was the beginning, which was really huge," said his mom, Kathy Mennie.

"It developed into anything he could use."

Mennie's legacy as a man who loved helping others will live through a new drug withdrawal and transitional housing facility in Brandon, Man., that will bear his name.

Mennie said her son was an expert glazier, installing windows and doors for his family's business in Brandon.

But he turned to alcohol — and eventually drugs — in an effort to self-medicate for anxiety and depression he developed at a young age, his mom said.

Like many families battling addiction in rural Manitoba, Kathy said they searched high and low for everything from detox to long-term treatment.

"We searched," she said. "Everything, we tried. Every time we opened up a door, another door closed."

Families in Brandon, about 200 kilometres west of Winnipeg, and the surrounding area have been calling for better addictions treatment services for years. Many have likened the services available to a patchwork quilt, with gaps accessing medical detox and residential long-term care.

"The whole family is helpless and they're walking around in a fog while the person is using whatever they are using," Mennie said.

Mennie said her son began to have seizures from alcohol withdrawal, and he detoxed in hospital each time.

"They counselled him and talked to him but then when you leave that hospital you are left with a pamphlet and an intake worker to see you in three to four weeks and you're left on your own," she said. "It's not enough by far."

Joshua eventually got into the Addictions Foundation of Manitoba, where he stayed for 20 days.

He died just five days after he left the program.

Glen Kruck, regional manager at Community Health and Housing Association (CHHA) in Brandon, said he's seen the gaps in services and he knew something had to be done. He saw Joshua's death as the last straw.

"There's so many people who have passed away and it was just one after another after another, and when I heard about Rick and Kathy's son, it was like 'enough is enough,'" Kruck said.

"We have to do more," he said. "The system is failing so many individuals. That was the spark of saying we've got to do more."

Kruck said work began to find funding and space for a detox facility and housing for long-term recovery. A warehouse in the city's core is in the midst of being transformed into a six-bed staffed withdrawal facility, located on the main floor.

The aim, Kruck said, would be for those living with drug or alcohol addiction to overcome their detox period with staff at their side to help, before heading off to a 21- or 30-day treatment program.

After they complete that, he said the person would come back to the facility and stay in one of the nine long-term transitional housing suites — on the second floor of the building — to complete their recovery with staff assistance.

Kruck and Mennie both said it's a start, given the impact substances like crystal meth have had on the community.

"It's just spread like wildfire," said Kruck. "It's incredibly widespread in the community of Brandon and throughout this province and it's had a horrible impact."

"This is much, much needed, and we need a whole pile more," said Mennie.

Kruck said he was so touched by the Mennie family's story, CHHA decided to name the facility after Joshua — naming it the Joshua Jacks Centre.

"I'm sure that Josh is looking down on us right now," said Mennie. "He would be absolutely thrilled with this.

"He had so many doors that were closing and now he's seeing doors that are going to open and give a lot of people hope and healing."

Mennie said Joshua liked helping people and knows the new facility will do just that. Kruck said the aim is to have the facility open by May 1, if not sooner. 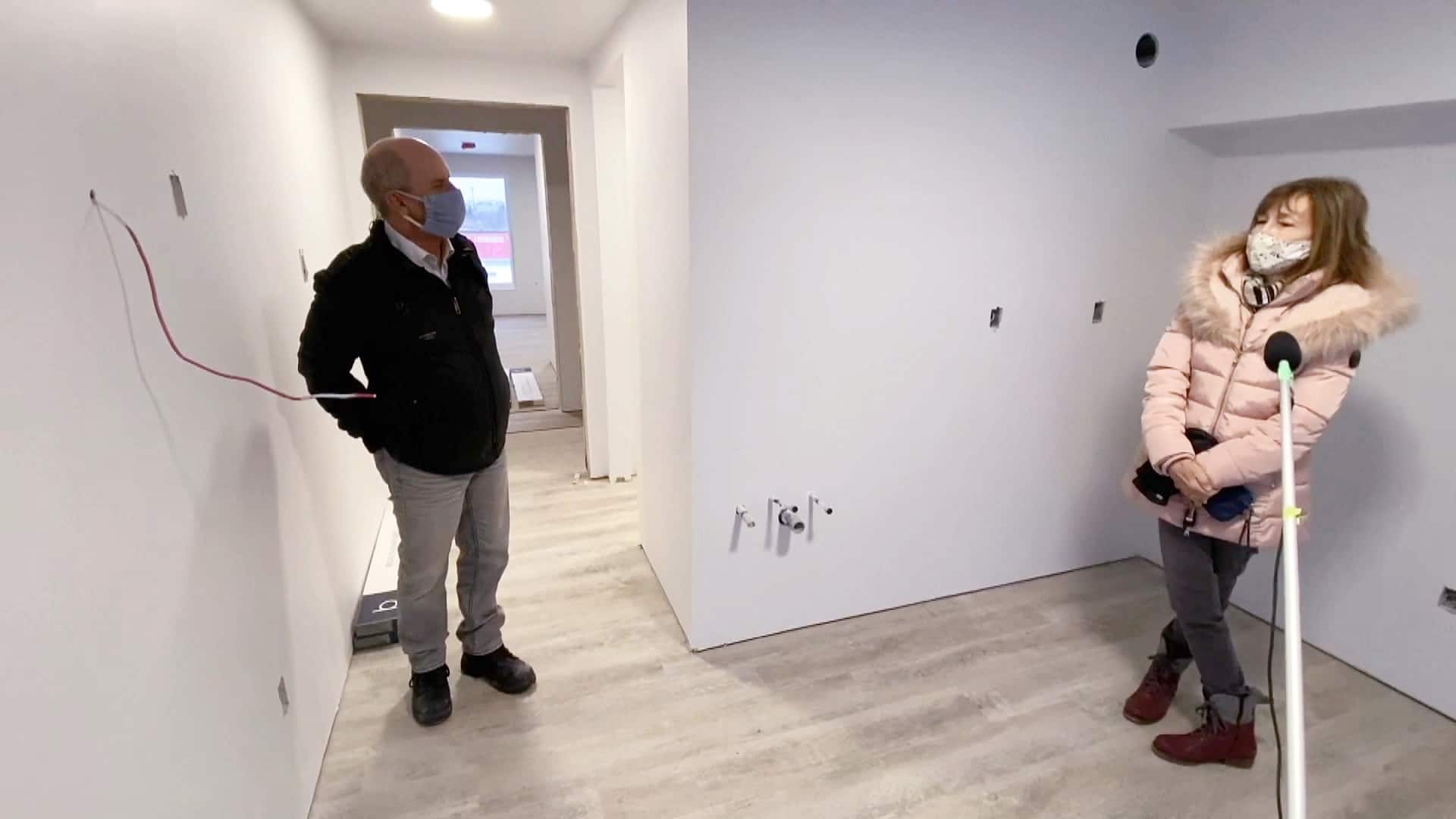 1 month ago
2:29
Joshua Jacks Mennie died in December 2016 after years living with alcohol and drug addiction. Now a transitional housing facility in Brandon, Manitoba's core area will be named in his honour. 2:29