A Winnipeg boy got the surprise of his life when Winnipeg Jets rookie forward Patrik Laine showed up at his house to wish him a happy birthday.

'I never really thought he would ever come, it ended up really well,' says Lucas Bydak, 8

A Winnipeg boy got the surprise of his life when his hockey hero showed up at his house to wish him a happy birthday.

It all started when Lucas Bydak, 8, wrote a letter to Winnipeg Jets rookie forward Patrik Laine and invited him to his birthday party planned for Jan. 7.

"It sat on our fridge, because I didn't think to mail it," said Bydak's mom Nicole Berube. "He kept insisting that I mail it to Patrik,"

On Christmas Day his uncle saw the letter and decided to post a photo of the hand-written note on Twitter.

Berube said Laine's mother, Tuija Laine, got in touch with the family by email, after hearing about the letter through a media report in Finland. She told the boy's mother Laine couldn't make the birthday party, but he wanted to send a little something in the mail. Then Thursday, Laine and his mom showed up at the family's home in person.

"Big surprise," said Bydak. "I was really excited. I never really thought he would ever come.... It ended up really well." 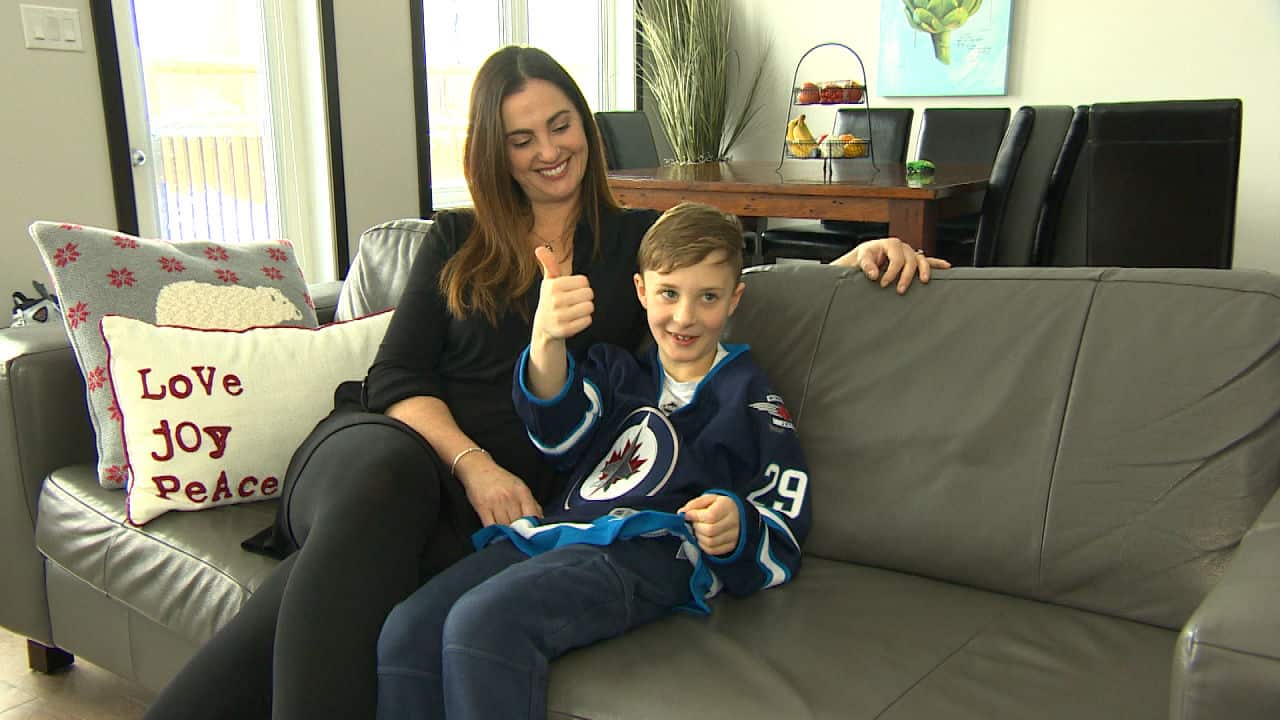 4 years ago
1:33
Lucas Bydak got the surprise of his life when his hockey hero showed up at his house to wish him a happy birthday. 1:33

Laine wished him happy birthday, signed his jersey, and brought a few gifts including some of his favourite candy from Finland.

The 18-year-old Jet is currently on the injured reserved list, after suffering a concussion in the game against the Buffalo

Bydak said he asked how Laine was feeling and congratulated him for being named to the 2017 NHL All-Star team.

"I asked him if he was going to the All-Star game," said Bydak. "He said maybe."

"From a mom to another mother, I really appreciated all the work that they did to find Lucas," she said.

She added it not only made her son's year, but her year as well.

"I think it's even more exciting for me because I know how important it is to him."