A long-time Winnipeg Jets fan and season ticket holder says he was astonished a Chicago Blackhawks fan was allowed into Sunday's game wearing a fake headdress. 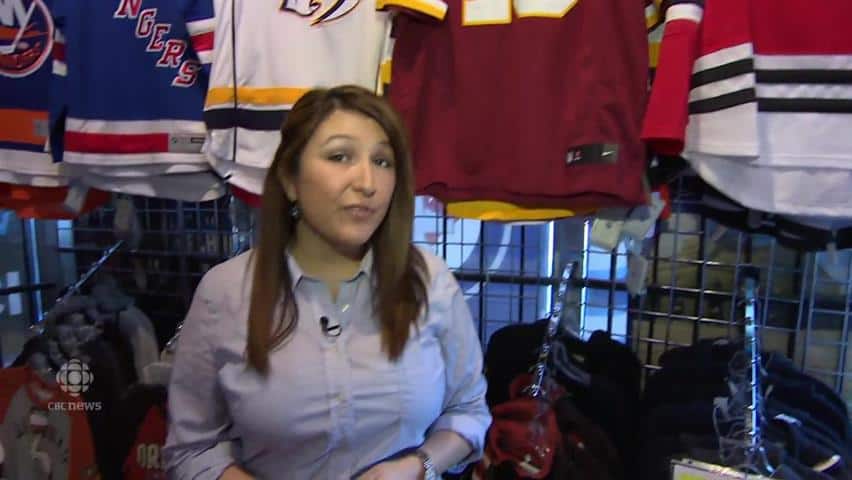 6 years ago
2:12
A long-time Winnipeg Jets fan and season ticket holder says he was astonished a Chicago Blackhawks fan was allowed into Sunday's game wearing a fake headdress 2:12

A long-time Winnipeg Jets fan and season ticket holder says he was astonished a Chicago Blackhawks fan was allowed into Sunday's game wearing a fake headdress.

Jordan Wheeler has filed a complaint with the Jets owners, True North Sports and Entertainment, and wants the team to ban headdresses at hockey games.

A spokesperson for True North says the complaint is being taken seriously.

Wheeler said it's one thing to dress up for games, but a headdress is taking it too far.

CBC has learned the Chicago fan wearing the headdress is Rob Bear, who runs a casino in Yorkton, Sask.

He declined to be interviewed.

Wheeler said he was able to reach him afterwards on social media.

He said Bear told him it wasn't a real headdress, and that the eagle feathers were fake.

Wheeler, who is a Winnipeg writer and member of the George Gordon First Nation in Saskatchewan, said that doesn't help much.

He said a headdress is sacred to aboriginal people, worn only by chiefs or those who have earned the right.

Wheeler said it was an unacceptable use of an important symbol.

"We have to hold our own people accountable to the mistakes we make and anybody's free to take shots of me, if I cross the line here, and I'm sure I have," he said.

Niigaan Sinclair, an assistant professor at the University of Manitoba and voice on aboriginal issues in Manitoba, said it's shocking that a First Nations person would wear such a sacred item to a hockey game.

"For him as an indigenous person ... for him to put it on, it sends a message to non-native people everywhere that this kind of behaviour is OK," Sinclair said.

Sinclair said headdresses should be banned at sports events but he wants that taken even further.

He said the NHL should ban all logos and team names that refer to indigenous people.

"We need to get indigenous people off jerseys, hats, [and] mascots," he said.

Helmets and large kinds of hats are not permitted at Jets games.