'Something's missing, and it's him': Winnipeg family reeling after teen's death in random home invasion

Jaime Adao, 17, died after being attacked in his Winnipeg home. His death has left his close-knit family reeling, his aunt says.

Jaime Adao, 17, loved to help his parents at their bakery, aunt says

With the loss of her 17-year-old nephew in a deadly home invasion, Roxy Roy says she feels a part of her is missing.

Jaime Adao died after being attacked Sunday in his home on Winnipeg's McGee Street.

Police said the student at Technical Vocational High School was home with his grandmother when a man forced his way into their house.

"I feel so empty — like something's missing, and it's him," Roy said Tuesday afternoon.

"Because every time we would go to their house, or they would come here … he's always there," she said.

"Now what's going to happen when we go there, and he's not there anymore?"

Roy said Adao was beloved by his family, who nicknamed him Jimboy.

"He is a very sweet boy, very respectful. He always helps you, he always helped his parents," she said.

The teen was passionate about baking and loved helping out in his parents' bakery, where they sell Filipino bread and other treats.

Roy said Adao would rather be in the bakery helping his family than going out, and wanted to be involved with the family business some day. He was set to graduate this spring from high school, where he was known as a popular student.

Police were called around 9 p.m. CT Sunday about a break-in in progress.

Adao had called 911 and was talking with dispatchers when the attacker entered the home and began assaulting the teen.

When officers arrived, they found Adao being attacked by a man with a weapon. The attack was recorded and heard by the 911 dispatchers.

The responding officers shot at the attacker, who police say is a 29-year-old man well known to them. He was rushed to hospital, where he remains in critical condition.

Adao, however, died from his injuries, police said.

Winnipeg police spokesperson Const. Rob Carver said Monday that Adao and his grandmother were the only people home at the time. Adao was studying for exams while his parents were out.

Police do not believe there is any connection between Adao and his attacker, and Carver called the assault "completely random in its nature."

Roy said the grandmother is devastated.

"She's asking, 'Why why did it happen to him? He's such a good boy. He never did anything to anybody. He's pretty much friends with everybody,'" she said.

The killing has rocked Winnipeg's Filipino community, members of which organized a vigil Monday night.

Now, they are planning on organizing a meeting to give people a chance to share their heartbreak and their safety concerns.

Leila Castro, founder of the Filipino citizen patrol group 204 Neighbourhood Watch, who is organizing the meeting, said many people in her community feel traumatized by Adao's killing, even if they didn't know him or his family.

"The common message from each one, especially the parents, is they don't feel that this is still a safe city for their children," she said.

"So the fear is there. The heartbreak is there. Regardless if their children is inside the safety of their home or outside, it's possible that they can be victimized. … It can even lead to death."

Castro said she thinks it's important to give people a chance to talk about their worries and process what happened.

"We need to heal ourselves, and at the same time, we need answers."

Roy said the family is grateful for the community's outpouring of support.

Still, it's the little things that remind her of Adao and pull her back into her grief. Even driving by a KFC restaurant, where Adao used to get his favourite chicken, is difficult.

"I would post stuff on my Snapchat and he's always the first one to look at it. Now I don't have anybody to look at my stuff," she said.

"We want to get justice for him," she said.

'We hope that whoever did it pays for everything that he's done. Because he killed an innocent boy, who's got big dreams, but he's not able to finish any of his dreams because he killed them so young." 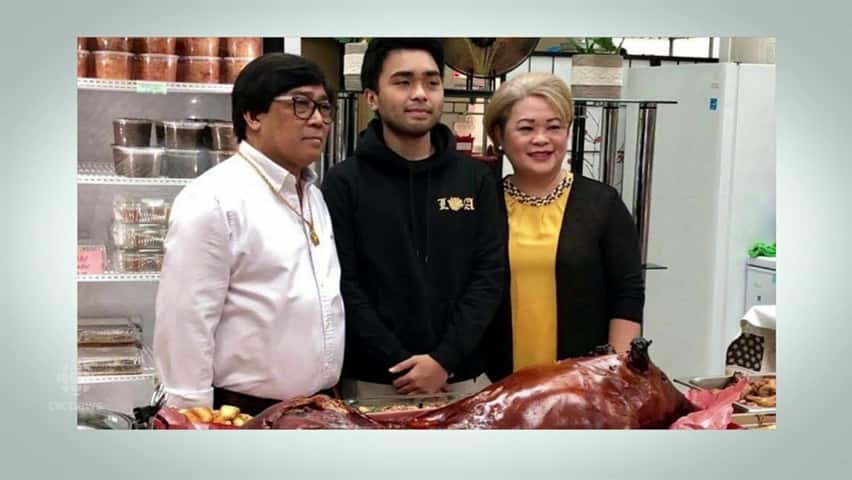 2 years ago
2:22
Friends and family are coming to terms with the loss of Jaime Adao, who was murdered Sunday in a home invasion. 2:22

Sarah Petz is a reporter with CBC Manitoba. She was previously based at CBC New Brunswick. Her career has taken her across three provinces and includes a stint in East Africa. In 2017, she was part of a team of reporters and editors nominated for a National Newspaper Award for a feature on the Port of Saint John in New Brunswick. She can be reached at sarah.petz@cbc.ca.