Manitoba Health has released inspection reports from a handful of nail salons to the CBC I-Team. The inspection reports detail a lack of sterilization of equipment, unsatisfactory cleaning procedures between clients, and workers reusing single-use items on multiple clients.

Estheticians call for more regulation in the beauty industry 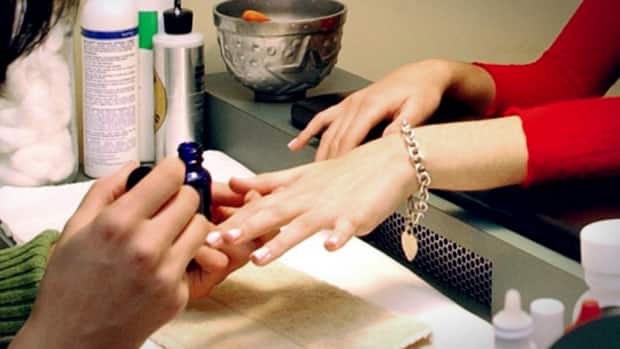 5 years ago
2:08
Manitoba estheticians call for more regulation in the beauty industry 2:08

Manitobans looking for a little pampering in some spas or salons may be putting themselves at risk of infection — although if there's a problem, they're unlikely to find out about it.

Manitoba Health has released inspection reports from a handful of nail salons to the CBC I-Team. The reports reveal numerous health and safety infractions — and all but two salons were repeat offenders.

The inspection reports detail a lack of sterilization of equipment, unsatisfactory cleaning procedures between clients, and workers reusing single-use items on multiple clients. 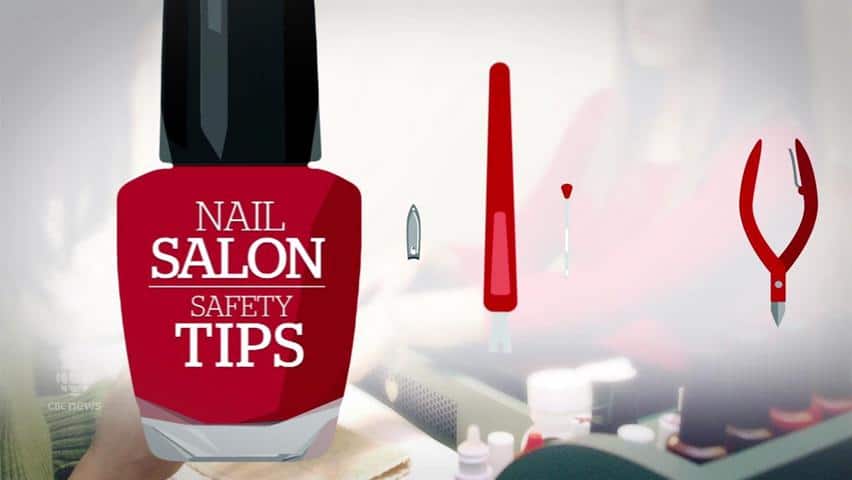 5 years ago
1:58
Slimy foot spas and dirty workstations are pretty obvious, but some signs a salon doesn't meet health code might be hidden. What should you look for to protect yourself when you go to a nail salon? Winnipeg esthetician Jocelyn Diamond breaks it down for CBC's I-Team and you. 1:58

A series of reports on Aloha Nails on Regent dating back to April 2012 details non-compliance with equipment sterilization practices and other concerns. In another report from August 2013, lab analysis of water samples taken from five foot baths found the bacteria Pseudomonas in four of the samples.

Pseudomonas can cause infections, rashes and more serious illness in immuno-compromised people. The province ordered the spa to close the four foot baths until they tested negative for the bacteria.

Health inspectors sent a letter to Aloha outlining 15 health concerns at four of its locations. Among them: improper sterilization of tools.

"Technicians will require multiple sets of tools," the inspector wrote, "so that they can continue on with another client using a clean, disinfected set while the other set is being disinfected."

Inspection reports on Chic Nails on Goulet Street highlight repeat offences. In June 2010, the spa was ordered to disinfect all foot baths and to stop "cutting cuticles and breaking skin without sterilizing implements." It was also told to buy an autoclave, a machine that uses high-pressure steam to sterilize tools.

In August 2014, the health inspector closed a complaint file about a customer who developed a fungal infection, stating the salon had greatly improved and "I have no worries at this time."

A year later, the inspector was back following a lengthy complaint from a bridal party that alleged staff had reused improperly sterilized tools on multiple people and employed a "visibly used emery board, pumice stone and nail buffer."

Chic Nails was given a dozen recommendations to bring it in line with health standards. A week later, a subsequent inspection found the salon was substantially cleaner but it was still reusing non-reusable tools. The inspector issued a warning.

Carter Chen, who speaks for Chic Nails, acknowledged the report findings and said the bridal party complaint was likely due to a language barrier.

Saigon Nails on Ness Avenue also had issues. In August 2011, a customer complained about a rash after getting a pedicure. Water samples taken from three foot baths all tested positive for Pseudomonas and one of them also tested positive for total coliforms.

The salon was ordered to super-chlorinate all foot bath jet systems and refrain from using them until two consecutive lab reports could confirm they were safe. It took several months to bring the levels of bacteria down to acceptable levels.

Inspectors had to review proper foot bath sanitizing procedures with staff again in 2013 and caution staff about reusing single-use tools in 2014. Its last inspection report in September 2014 notes, "The premise was clean at this time and there were no issues at this time."

'Visible signs of slime and dirt on foot spas'

The owner of LC Nails said there have been no repeat slime issues in the foot spas.

"We clean every day," Tina Pham told the I-Team. "We put a cup of bleach in the water and we soak about 15 minutes after every client."

At Eva Nails, Nhu Quyng Nguyen told the I-Team it keeps a clean shop and now cleans its tools with soap and water before putting them in a sterilizer.

'3 strikes, you're out,' says esthetician

When a restaurant or pool fails an inspection, the results are posted on the province's website. Not so for salons and spas.

Manitoba has never required annual inspections for salons and spas. The only thing that triggers a health inspection at a salon or spa is a complaint from the public, and unless the inspection results in a fine or closure of the spa, the results are not made public.

That's not good enough for some in the esthetics business.

"They're just getting a slap on the wrist," said Jocelyn Diamond, an esthetician who wants to see tougher industry regulation.

"If it's the same thing happening over and over again, they're not learning from their mistakes."

Diamond believes chronic offenders should be shut down.

"Three strikes, you're out," Diamond said. "If you're doing the same thing over and over again, you should be closed."

"It concerns us that these people sometimes just aren't getting it, and they need to be constantly reminded," Mike LeBlanc said.

"I guess you're always going to have people who are going to cut corners or save a few pennies or something like that by reusing stuff."

LeBlanc said inspectors don't have the power to close a nail salon. Only a medical officer of health can order a nail salon to be shut down if there is proof that allowing operations to continue would cause a major risk to the public, such as by exposing clients to hepatitis B or C. LeBlanc said so far, that hasn't happened.

"It needs to be public knowledge. People need to know where they can go that's safe for them."

However, Manitoba Health is prioritizing restaurants and pools and doesn't see a need to change its approach to monitoring spas and salons. According to LeBlanc, inspectors only get one or two complaints a month, and there are nearly 1,000 businesses in Manitoba offering spa and salon services.

"We believe we're doing a pretty good job," LeBlanc said. "We're getting to the places that need attention. We can't be everywhere at once."

"With any industry, even with restaurants, we're just dropping in there. We're just getting a snapshot in time," LeBlanc added.

"The public can be our eyes and ears. We encourage them to contact us and to let us know what they're seeing. If we receive a complaint, we will investigate it."