Manitoba drivers are more likely to illegally zip past stopped school buses than drivers in other provinces. 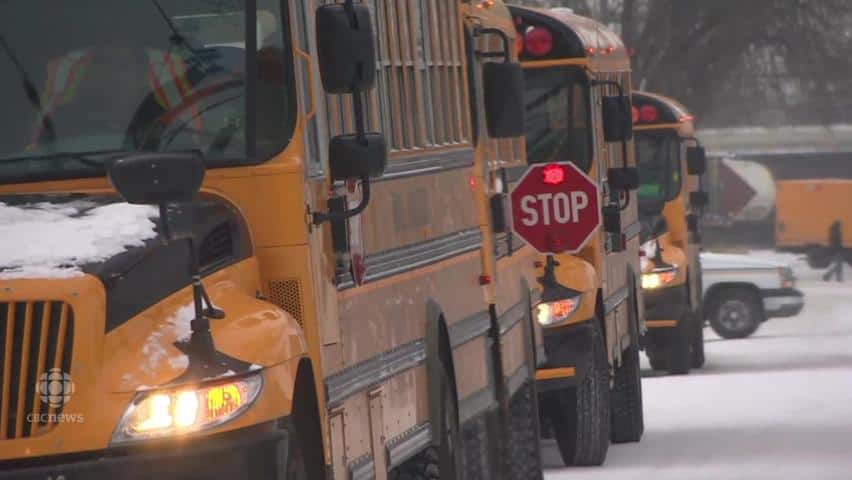 6 years agoVideo
1:58
Manitoba drivers are more likely to illegally zip past stopped school buses than drivers in other provinces. 1:58

Manitoba drivers are more likely to illegally zip past stopped school buses than drivers in other provinces.

Teknisult, a Winnipeg company that makes cameras and software to track violations, has been recording the habits of drivers across the prairies in scenarios involving school buses.

The company has been gathering data from 10 school buses operating in Alberta, Manitoba and Saskatchewan for the last four weeks as part of a pilot project.

Gregoire said of the 10 buses being tracked, there’s been an average of five traffic violations recorded per day.

Ladine Klassen, a Winnipeg mother, was upset to hear about Teknisult’s results.

“I think that that’s terrible, because it is unsafe and the same message has been given to us over and over again about stopping if that stop sign is out,” said Klassen.

Anne Heinrichs, mother of three, said she sees drivers getting impatient when school buses have their flashing stop sign extended.

“I think drivers need to stick to the rules and if they can’t, they shouldn’t be driving,” said Heinrichs.

Winnipeg police have issued 17 tickets in 2014 to drivers speeding past parked school buses, down from 20 in 2013.