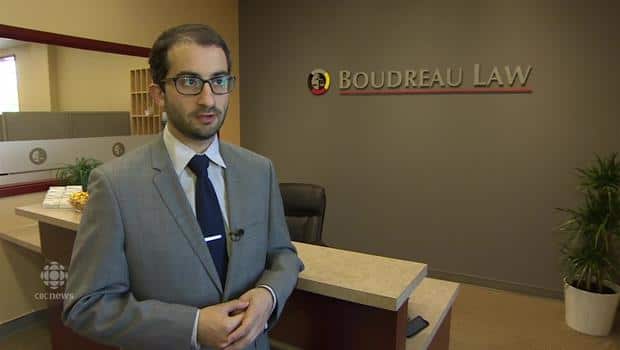 Aaron Driver, a Winnipeg man who was arrested for expressing support online for ISIS, has been released on bail with 25 conditions, one of which is that he undergo "religious counselling."

Driver, 23, has been active on social media in recent years, frequently posting supportive views for ISIS in groups online.

Shefman said he's shocked Driver's home was raided June 4, and that he was arrested and held by RCMP.

Investigators have invoked a section of Canada's Criminal Code and are pursuing a peace bond to limit Driver's activities.

"Police may pursue the order (a recognizance) with conditions such as to keep the peace and be of good behaviour if they have reasonable grounds to believe that a person may commit a terrorism offence," the RCMP said in a statement earlier in June.

But Shefman said investigators had no right to arrest him for those reasons.

"We need to be sure that we're separating his frankly abhorrent views from his rights as a Canadian citizen," said Shefman.

The bail conditions require Driver wear an electronic ankle bracelet that monitors his position around the clock. He's also not allowed to own a computer of any kind; he has to stay off of social media and stop communicating with ISIS supporters, too.

"He could go to jail for failing to undertake religious activity. That doesn't sound like Canada to me ... that sounds like a theocracy," said Shefman.

Shefman said the bail conditions are in clear violation of the Charter of Rights and Freedoms, because Driver hasn't been charged with a crime.

"It isn't the state's place to be telling any Canadian citizen they must or must not be engaging in religious activity."

Driver's lawyer would not comment on the bail conditions or say whether his client has had any religious counselling yet.

But the head of the Islamic Social Services Association Canada said she's willing to help — if Driver asks for it.

"I am concerned because he's a child to me," said Shahina Siddiqui.

Siddiqui said there's special counselling available for Canadians who want to learn about Islam, and courses to help prevent young people from being recruited by extremist groups.

Siddiqui said she has never heard of religious counselling being part of bail conditions. Like Shefman, she is concerned the conditions on Driver are too harsh.

"My concern … basically is that a person who is just on the brink … or who is talking about ideas that to you and I may seem extreme … by putting restrictions on them, is there a potential of pushing them over the brink?" said Siddiqui.

He said the conditions are pretty harsh and that Canadians have a right to know what evidence the police have against him.

"Those are the things I'm looking at in terms of [the] actual threat."

Amarasingam added he thinks police are trying to make an example out of Driver.

"Whether it's going to drive people to more extreme positions, if they feel there's no real way out or they can't maintain their life in Canada; whether that will lead to a kind of lashing out, it's tough to say," said Amarasingam.

Driver is due back in court on July 9.