Paramedics in Manitoba's Interlake region say they fear patient safety is being put at risk because health officials have failed to keep up with hiring. 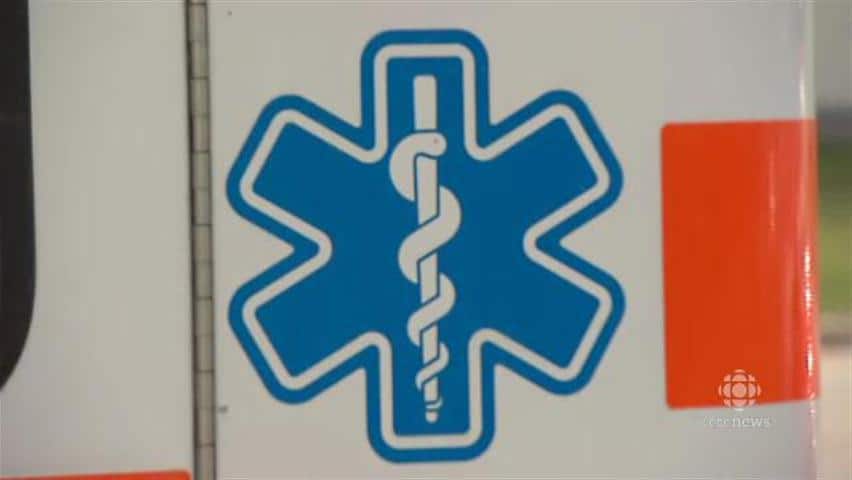 7 years agoVideo
1:56
Paramedics in Manitoba's Interlake region say they fear patient safety is being put at risk because health officials have failed to keep up with hiring. 1:56

Paramedics in Manitoba's Interlake region say they fear patient safety is being put at risk because health officials have failed to keep up with hiring.

Nine paramedics met with CBC News in Selkirk, Man., last week to talk about a slowdown in hiring in recent months.

The paramedics say they are maxed out as more than 20 paramedic positions have been unfilled, and they say ambulances are being taken out of service way too often.

"My family lives in Selkirk and there's so many times [that] I know of that if something ever happened to them, they would not have an ambulance," said Dan Trakalo, one of the paramedics.

Twenty-one paramedic positions were vacant as of last week, the Interlake-Eastern Regional Health Authority has confirmed. The region is supposed to have 125 full-time paramedic staff plus 124 casuals.

The concerned paramedics said the number of vacancies peaked at 26 this past summer, a number that the health authority could not confirm or deny.

The Interlake-Eastern Regional Health Authority covers an area of 61,000 square kilometres and serves a total population of about 122,000, according to its website. The region has a total of 19 EMS stations.

'It just started to crumble'

"That's where it just started to crumble and not get better," he said.

Most of the concerned paramedics are based in Selkirk, and they said on many nights there was only one ambulance available in the community. Usually, there would be three.

On some nights, several ambulances across the health region were shut down at the same time, they added.

"You don't want it to come down to someone having a heart attack and the closest ambulance being 45 minutes away, before … that hits the media then, 'Oh, then it's time to make a change,'" said Rebecca Chubaty.

"Yeah, I think we dropped the ball on that," he said, but insisted that patient safety is not at risk.

Stinson said in the last week, offers were made for 16 of the 21 vacant positions. But since some of those offers involve internal hires, that could create new vacancies, he added.

Stinson said it may take a few months before staffing levels are brought back to normal.

A staff survey filled out in September by 154 Interlake-Eastern EMS personnel indicated that:

Paramedic Lorne Harley said it has been difficult to see such a change from how things used to be.

"It was more than a job. You wanted to keep things going. I still do, and it's hard," he said.

"It's hard to see things drop the way they have, when you see trucks sitting — like, that would never happen."

Fontaine said people in the community are also noticing a difference.

"Neighbours called an ambulance and they waited 25 minutes for an ambulance in town here, which is usually five [minutes], maybe 10, to have an ambulance arrive on your door if you're at the edge of town," he said.

"You try and explain it and it hurts, but it's just like you got to stick with the facts and tell them, you know, 'It's busy.' Sometimes you sugarcoat it and say, 'Ah, we're real busy'…. Meanwhile, deep down we all know the reason."

Stinson said he wants the paramedics to feel comfortable coming forward with concerns, and he has spoken with his EMS managers about making changes.