A Winnipeg developer is wondering why a trio of city councillors voted against a Crescentwood infill project that has the blessing of city planners.

Coun. Orlikow voted in favour of growth fees but against infill project endorsed by city planners

A Winnipeg developer is wondering why a trio of city councillors voted against a Crescentwood infill project that has the blessing of city planners.

Ventura Developments wants to build a four-storey, 12-unit condominium building at the southeast corner of McMillan Avenue and Harrow Street, backing up against an office building that faces Corydon Avenue. The vacant lot used to house a pair of derelict bungalows.

In a report to council's city centre community committee, city planner Andrew Ross recommended councillors endorse the project because it "adds density to a mature community and adds to the mix of housing types in the neighbourhood in a context-sensitive manner." 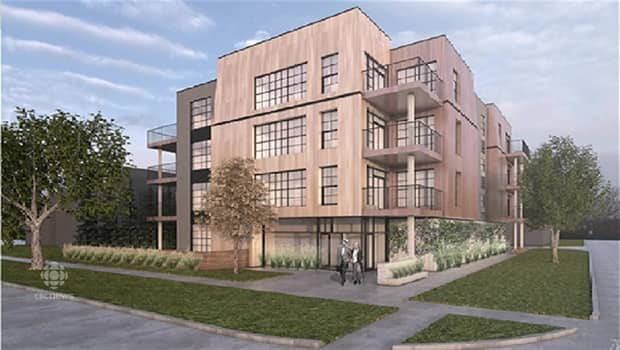 4 years ago
1:50
A Winnipeg developer is wondering why a trio of city councillors voted against a Crescentwood infill project that has the blessing of city planners. 1:50

Orlikow, who is both the area councillor and city council's property chair, said he did not accept the amalgamation of two plots of two separate lots at the site.

"I believe it's a bad precedent-setting for the neighbourhood and I believe it's encroaching down the block by doing that," Orlikow is recorded as stating at the Nov. 8 meeting.

The councillor, who lives in Crescentwood, also said the project does not fit into the neighbourhood and would set a precedent by building up on a corner lot.

Ventura vice-president Tim Comack said he was shocked by the decision because he instructed his architect to ensure the project conformed precisely to the city's infill-development guidelines, which identify corner lots on collector streets such as Harrow as ideal locations for similar projects.

"From the perspective of the guiding documents and policies and guidelines, this project is the perfect example of what should be approved," Comack said Monday in an interview.

While it's not unusual for city councillors to vote against the recommendation of city planners, these decisions usually occur as a result of overwhelming community opposition. A total of 14 people registered to oppose Comack's project at the city centre committee hearing, which took place on the same night as the U.S. presidential election.

South Winnipeg-St. Norbert Coun. Janice Lukes questioned the city centre committee vote, noting it appears to fly in the face of city efforts to increase density and promote development in existing neighbourhoods. She also said it's bizarre to see council vote in favour of growth fees in October to combat the costly effects of sprawl, only to see an infill project opposed by councillors in November.

​​"It's really highlighting the need to have clear policy on how to do proper infill," said Lukes, adding she thinks councillors ought to be required to follow city infill-development policies to ensure decisions are made uniformly in all areas of the city.

Orlikow told CBC News on Monday he could not comment, given his role in the public hearing on Nov. 8.

Ventura's proposal is expected to come before Orlikow's property committee on Dec. 5. Comack said he's holding out little hope that committee will reverse the city centre decision but is more optimistic about council as a whole later in December.

"The city needs to start growing up (and) start providing a variety of housing and types as called for in Our Winnipeg," he said, referring to the city's long-term planning framework. "And I think we need to find ways to reuse existing infrastructure, especially on vacant land like this to increase the tax base. We can't just keep raising taxes as we have been doing."

Comack was among the developers who appeared before council's executive policy committee this fall to oppose the growth-fee plan council approved on Oct. 26.