A sacred fire is burning at a West End Winnipeg home for an infant who his family says "has gone to join his mommy in the spirit world."

A sacred fire is burning at a West End Winnipeg home for an infant who his family says "has gone to join his mommy in the spirit world."

Ten-month-old Anthony — known as AJ, or more endearingly to family as "Bambino" — was in the back seat of a van with his mother, Jennifer Dethmers, when a pickup truck that was speeding away from Winnipeg police slammed into the van in the William Whyte neighbourhood on Sept. 26.

Dethmers, 30, died in the crash and AJ was rushed to hospital in critical condition. Dethmers's partner and stepdaughter were also hospitalized with serious injuries.

AJ's family said on Wednesday that he had died.

"My little grandson was the strongest warrior I've ever met in my life," Candy Volk, Dethmers's mother, said between sobs as she was comforted.

"He fought so hard to stay with us. He was brave and he was strong and he had so much courage," she told reporters Wednesday, speaking at the Furby Street home where the sacred fire for her grandson is burning.

"But that accident caused so much damage to his little body that he couldn't fight it."

Volk wore a sweatshirt, pulled over her parka, featuring a photo of her daughter and AJ. She spoke about how AJ would visit her nearly every day and how she watched him develop.

"I was in the room when he was born and he took his first breath and entered our lives," she said. "And early this morning I held him in my arms and he took his last breath."

"My little Bambino was just starting to develop his own little personality," she said. "This isn't fair, this isn't right. He was just a baby."

Volk said it's difficult, with Halloween just days away, to be reminded of the coming holiday season.

"We had so many plans of what we were going to do," she said, noting Dethmers had decorated the house for Halloween and had AJ's costume ready.

He was going to wear it to Volk's house, where the family was preparing a small COVID-19-safe event. 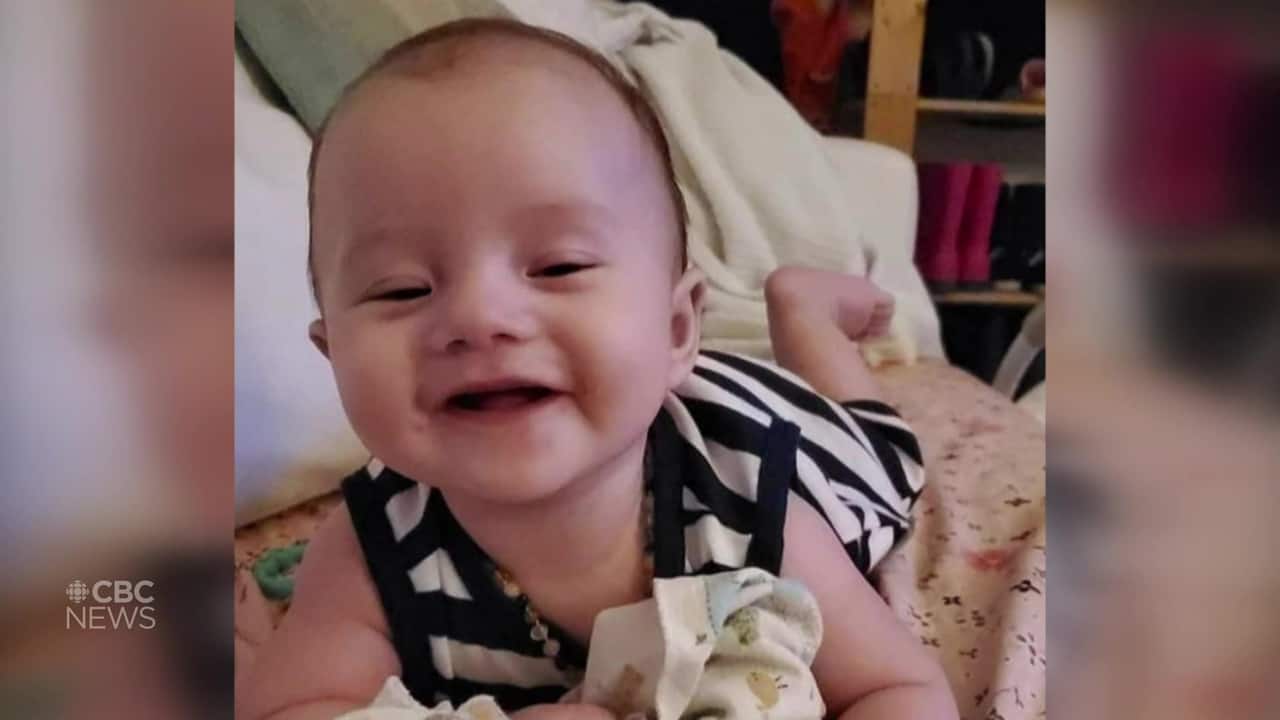 4 months ago
1:57
Family members say an infant who had been in hospital since a crash last month that left his mom dead "has gone to join his mommy in the spirit world." 1:57

Dethmers had also picked out party decorations and presents for AJ's first birthday on Dec. 3.

"She loved him so much and she was such a good mommy to him. Her world revolved around that little baby," Volk said.

"Now I've lost my daughter and I lost my grandson all within a matter of weeks. I don't know what to do. I'm so lost."

'He has to go on that big journey all by himself'

In a Facebook post, where she announced AJ's passing early Wednesday, Volk wrote "our only comfort at this time is knowing while we mourn and grieve, our Jenny is having the most glorious reunion with her son who she loved so much."

Volk thanked everyone for their love, prayers and support over the past month and said there is an open invitation to visit the sacred fire.

"Anyone is welcome to come and to offer prayers for my little Bambino as he's on that journey," she said. "He's so small and he has to go on that big journey all by himself [but] I know his mommy's waiting for him."

Volk asked that people to bring wood to keep the fire going for four days and four nights.

Police said the truck that hit the van carrying Dethmers and AJ was involved in a routine traffic stop when it took off at high speed.

Officers did not pursue the truck but within seconds, and just two blocks away, it ran a stop sign at the corner of Boyd Avenue and Andrews Street and collided with the van, police said.

Armand Joseph Jr. Chartrand, 43, who police say was driving the truck, was also treated in hospital following the crash, along with a passenger in the truck.

Additional charges are expected in the coming days as a result of AJ's death, police said.

Chartrand's passenger was not charged.