Indigenous education at Winnipeg's major universities up for debate Thursday

Two of Winnipeg's major universities are approaching indigenous education very differently, and that's the topic of debate on Thursday during the University of Manitoba's second annual Indigenous Awareness Week.

'Professors have a responsibility to get informed' 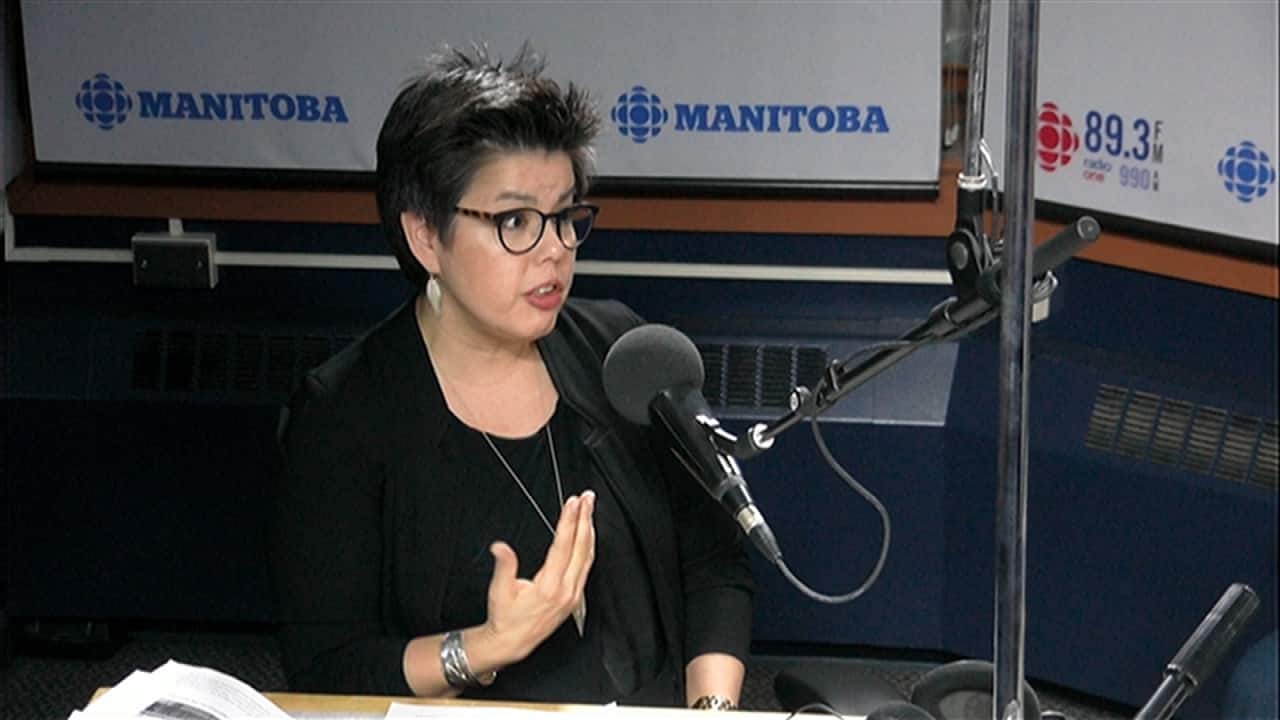 5 years ago
1:34
Deborah Young sat down with CBC Information Radio host Marcy Markusa to talk about whether a mandatory indigenous studies course in post-secondary schools is a good idea. 1:34

Two of Manitoba's major universities are approaching indigenous education very differently and that's the topic of debate on Thursday.

Last spring the University of Winnipeg approved a motion making it mandatory for students to take at least one indigenous studies course to graduate.

In December, the University of Manitoba and the U of W were among provincial post-secondary schools to sign an Indigenous Education Blueprint.

The blueprint is designed to take action on the Truth and Reconciliation Commission's recommendations, including bringing indigenous knowledge, languages and intellectual traditions to curricula and building schools and campuses that are free of racism.

On Thursday, indigenous scholars, students and professionals will debate whether a mandatory indigenous studies course in post-secondary schools is a good idea.

The discussion is part of the U of M's second annual Indigenous Awareness Week, which runs from Jan. 25 to 29.

Young said indigenous students at the university have told her they want their professors to know and teach indigenous topics in the classroom.

"They don't want to be the only spokesperson in that classroom," said Young.

She's also heard that professors want to be knowledgeable on indigenous issues.

"They're asking, 'How do we do this?' It's the million-dollar question," she said.

The U of M's approach to indigenous education means that once the blueprint is created and implemented, professors in a variety of faculties will be knowledgeable on indigenous topics and can infuse that into their lessons.

"We have just over 6,000 academic staff at the U of M. Can you imagine what it would be like if each one of those professors had a basic understanding of indigenous knowledge — what transformation that would have on students?" she said. "This approach will take years to implement, but I think it will have a lasting impact."

The U of W's approach is quick and means professors who are already experts in indigenous studies will teach students, rather than training all professors on indigenous topics, Young said.

"I think both [approaches] are necessary," she said. "My preference is to have a university that's inclusive, far-reaching and aware of indigenous issues straight across the board.… Professors have a responsibility to get informed, get the knowledge and also relay that knowledge to the classroom."

The schedule for Indigenous Awareness Week 2016:

Locations are available on the University of Manitoba website.