Arctic Radio says it has put a dj on probation for making disparaging comments of a sexual nature about Hutterite women during a live stream on hockeytv.com.

A well-known radio DJ in the north is on probation after making disparaging comments of a sexual nature about Hutterite women.

The comments were streamed live on hockeytv.com on Dec. 21 during the warm-up before a game between the Winkler Flyers and OCN Blizzard.

The live stream accidentally included audio from a phone conversation between the commentator, who was in Winkler, and the radio DJ. Both men are DJs at CJAR 102.9 FM.

Station owner Tom O'Brien said the employee who made the comments was not fired, but is on probation for 18 months.

"We haven't closed the book on it, we want to make sure we never encounter something like this again," said O'Brien, president of Arctic Radio. "He still has to prove to us that this will be something that is always in the past, we can never go down this road again."

O'Brien said he was made aware of the comments days after they were made. He said he got in touch with hockeytv.com and the Manitoba Junior Hockey League to make sure the video was removed from the archives.

CBC has decided not to share the audio because the comments are sexually degrading to both Hutterite women and their community as a whole.

"He was very remorseful, as we all are that this is something that we have to deal with," said O'Brien. "Why [the comments] were even made is beyond us."

O'Brien said he has met with both staff involved. He said the other employee is new on the job and was an unwilling participant in the conversation.

He said the senior DJ has enrolled in counselling and the company will be monitoring his progress.

If you start stereotyping a group of people, you never get the facts.- Winkler Mayor Martin Harder

O'Brien said Arctic Radio is working on an apology letter to the Winkler Flyers and MJHL. He said the DJ will likely address his comments on his radio program in the coming weeks.

"We like to think that we are good neighbours in our community and we like to be thought of that way and this obviously doesn't serve that purpose," he said.

Winkler Mayor Martin Harder said he was sickened by the derogatory comments.

"They are just caring, giving people and I would never say anything negative about them," he said.

Harder said he thinks the DJ should lose his job and will be reaching out to the radio station and hockey teams involved.

"If you start stereotyping a group of people, you never get the facts," he said.

Beyond disgusting and beyond inappropriate.- MJHL commissioner Kim Davis

MJHL commissioner Kim Davis said because the men are not employees of the MJHL or either team involved, the league cannot discipline them for their actions.

"The comments are beyond disgusting and beyond inappropriate," said Davis.

He said the board will be discussing the incident at its next meeting and establishing clearer guidelines and rules for commenators. 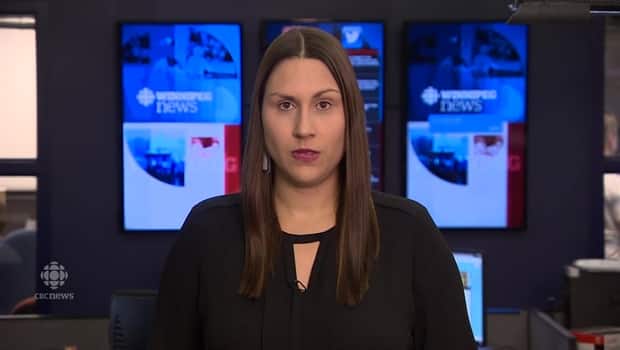 2 years ago
1:01
While the conversation was not meant to be heard- it accidently ended up on air. 1:01
CBC's Journalistic Standards and Practices|About CBC News