RCMP are now searching the remote community of York Landing, Man., as they continue a large-scale search for two B.C. homicide suspects who have been on the run for nearly a week.

2 men wanted in connection with 3 homicides in B.C. have been missing for days

RCMP officers are now searching the remote community of York Landing, Man., as they continue a large-scale search for two B.C. homicide suspects who have been on the run for nearly a week.

Police are responding to a tip that two men fitting the descriptions of Bryer Schmegelsky, 18, and Kam McLeod, 19 were spotted in the community.

The two Port Alberni, B.C., residents are wanted in connection with three homicides this month in Northern British Columbia. They are suspects in the double homicide of Lucas Fowler and Chynna Deese, and they are charged with second-degree murder in the death of University of British Columbia lecturer Leonard Dyck.

The RCMP warned a heavy police presence could be expected in the area. They also tried to quell early rumours the suspects had been apprehended.

Watch as police patrol York Landing, Man., for the fugitives: 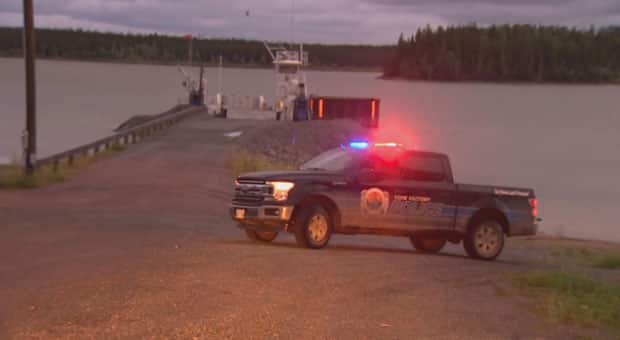 2 years ago
0:32
RCMP officers are now searching the remote community of York Landing, Man., as they continue a large-scale search for two B.C. homicide suspects who have been on the run for nearly a week. 0:32

York Landing is nearly 700 kilometres north of Winnipeg and about 90 kilometres by air southwest of Gillam, Man., where RCMP have been focusing their efforts with assistance from the Canadian military. York Landing is a small community accessible only by boat or aircraft in the summer months.

A member of Winnipeg's Bear Clan patrol group made the sighting around 4:15 p.m. CT after spotting what he believed to be the men near the landfill and water-treatment plant in York Landing.

Despite reports - there is no one in custody at this time. RCMP officers remain in the community of York Landing &amp; continue to investigate the reported sighting of the two suspects. All required resources are being used in this ongoing investigation. Updates to follow.

'They fit the description'

The area isn't one that locals frequent and there were bears around, said Travis Bighetty.

Bighetty told CBC News he and his partner spotted two "tall, slender individuals" moving very quickly — possibly spooked by the sound of the truck Bighetty was in.

"They fit the description of what was given in the RCMP report," Bighetty said. "It didn't click right away, it took a few moments."

He couldn't tell what the two figures were up to. "[I] kind of figured they were scavenging or something."

The Bear Clan, which was created to keep the peace and assist residents in inner-city communities in Winnipeg, expanded its reach Saturday to the northern portion of the province to provide support to the surrounding First Nations as RCMP canvassed homes in Gillam. Some Bear Clan members went to York Landing.

About a half-hour later, RCMP wearing tactical gear began arriving in the community, along with police dogs. Helicopters were also in the air, assisting in the search.

Watch Bighetty describe the possible sighting of the fugitives: 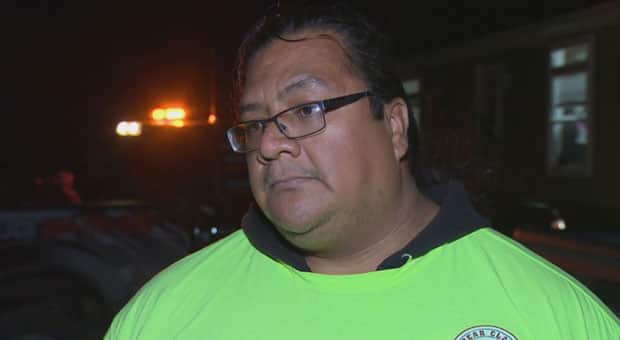 2 years ago
0:29
Travis Bighetty said 'it didn't click right away' after the Bear Clan patrol co-ordinator spotted what he believed to be the two B.C. fugitives in York Landing, Man. 0:29

"A lot of craziness right now," Bighetty said. "It's a surreal moment right now knowing they could be in this small, isolated community.

Residents of the community are alert, aware and concerned, said Bighetty.

'I pray this is all over tonight'

In a Facebook post directed to the community, Chief Leroy Constant of York Factory First Nation asked people to park their vehicles and to stay inside with their doors locked.

York Factory First Nation is based in York Landing, which has an estimated population of fewer than 500 people.

Watch Constant discuss the ongoing situation in his community: 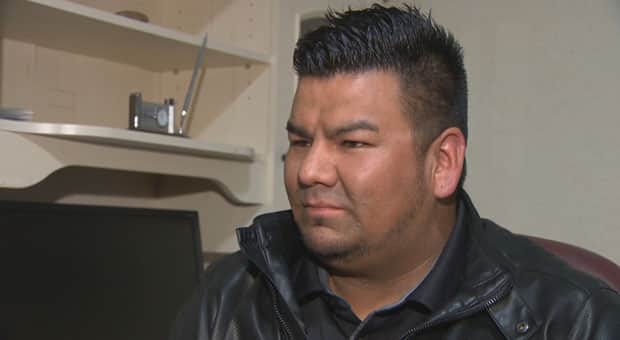 2 years ago
0:39
Chief Leroy Constant of York Factory First Nation says local authorities are doing their best to ensure the safety of their community amid the ongoing search for two B.C. fugitives. 0:39

The RCMP also requested people not disclose on social media where their officers were located.

Local resident Judy Sinclair watched from the rear of her home as helicopters hovered over the same area for about an hour. She lives not far from the banks of Split Lake.

"I think they see these guys now," she said in a telephone interview. "They wouldn't hang around here for nothing."

Community members are getting situation updates through their local radio station, she said.

Savannah Massan, 22, who lives on the west side of the small community, said she knew something was off when she heard the local police vehicle's siren.

"You know they rarely use [it], because nothing really goes on here," she said.

"Nobody took it seriously at first until the airplanes started to come in, the helicopters going around town, "she added. "And that's when everybody decided that something was really going on."

Massan said she's seen helicopters, local constable vehicles carrying SWAT team members and an RCMP plane fly in — though the activity has quieted down throughout the evening. Although Chief Constant announced York Landing was in lockdown, Massan said most people were likely not going anywhere tonight anyway.

"It's not as crazy as everybody thinks it is. Like we're OK right now. Something fascinating happening in our community right now. But it won't affect my sleep at all."