The mother of Krystal Andrews, a 22-year-old woman from Manitoba's God's Lake First Nation whose body was found on Monday, says her death has devastated the family. 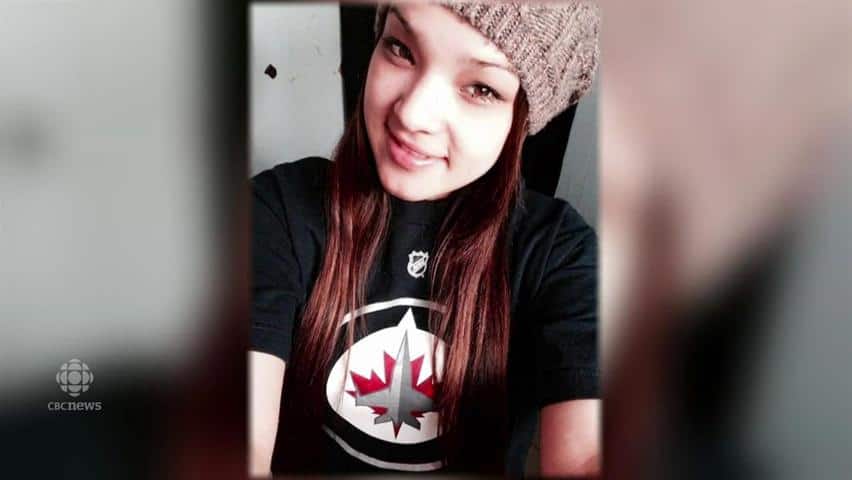 5 years ago
2:14
The mother of Krystal Andrews, a 23-year-old woman from Manitoba's God's Lake First Nation whose body was found on Monday, says her death has devastated the family. 2:14

The mother of Krystal Andrews, a 22-year-old woman from Manitoba's God's Lake First Nation whose body was found on Monday, says her death has devastated the family.

Andrews was found dead in an isolated area on the remote northern First Nation on Monday. RCMP are calling her death suspicious.

Her mother, Beverley Andrews, told CBC News on Tuesday night that she's still in shock over what happened.

"I just want to know some answers — what happened to my daughter?"

A family member told CBC News that Krystal Andrews had phoned her fiancé early on Sunday morning to tell him she was on her way home from her friend's house in God's Lake. She never made it back.

"I thought she was just with friends or at a friend's place," Beverley Andrews said, adding that she learned that her daughter was missing on Sunday.

Andrews said Krystal, who had two young children, was beautiful, "very kind" and humble and loving to everyone.

"I'm wondering if it's connected to [Leah's] murder as well," Anderson said, adding she was "devastated" to learn of Andrews' death.

Anderson said the community did a ground search for the young woman on Monday and that was when her body was discovered.

'Is there a killer in our midst?'

"I felt bad and sympathetic for the community because this is a tragedy that they just experienced and now they are experiencing it again," she said. "As you can imagine, the community members are saying, 'What's going on? Is there a killer in our midst? Are outsiders coming in and doing this to our girls and our women?'"

Wilson said people in the community want answers and want to know they're safe.

"It's happening way too much, and this is what we hope an inquiry would look at and see what's going on and have a microscope into this problem and see where we can make changes right away," she said.

With files from the CBC's Kristy Hoffman and Chris Glover