Moving heat from the ground to homes is turning into jobs and lower energy costs at several First Nations communities. 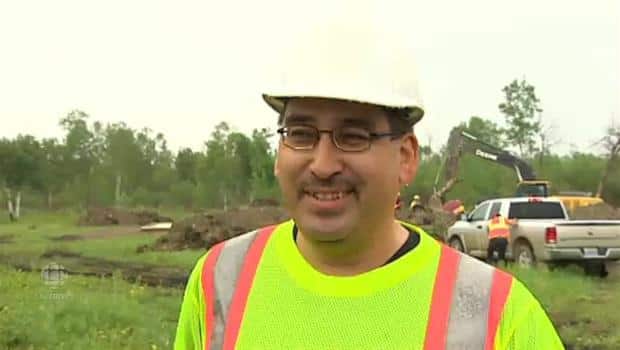 6 years ago
1:57
Moving heat from the ground to homes is turning into jobs and lower energy costs on several First Nations communities. 1:57

Moving heat from the ground to homes is turning into jobs and lower energy costs on several First Nations communities.

Manitoba Hydro will front the capital costs to install the geothermal systems as part of its Pay As You Save (PAYS) financing program and workers from First Nations will install them. The conversion costs around $15,000 per home.

So far more than 100 homes in Peguis and Fisher River have been converted to geothermal through the program.

The project has been seen as such a success at saving people money on their bills and getting people working that it's now being expanded to three more communities.

"We feel as First Nations we need to be stewards of the land and that's to promote sustainable energy," said Chief Glenn Hudson of Peguis First Nation.

Long Plain First Nation, Sagkeeng First Nation and Chemawawin First Nation will all be taking part in the program with a projected 250 geothermal installations planned over the next six months.

Forty First Nations people will be employed full time to carry out the installations in their own communities this year.

"It's really busy," said Corey Thordarson of Chief Peguis Construction. "We're going to be going for a while here — that's what we want."

Hydro maintains the program will save $157 million for customers in 2017.