What Manitoba Hydro's gamble means for your rates

The ugly truth for Manitobans is rate increases are the most stable revenue tool at Hydro's disposal and the next decade might not look too pretty.

'We are going to have to raise rates faster,' says CEO

Facing increasing debt and an unstable energy market, Manitoba Hydro has one sure route to increase revenue.

The ugly truth for Manitobans is rate increases are the most stable revenue tool the Crown corporation can use and the next decade might not look too pretty.

"The biggest thing we can do to ensure that Manitoba Hydro continues to be sound financially is to manage our costs and look for reasonable rate increases that support the investments we have to make," Hydro CEO and president Kelvin Shepherd told CBC News.

"I can't control what the PUB (Public Utilities Board) will approve, but what I can control is what we ask for, and we are going [to] ask for a reasonable ask that is going to address Manitoba Hydro's requirements to keep us self-sustaining."

Another lever at Shepherd's disposal is the corporation's operating costs. Hydro made headlines earlier this month when it announced over 900 positions, or almost 15 per cent of its workforce, would be eliminated in a sweeping move to cut down on costs. The measure will save $65 million, but Shepherd admits isn't enough to cover the billions of debt carried by the province.

Sanford Riley, the chair of Hydro's board, has warned even higher rates — into the double digits — would be needed to get a handle on Hydro's burgeoning $13-billion debt-burden and increasingly low debt-to-equity ratio.

Shepherd isn't ready to tip his hand and say what increases Hydro will apply for this fiscal year, but said all signs point to a change in direction and asking for a hike higher than 3.95 per cent.

One credit analyst says the Crown corporation's ability to raise rates has been used by credit agencies to justify the idea that Hydro can remain a self-supporting utility. Plus, Manitobans enjoy some of the cheapest rates in the country.

"There is a lot more room for (Manitoba) to increase rates, unlike a province such as Ontario," said Tom Li, a utility credit analyst with DBRS, which released its outlook on Hydro in September.

"It shows how much flexibility there is for a utility to be able to increase its rates to recover costs."

Historical data provided by Manitoba Hydro show a correlation between increased rates and massive capital investments by the public utility. The utility stands in a similar position today as it was in the 1970s when Hydro was at various stages of building the $226-million Churchill Diversion, along with several other massive projects.

During this period, Manitobans saw the greatest rate increases in the public utility's history. Shepherd describes that era as a "different world" when interest rates had skyrocketed and the corporation's capital investments, by scale, were more massive than recent projects. 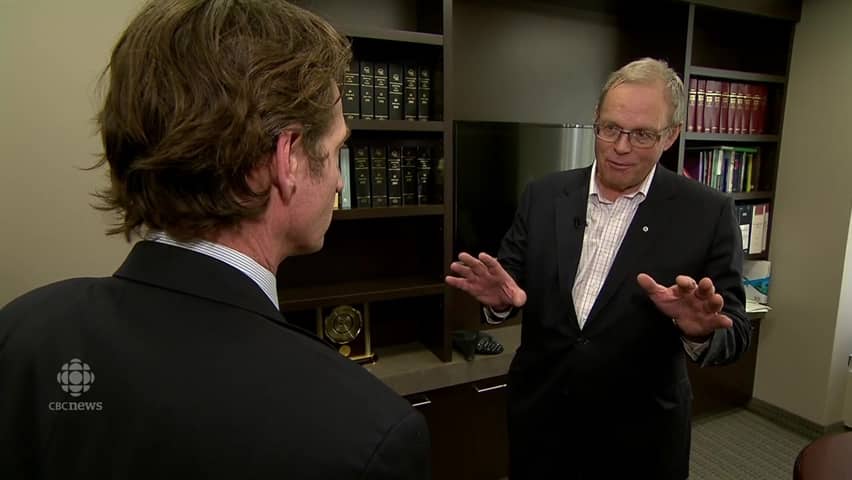 4 years agoVideo
2:17
The chair of Manitoba Hydro's board didn't mince words in describing the financial problems facing the utility, in the wake of a workforce reduction of 900 staff and potential double-digit rate increases. 2:17

Currently, the 695-megawatt Keeyask hydroelectric generating station, which is being built on the Nelson River in northern Manitoba, is estimated to cost roughly $7.2 billion.

Bipole III — a 1,341-kilometre, 2,300-megawatt transmission line, running down the west side of Lake Winnipeg — is estimated to cost between $4.65 billion and $5.2 billion to build.

"My responsibility is to try and bring forward a plan that addresses what we think is reasonable for customers at the same time while addressing the real requirement. We think we have to address the fact we have costs and increase investments we have in the system," Shepherd said.

The Public Utilities Board ultimately decides on rate increases requested by Hydro, but balked at Hydro's recent 2016-17 increase request of 3.95 per cent, arguing Hydro's finances have shown it could reach its debt-to-equity targets at a lower rate increase.

In its most recent decision the PUB allowed a rate increase of 3.36 per cent and dictated the interim rate increase must go into a deferral account to reduce the expected rate shock when Bipole III and Keeyask come into service. By 2018, when the Bipole is scheduled to become operational, nearly $360 million will be in the account to be used to help keep rate increases low, explained a spokesperson for Hydro.

The PUB hasn't ruled out accepting a 2017-18 rate increase of 3.95 per cent or higher if the financial situation of Hydro deteriorates to provide a "financial cushion."

Shepherd told CBC News Hydro's 2017-18 rate application won't be filed until the spring, after its 2016 financial forecast is complete.

For last decade more than 30 per cent of Manitoba Hydro's revenue has come from exports, bringing in $5.2 billion over 10 years. Bringing Keeyask online is expected to increase those export revenues dramatically, explained Shepherd.

Manitoba Hydro is partially hedging its multibillion-dollar capital program on $4.5 billion in export contracts made possible by Keeyask's capacity.

Shepherd admits, in hindsight, Hydro should have delayed the construction of Keeyask. While he argues Bipole will protect Manitobans from an "economy-devastating" blackout event, Keeyask was built to increase export capacity and changing markets have decreased its viability. Export prices are on the decline and alternative energy pushes in the United States have decreased demand, he said.

"I think it is fair to say that the economics have deteriorated," Shepherd said. "20/20 hindsight, I would have said, 'Yes, I would have waited.' But I am not faced with that today, I am faced with a project many years in the making and $3 billion already invested."

Four long-term export deals with Minnesota, Wisconsin and Saskatchewan have been signed that are dependent on Keeyask. The utility has sold off all the additional capacity and dependable energy brought on by Keeyask until 2025.

How much Hydro will make off each individual contracts with Xcel Energy, Minnesota Power, Wisconsin Public Service and SaskPower is confidential. The contracts begin around 2020, with some ending as late as 2040.

Economist Brady Yauch described the decision to build Keeyask as a multibillion-dollar gamble that might not pay off, given the current energy market.

"Building big megaprojects and dams are always inherently risky. Manitoba Hydro thought they could get them done on time and on budget," he said, noting the projected delays and cost increases that have recently been announced.

"Industrial demand is … flat so the money they thought they'd get from being a major energy powerhouse in North America didn't materialize."

Dave McMillan, Minnesota Power's executive vice-president, says Hydro is the only utility in the area that has the resources and capacity to supply its needs. The private utility is embarking on a plan to rely more heavily on wind energy to supply power to its over 145,000 residential and commercial customers. Keeyask will give Minnesota Power the ability to store power on their system to use when wind levels are low.

The contract with Minnesota Power expires in 2035.

"The renewable aspect is huge, as is the battery (power) … For that reason we are willing to pay somewhat of a premium for it," he said. "And 15 to 20 years from now, it will be a resource for Manitobans in the long-haul."

Selling off excess energy, outside of contracts, to the United States — a.k.a "spot pricing" — has become increasingly challenging, argued Yauch.

​Shepherd agreed, saying utility companies are being offered subsidies to use wind or solar energy which is hard to compete with. While volume of export has increased, prices are declining, he said.

A report released in February by Greentech Media, a U.S.-based clean energy research group, reported solar energy accounted for 39 percent of new capacity additions across all fuel types in 2016.

With excess power up for sale from neighbouring states, the price has been driven down, explained Yauch of the Toronto-based Consumer Policy Institute.

"They'll take your power, but if they do it on a market-based price, they are going to do it at a cheap deal," he said. "No one has seen an increase in power prices."

With files from Sean Kavanaugh