Dozens of people have been stopping by the home to leave offerings or pray for the family of a three-year-old boy who died Saturday after he was stabbed multiple times while sleeping.

More than 100 community members gathered with heavy hearts on Sunday outside a Winnipeg home where a three-year-old boy was stabbed multiple times while he was sleeping earlier this week.

A memorial with teddy bears, flowers and candles continued to grow outside the house at 390 Pritchard Avenue, where a  candlelight vigil was held for Hunter Straight-Smith on Sunday evening.

"In our culture we light a fire when somebody passes, and it's to help be that beacon of light to show them back to the spirit world," said Jennifer Spence-Clarke, who helped organize the vigil.

"A lot of us think about our own children when something like this happens and how senseless it is ... and we want to protect our babies and pull them closer," she said.

Hunter was found with multiple stab wounds when police arrived at the North End residence, around 2:30 a.m. CT on Wednesday.

He was taken to hospital in grave condition, given two blood transfusions and put on life support. He was taken off life support Saturday afternoon, his aunt Roxanne Moar told CBC News.

Hunter's mother, Clarice Smith, was holding his hand when he died, Moar said.

"It's very emotional to lose a child that never harmed a soul," said Darryl Contois, who has been speaking on behalf of Hunter's family at their request.

"I know how it feels to wake up and know your kid isn't going to be there and it hurts," he said.

Twelve-year-old Cynthia Lewis, one of many children and young people at the event on Sunday evening, wonders what drives people to violence.

"How can people even do this kind of stuff? What crosses their mind to make them do this?" Lewis said.

Earlier in the day, Irene Strykowski stopped at the house with her sister Margaret on their way home from church.

"We just saw a little sign for Hunter and we just wanted to send our prayers for him," said Irene Strykowski.

Hunter is being remembered by loved ones as a happy, curious boy who wanted to be a police officer.

Margaret Strykowski told CBC News she is one of the many people in the community who was moved by the loss.

"When I heard it it just hits home. A three-year-old, like it just hits right in the heart," Margaret said. "We had to stop."

"I think the parents right now are going through a great loss and I've seen that the community, and I'm sure their friends and their family are trying to be their compassion and their thoughts," said Irene. 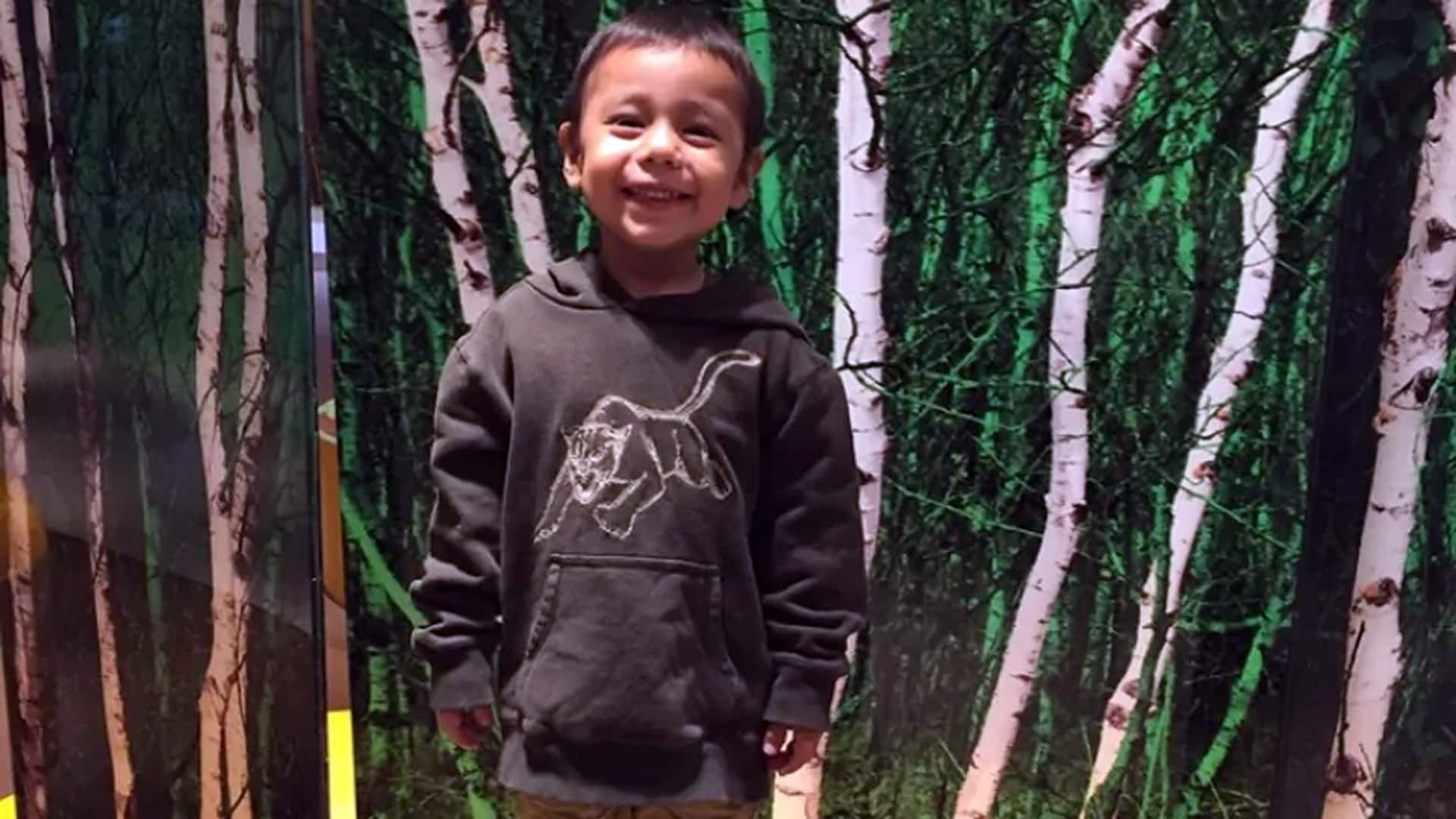 1 year agoVideo
2:12
A candlelight vigil was held Sunday for Hunter Straight-Smith, who was taken off life support on Saturday afternoon and died shortly after. 2:12

With files from Erin Brohman and Nelly Gonzalez