As Canadians across the country reacted to news of the fatal Humboldt Broncos bus crash Friday, the tragedy brought back difficult memories for survivors of previous team bus crashes.

News of deadly crash brings back difficult memories for survivors

As Canadians across the country reacted to news of the fatal Humboldt Broncos bus crash Friday, the tragedy brought back difficult memories for survivors of previous team bus crashes.

Saskatchewan RCMP say 15 people were killed when the the Saskatchewan Major Junior Hockey League team's bus crashed with a semi-trailer Friday near Tisdale, Sask., about 200 kilometres northeast of Saskatoon.

Another 14 people were injured, including some critically.

Former Winnipegger Dan Lambert played for the Swift Current Broncos in 1986 when that team was involved in a bus crash in rural Saskatchewan that killed four of the team's players. 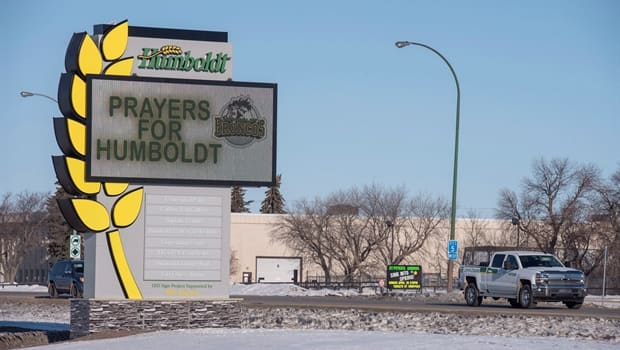 While he wasn't on the bus when it crashed, he says hearing about Friday's crash brought memories flooding back, including the initial feelings of guilt he felt at the time for not being with his team mates at the time of the crash.

"It was very hard," said Lambert, who now coaches the Western Hockey League's Spokane Chiefs. "To see that a team is going through that is everyone's worst nightmare."

At the time of the crash Lambert was living with teammates Joe Sakic and Sheldon Kennedy, who were both on the bus and survived the crash before going on to careers in the NHL.

"They helped me through that guilt," remembered Lambert. "The biggest thing that we took from it was that the four guys that passed away, we all knew in our hearts, that they would want us to keep going and keep pushing forward.

"It really made just every moment that we had together special from that moment on."

Both Lambert and Kennedy say dealing with the crash was especially hard because of the bond junior players form while they are away from home living with a billet family in the community for up to four years.

The Humboldt team includes 24 players, all from Western Canada, ranging in age from 16 to 21.

"The bond is … a very, very tight bond. And then when the accident happens, most of those kids' parents aren't around," said Kennedy. "They're either at the game, or they're driving in or they're not there." 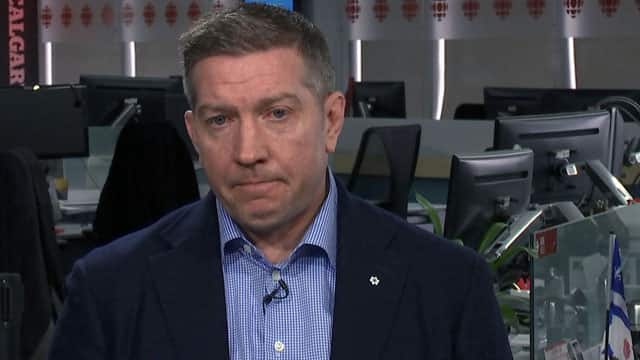 3 years agoVideo
10:01
Former NHL player Sheldon Kennedy was on a team bus in Saskatchewan in 1986 when it slid off an overpass and crashed into an embankment, killing four people 10:01

Kennedy said the first thing that went through his mind after hearing about Friday's crash was fear for the players' families — both their birth parents and the families that took them in as billets in Humboldt.

"I just remember the chaos and the fear," he said, telling CBC News he remembers talking to his mother just after the crash.

"She was standing at the ticket wicket in Regina waiting for the team to get their game and all they hear is that there's been an accident and there's four players dead.

Kennedy said the first few days after the crash are likely going to be the hardest for the surviving players.

He says the survivors will be at different hospitals throughout the area, wondering what has happened to each other.

"It was about trying to piece it together," he remembered. "It's critical for us to put one foot in front of the other and take this thing one day at a time."

Kennedy said he spoke with other players who survived the 1986 crash Friday night.

"One of the things that we really underestimated was the significant impact that this has long-term, on all those involved," he said.

"Right now the support, there's a lot of it, but I think we need to make sure that we put that support in place long-term for the people going through this because they're going to need it."

A community coming together

That support is vital, agreed Darin Feasey, who played for the Moose Jaw Warriors of the WHL when that team's bus crashed on an icy Manitoba highway in 1988.

Feasey says it was "by the grace of God" nobody died in the crash, which happened as the team headed home from a game in Brandon, Man. and their bus hit some black ice just outside Indian Head, Sask.

"We ended up about 40 or 50 feet below the road, 80 to 90 feet away from the road," said Feasey, who ended up with five herniated discs, a concussion and a collarbone fracture in the crash. "It just brought back a lot of memories of what could have happened. It's so fortunate that we survived.

"I just hope that the community comes together, I know it's going to, Humboldt is a great hockey community with a great tradition, that I know that those families and everyone who's involved and the organization will be supported."

After Friday's crash Humboldt's Elgar Petersen Arena was turned into a mobile crisis unit, as people gathered to support one another.

Kennedy said people gathered at the rink in Swift Current after his team crashed too.

"Hockey is critical to these towns, they revolve around hockey. They will get through this," he said.

"We need to grieve but we also need to give people hope, that there is hope that we can get through this."

With files from Karen Pauls, Elisha Dacey and Nadia Kidwai