Hotline to report human trafficking in Canada in the works

A Canadian organization that is combating human trafficking is working on establishing a national hotline to report cases in this country.

Women and girls are being trafficked for sex across the U.S.-Canada border.

"We know that the incidents of human trafficking in Manitoba and North Dakota are very high," said Barbara Gosse, CEO of the Canadian Centre to End Human Trafficking.

Gosse is one of the organizers of a cross-border meeting in Winnipeg on Friday that brought together 50 people form Manitoba and North Dakota to discuss ways to combat human trafficking.

"Anecdotally we know that law enforcement members and front-line service providers are connecting with victims every single day," said Gosse. "In Canada, we have no national data mechanism to track that data."

There is a national hotline to report human trafficking in the United States, and Gosse said her organization is working to establish one in Canada. 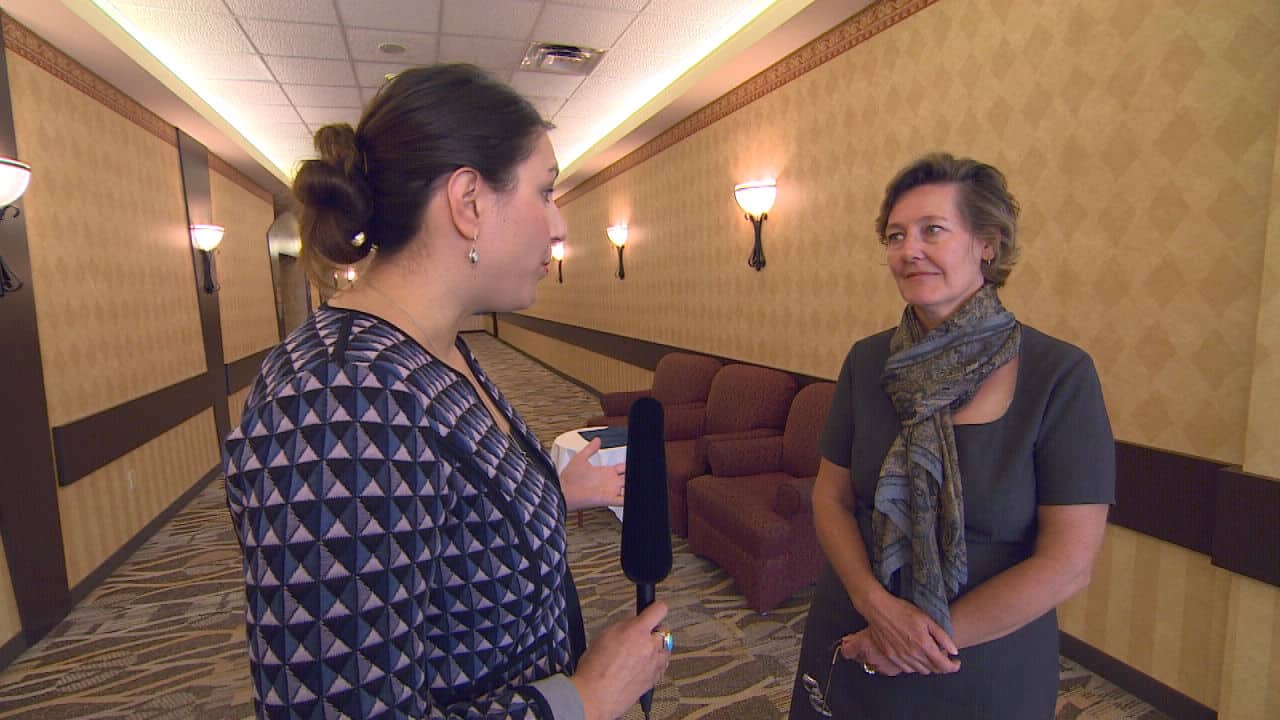 4 years agoVideo
2:57
Winnipeg has become ground zero in the battle against human trafficking between Canada and the United States. 2:57

In the U.S., the hotline is run by the Polaris Project. On Friday, the organization said in eight years, the hotline received 660 calls from Canada, 113 of which reported confirmed cases of human trafficking. Five were from Manitoba.

"[The hotline] is an important piece in combating human trafficking and supporting victims as well," said Gosse.

In North Dakota, sex trafficking became more evident with the oil boom in the Bakken oilfield.

Christina Sambor, director of the North Dakota Human Trafficking Task Force, said while entrepreneurs and people looking for work in the oil field rushed in, so did exploiters.

"You see traffickers who also see that market and respond by bringing women into North Dakota," said Sambor.

"What we saw in building a response to that [Bakken boom], we started to uncover markets or networks that have been there for a long time," she added.

Sambor said it is crucial to establish response networks with her neighbours to the north, and she's learned from the conference that Manitoba front-line workers are taking similar approaches in dealing with the issue.

Gosse said the Canadian Centre to End Human Trafficking plans to hold similar networking sessions between other provinces and their neighbouring states.