The Canadian Museum for Human Rights (CMHR) unveiled plans for a restaurant that will be operated by a neighbour just down the road at The Forks. 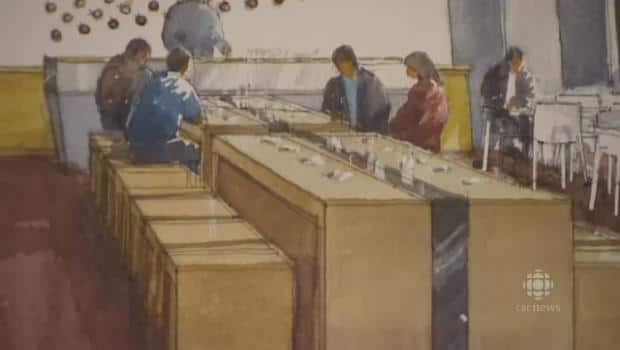 7 years ago
1:00
The Canadian Museum for Human Rights unveiled plans for a restaurant that will be operated by a neighbour just down the road at The Forks marketplace on Tuesday. CBC's Ryan Hicks reports. 1:00

The Canadian Museum for Human Rights (CMHR) unveiled plans for a restaurant that will be operated by a neighbour just down the road at The Forks marketplace.

The Winnipeg-based national museum, set to open in 2014, will have its restaurant and catering service handled by local company, Inn at The Forks.

Inn at the Forks general manager Ben Sparrow said the restaurant will support local producers and "align with human rights principles such as fair trade sourcing and environmental sustainability," according to a news release.

"We intend to surprise guests by exceeding their expectations of a museum restaurant," Sparrow said.

"As a polished, contemporary bistro, we will stand with the top restaurants in Winnipeg — just like the Museum of Modern Art does in New York. But we will also accommodate a variety of tastes and budgets."

The restaurant is being designed by Winnipeg's Number TEN Architectural Group. It will incorporate a large, focal-point "Planet Earth" ceiling feature, an open-concept display kitchen, wooden communal tables and warm natural elements, as well as an outdoor patio, stated the press release.

A specific opening date for the CMHR  is expected to be announced in the next few weeks. It was originally scheduled to open in 2012 but that was delayed due to spiralling construction costs, which required additional fundraising.

The CMHR is the first museum dedicated to the evolution, celebration and future of human rights.

It is the first national museum to be established in Canada since 1967 and the first outside the Ottawa region.