13 people displaced by fire in semi-detached house in Winnipeg

As many as 20 firefighters extinguished a house fire that cause "a lot of damage" on Manitoba Avenue Wednesday morning.

Blaze started in mattress on 2nd floor; still unclear how it caught fire

As many as 20 firefighters extinguished a house fire on Manitoba Avenue Tuesday morning.

A mattress on the second floor of a semi-detached house caught fire, but it is still unclear how it was ignited, said Tony Fast, District 24 chief of the Winnipeg Fire Paramedic Service.

The 13 people in the residences got out safely, but firefighters had to help eight of them get out of the building.

"They're displaced. They won't be going back into their building," Fast said. "We're not sure if [the building] is a total loss at this time, but there is a lot of damage there."

Electricity to the building has been cut as well, he said.

No injuries had been reported when Fast spoke with CBC News Tuesday morning. 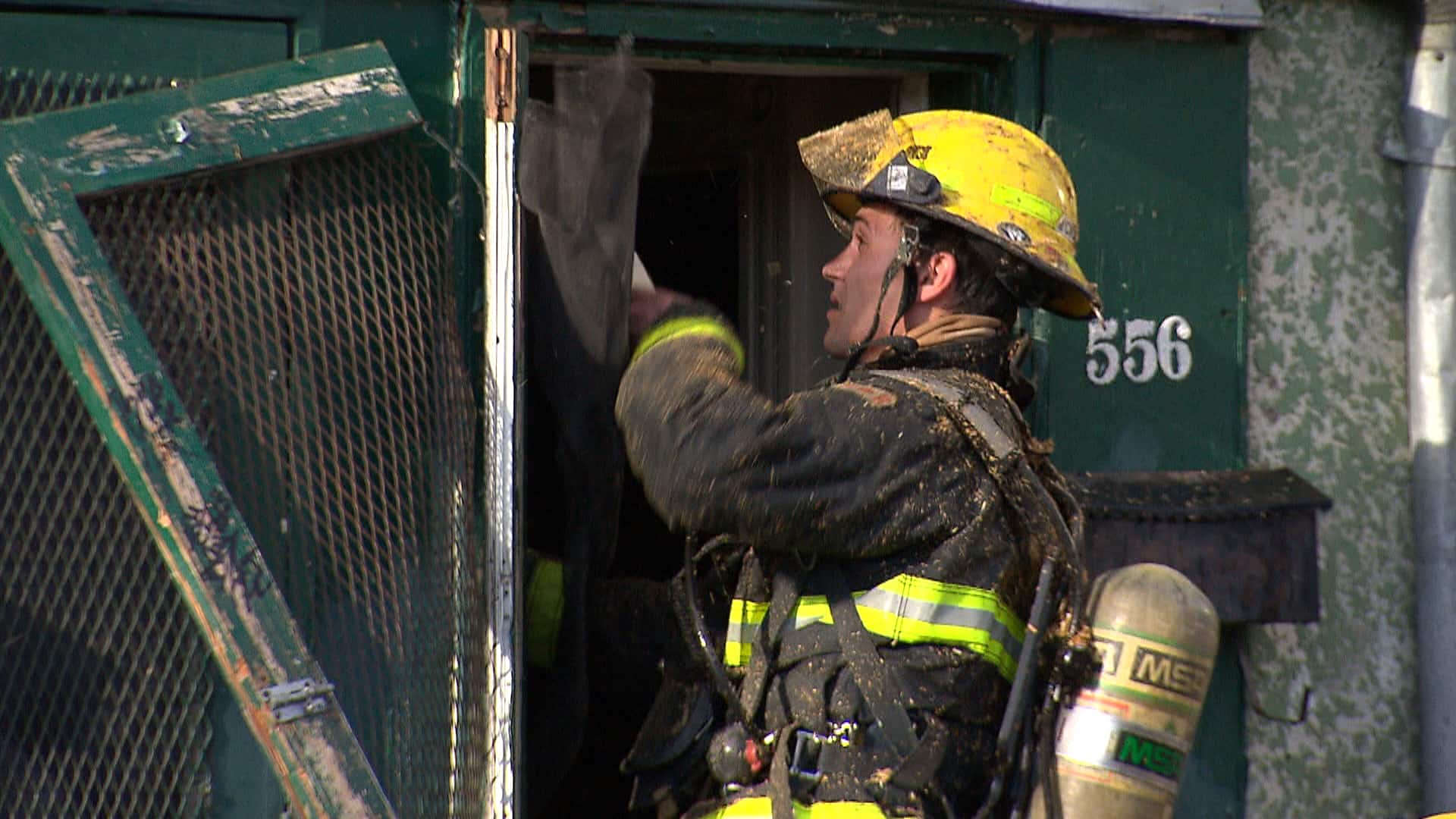