Some members of Winnipeg's homeless population are cautiously optimistic about a federal plan to spend $1 billion over the next six months on modular housing and properties that have become vacant due to the COVID-19 pandemic.

Some 3,000 affordable housing units to be created across Canada

Some members of Winnipeg's homeless community are cautiously optimistic about a federal plan to spend $1 billion over the next six months to create new affordable housing units across the country.

The Liberal government is making the cash available to municipalities, provinces and non-profit organizations for the purchase of land and property that have become vacant during the COVID-19 pandemic. The funding can also be used to cover the construction of modular housing.

The program is expected to create up to 3,000 new affordable housing units through targeted funding for vulnerable populations and could see hotels and motels that have been dealt a blow during the pandemic bought at depressed prices.

"It sounds like an awesome plan. There are so many people out here," said Kelsey Desjerla, outside the Salvation Army in downtown Winnipeg.

Desjerla, 22, said addictions and aging out of Manitoba's child welfare system are factors that led him to become homeless.

He said he's had little luck finding stable housing and sleeps outside on the street when not staying inside shelters.

"It's been pretty difficult," he said.

George Koshurba is more skeptical of the plan and said he can recall political promises for housing decades ago that never resulted in tangible change.

"I don't believe that people should be surprised if what we're going to be told is going to go on deaf ears, because we've been hearing all these promises for so long," he said.

Koshurba said he would love to have his own apartment with a bathroom and kitchen as opposed to communal living.

"You know, dignity, because you can't have 40 people use the same washroom. It's not going to work," he said.

Tyler Wood has been homeless for about two months due to domestic violence and said a long waiting list to get into Manitoba Housing makes it difficult to find an apartment in his budget.

"A lot of us do have hard times finding housing," he said adding many private rentals are over the province's social assistance rental allowance.

Details on where the new housing units will be haven't been finalized yet and it's not clear what vacant properties could be bought and turned into affordable housing.

Cities like Toronto have paid millions for hotels to temporarily house homeless people during the pandemic. In June, the B.C. government permanently bought two hotels to create new affordable housing.

The Manitoba Hotel Association said it wasn't aware of any hotels in the province being looked at for the project.

Winnipeg Mayor Brian Bowman has had discussions with the federal government about the plan, said Jeremy Davis, the mayor's press secretary.

"The mayor has been calling on the provincial and federal governments to do more to effect positive change on homelessness and this is an initiative that could help make a positive impact on those experiencing homelessness in cities across Canada," he added.

The federal government's announcement comes on the heels of a provincial plan announced last week to spend $1.5 million to support Winnipeg homeless shelters throughout the pandemic.

"From Toronto to Edmonton to Calgary to Victoria and Montreal, we have people living in tent encampments trying to maintain physical distance. With winter, flu season, and a possible second wave of COVID-19 all bearing down, going slow is simply not an option," Karsten said.

"To protect our most vulnerable and build a better, more inclusive Canada coming out of this, we need to get moving now." 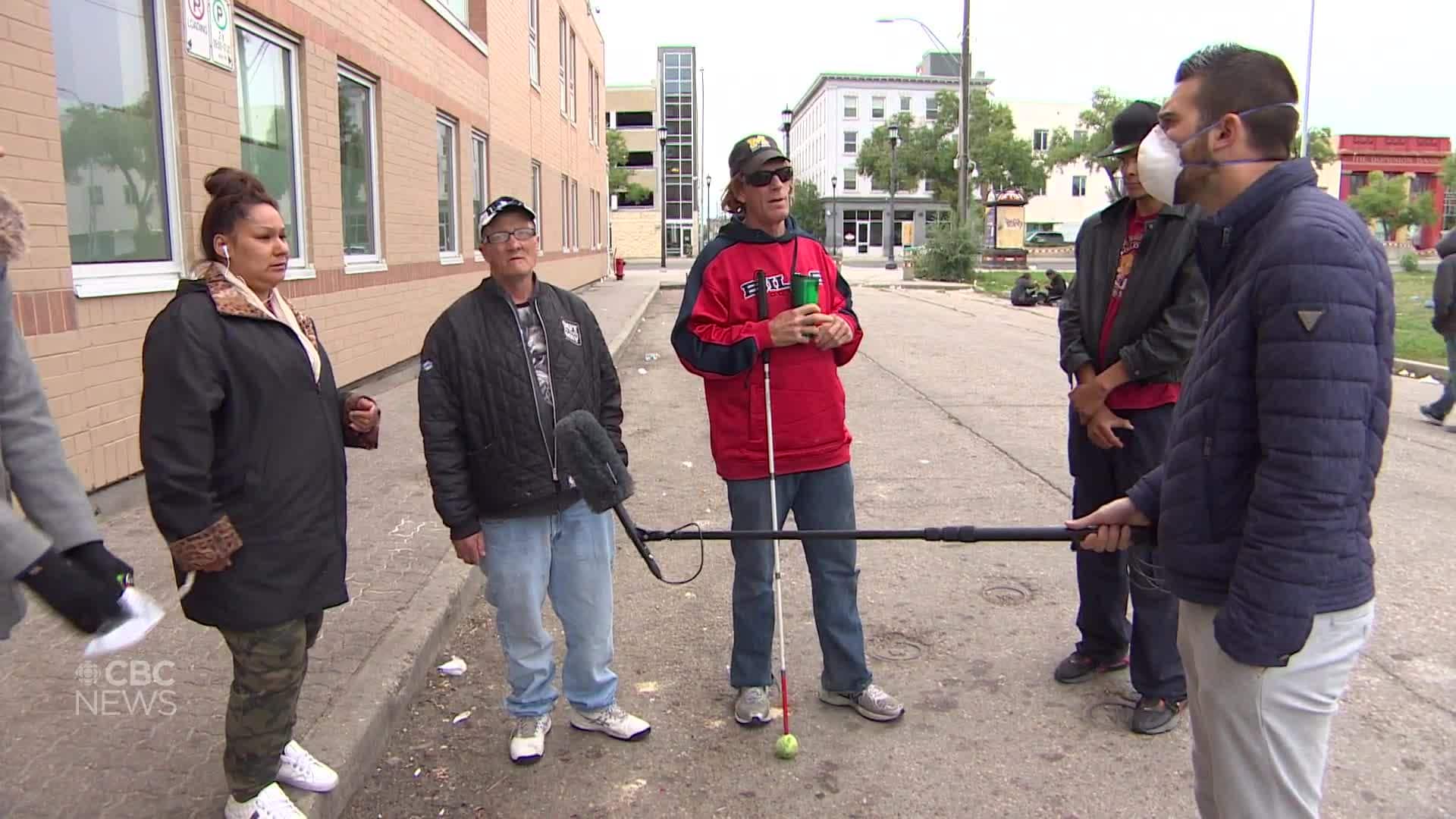 2 months agoVideo
1:29
Some members of Winnipeg's homeless community are cautiously optimistic about a federal plan to spend $1 billion over the next six months to create new affordable housing units across the country. 1:29