Gater Browne, 41, pleaded guilty in September to multiple charges after he struck and killed Marlene Eusanio when he swerved a stolen truck through traffic and veered into a lane of parked cars on Marion Street in August 2017.

A man who hit and killed a Winnipeg grandmother while driving a stolen pickup truck more than two years ago has been sentenced to 10 years in prison.

Gater Browne, 41, pleaded guilty in September to multiple charges after he swerved the stolen truck through traffic and veered into a lane of parked cars on Marion Street on an August day in 2017.

In the process, he hit and killed Marlene Eusanio, a 61-year-old grandmother who had been spending an afternoon with her husband.

"Words cannot describe the grief, pain and anguish that has been and will continue to impact the family and friends of Ms. Eusanio," Manitoba Court of Queen's Bench Justice James Edmond told court Wednesday.

"I cannot begin to properly describe the extent of the loss suffered by the innocent family and friends of the victim."

"There are no words strong enough to say how my life has been destroyed," Marlene's husband, Jean Louis Eusanio, wrote in a statement read aloud by their son Trevor.

On Wednesday, Jean Louis wept softly as court heard details of the collision for a final time.

"There is absolutely no doubt in my mind that the family and friends of Ms. Eusanio have been severely impacted emotionally and physically," Edmond told court.

He had 27 prior convictions spanning two decades and five provinces, including six for driving offences, as of the time of the accident, court heard. He was also driving while under a federal criminal ban, as well as a regional ban in B.C., prohibiting him from doing so.

On the day of the crash — Aug. 3, 2017 — he was driving a stolen pickup truck towing a trailer, also stolen. He cut off a driver and swerved across three lanes on Marion near Traverse Avenue before hitting Marlene Eusanio.

Court heard Browne didn't try to stop or even hit the brakes, nor did he try to contact police after the collision.

Edmond noted Browne had a difficult childhood, lives with depression and PTSD and has given the family a sincere apology. But the judge called Browne's criminal record "horrendous" and his driving record "atrocious," and said Browne had shown a "complete lack of willingness to appreciate the consequences of his conduct and learn from his prior convictions."

He sentenced Browne to eight years in prison for criminal negligence causing death and a consecutive two years for failure to stay at the scene of an accident causing death.

Browne will begin serving those sentences once he finishes the time he's currently serving following a conviction in Saskatchewan. He has 996 days left in that sentence. 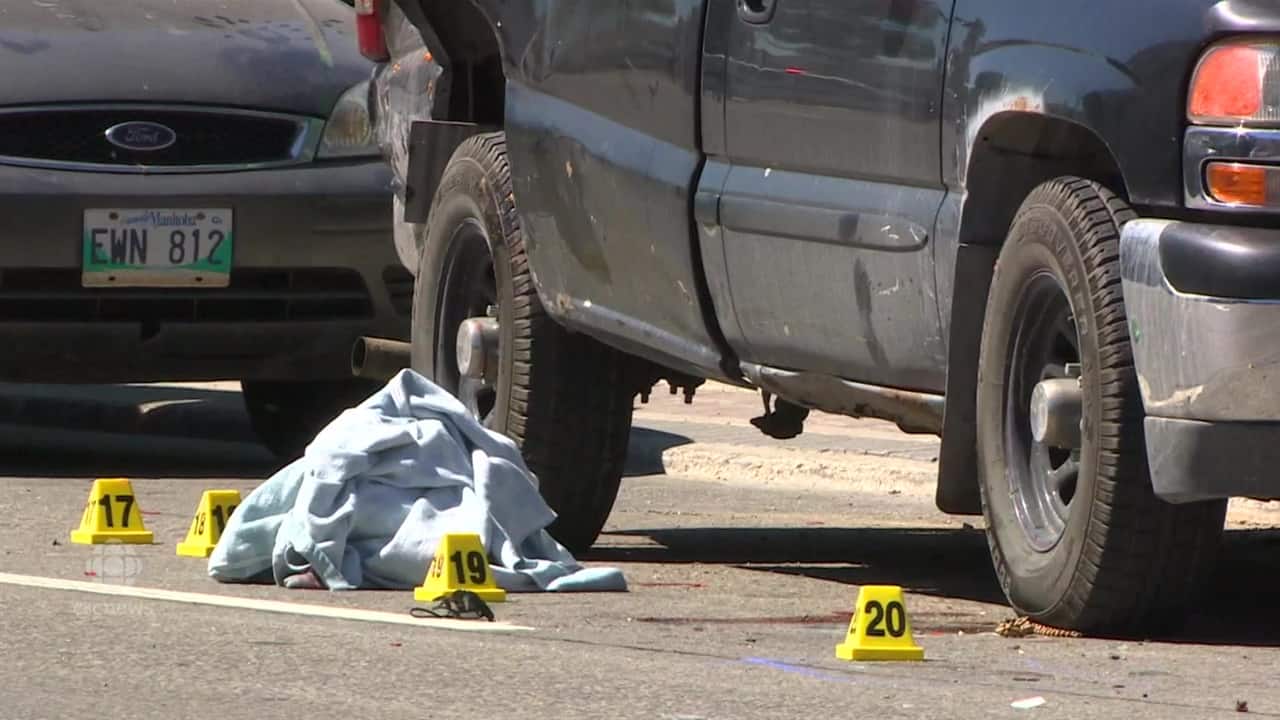 10 years in prison for hit and run