With the legalization of marijuana less than four months away, Manitoba's health minister says the federal government needs to be more aggressive in launching a public awareness campaign on the dangers of pot.

With the legalization of marijuana less than four months away, Manitoba's health minister says the federal government needs to be more aggressive in launching a public awareness campaign on the dangers of pot.

"In particular for young people, because you know there's research that relates to those who are 25 and under when they use cannabis and the negative effects of that," Kelvin Goertzen said at a joint news conference of provincial and territorial health ministers Thursday.

"From the Manitoba perspective we have been disappointed that the awareness campaign nationally hasn't been what we might have expected."

Goertzen and his counterparts emerged from their meeting at the Fort Garry Hotel on Thursday after discussing everything from mental health and addictions, to the opioid crisis, a national pharmacare strategy and the legalization of marijuana.

The Progressive Conservative government in Manitoba has been among the most cautious when it comes to cannabis, which will become legal for recreational use on Oct. 17.

The ministers also spoke about conversations around funding for pharmaceutical coverage for rare diseases and the need for more funding from Ottawa.

While health ministers were meeting at the Fort Garry Hotel Thursday to talk policy, a new advocacy group launched in the same location.

The Manitoba Health Coalition is the last provincial piece in a coast-to-coast network of affiliates in the Canadian Health Coalition, a universal health care advocacy organization.

The MHC has hired Brianne Goertzen as a provincial director to represent a number of health stakeholder groups in the province. 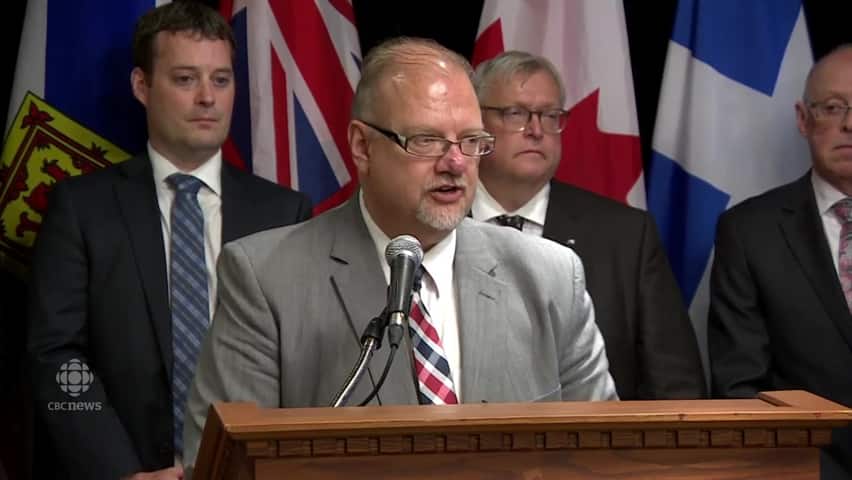 3 years agoVideo
2:16
With the legalization of marijuana less than four months away, Manitoba's health minister says the federal government needs to be more aggressive in launching a public awareness campaign on the dangers of pot. 2:16

The advocacy group's primary aim is to protect and preserve universal health care.

"I do anticipate being at the table in the legislative assembly, at committees, proposing pieces of legislation that will help Manitobans," Goertzen said.

"I am willing to work with any and all governments to ensure that  health care is taken seriously and that Manitobans are covered when they go into an ER or they go to access care."

Responding to the new group's concerns, Manitoba's health minister said the province has had to make some difficult decisions that haven't always made him popular, but were necessary to improve the system.

"We're going to have to continue to look at ways to make changes in the health care system," he said. "We'll listen to those of course who have various opinions and views, and we'll be driven by evidence and with the interest of trying to improve health care for everybody in Manitoba."