A comprehensive review of health-care delivery in Manitoba calls for dramatic changes to service delivery, but the province's new PC government has its own review on the go and may not commit to the sweeping changes. 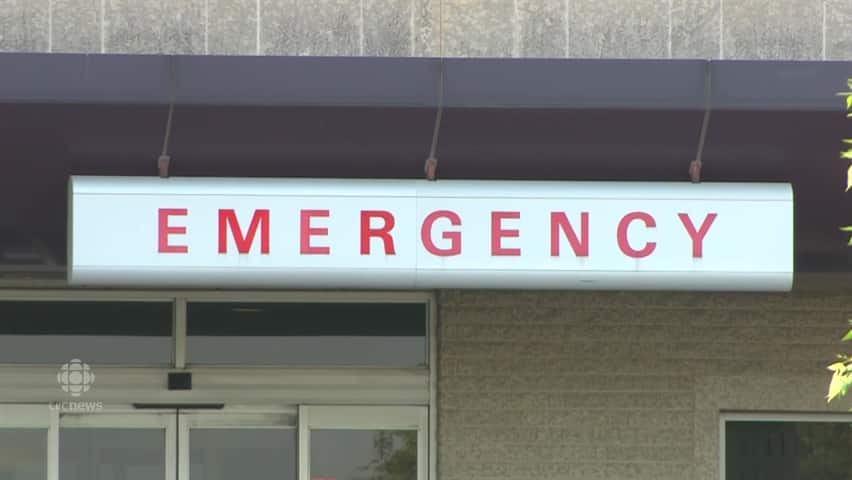 4 years agoVideo
2:03
A comprehensive review of health-care delivery in Manitoba calls for dramatic changes to service delivery, but the province's new PC government has its own review on the go and may not commit to the sweeping changes. 2:03

A comprehensive review of health-care delivery in Manitoba calls for dramatic changes to service delivery, but the Progressive Conservative government has its own review on the go and may not commit to the sweeping changes.

The report was ordered by the previous NDP government and co-authored by Dr. David Peachey, a Nova Scotia-based principal with Health Intelligence Inc.

The report calls for a reorganization of service delivery on a massive scale, especially in the Winnipeg Regional Health Authority. The report recommends consolidating surgery at three hospitals and using the remaining facilities for convalescent and rehabilitation services. Emergency departments in three of Winnipeg's community hospitals would be closed and converted into urgent-care centres.

Money for health is tight. The PC government and other Canadian provinces are in a battle with Ottawa over the funding formula.

Peachey said providing acute care at every hospital in Winnipeg was more than the population needed, required extra infrastructure and staffing and wasn't an efficient use of resources.

In rural Manitoba, the report recommends assessments to determine whether individual hospitals should continue to operate, look at how each facility uses its beds and whether they should have emergency services.

"By that definition, they are not really hospitals," he said.

His report suggests more regional acute-care centres with better transportation services to them to improve care.

The report also recommends significant upgrades to the province's mental health-care services. The study found Manitoba had 19 clinical psychologists per 100,000 residents, when the Canadian average was 49.

"Its a striking differential. There is no question the role of psychologists in the mental health and addictions system can be greatly enhanced," Peachey told CBC News, adding that additional resources would improve access and cut wait times.

The report also suggests home-care services be upgraded and expanded, and those services should be offered to Indigenous communities.

Those who watch health-care policy voiced support for the report.

Katz is the director of the Manitoba Centre for Health Policy. His first pass through the report was generally positive, and he said there is plenty of information to digest.

The MCHP hasn't itself looked at closing rural hospitals or consolidating services at various facilities, but Katz did have some observations about the review.

"There are some contradictions in the report. The report talks about the principle of providing care as close to the person's home or office as possible, but then talks about where services will be provided," Katz said, suggesting that closing or consolidating some services could mean patients would have to travel for care.

Sarah Painter, vice-chair of the Association of Registered Nurses in Manitoba, said overall the review is a "great starting point."

It suggests there could be changes in the role of nurses and nurse practitioners.

"It's the first time there has been a platform for provincial planning that's focused on the patient, and that is great. We are very pleased that Dr. Peachey recognized nurses and nurse practitioners as part of the team," Painter said.

Political will versus financial reality

The Progressive Conservatives have ordered their own review of health care and wait times in Manitoba. A report from KPMG has not been released, despite political pressure from the opposition to do so.

Katz said the Peachey report may help focus the Tories on what cuts or additions they will make in the next budget.

"What this is giving them is some direction of the potential impact of some of those changes they might make for fiscal reasons," Katz said.

"This report is all about providing better care, and there are things in this report that are expensive because they are recognizing where we have significant gaps."

Peachey acknowledges there are political considerations that will be taken, but he stands behind his work.

"The plan is solid, it's based on evidence, and this has been the case in all jurisdictions," he said. "It really is a question of how committed the leadership is to make it work."

Health Minister Kelvin Goertzen wouldn't rule out accepting some of the report's recommendations. He told reporters on Wednesday there might be money found to pay the costs to switch services at specific hospitals.

"I'm happy to receive it and I'm happy for the work that was done. It was commissioned by the previous government. A lot of what's in the Peachey report isn't about new capital, it's about reallocating how current capital works," Goertzen said.