Hudson's Bay Company has 350 years of history — but does it have a future?

May 2 should have been an epic 350th birthday party for one of the longest continuously running companies in the world. Instead, HBC's iconic department stores were shuttered because of COVID-19. As it reopens, analysts are questioning the company's future as it navigates a complex post-pandemic retail environment.

As retailer reopens from COVID-19, there are questions about whether it will survive

May 2 should have been an epic 350th birthday party for the Hudson's Bay Company — one of the oldest continuously operating companies in the world.

Instead, HBC's iconic department stores were shuttered because of the COVID-19 pandemic.

And even now, as the doors are reopening to customers, analysts are questioning the company's future as it navigates privatization and a complex and challenging post-pandemic retail environment.

HBC's immediate concern is "ensuring that financially it's able to maintain itself and not file for creditor protection," said Craig Patterson, editor in chief of the online magazine Retail Insider.

HBC declined a request for an interview.

But the company's very history points to its ability to survive, even in "uncertain times," said Amelia Fay, curator of the Hudson's Bay Company gallery at the Manitoba Museum in Winnipeg.

"They've gone through a ton of big changes, even the Spanish flu. That was a huge pandemic for the world. The world wars greatly affected things, too."

Standing in the gallery, Fay is dwarfed by a life-size replica of the Nonsuch, the ship that sailed into Hudson Bay in 1668 on the first trading voyage for what would become the Hudson's Bay Company two years later.

"This ship was the first ship used before Hudson's Bay Company was even a company. It returned with a cargo of furs and really helped to prove that a northern route … would work," Fay said.

HBC traces its roots to a royal charter granted in 1670 by England's King Charles II.

He gave the company a fur trading monopoly across what was then called Rupert's Land, which included one-third of what is now Canada and parts of the northern U.S.

The company was created to trade animal pelts for goods at remote outposts across North America.

"It's really unusual to think that a company that was established in another country was granted land where they'd never even really been" and where Indigenous people already had vast trade networks set up, Fay said.

Canada has a "deep connection" to the fur trade and "whether you like the history or not, it's part of our history," she said.

While the company had partnerships with Indigenous trappers, there have long been stories about those iconic striped wool HBC blankets bringing smallpox, measles and other diseases to their communities.

The company's 350-year legacy is mixed, said Fred Shore, an assistant professor in the department of Native studies at the University of Manitoba.

"Most modern Indigenous people see the Bay as the store in their communities — high-priced, poor choice and the only game in town," he said.

"They also often have memories of having to get their outfit for the trapping season from the Bay on credit and then being tied forever to the company for fur evaluations, trade and general supplies during the year."

The relationship between the company and Indigenous fur traders was sometimes a collaborative partnership and sometimes an exploitative relationship, especially when the HBC was the only source for fur trading, Shore said.

"They are a colonizing factor, and as such their overall effect on the community is colonial. That, over time, is not good."

The company has evolved many times in its history, adapting to changes in the market and competition from the North West Company during the late 18th century.

"That was the first time they really changed their business model by moving away from posts along Hudson Bay to inland posts, to try [to] directly compete," Fay said, adding the HBC's trading posts were part of the foundation of most of Western Canada's cities.

"When fur started to fall out of fashion, they started to focus on wholesaling. They're making tea, tobacco, coffee, liquor and then … they branch into oil and gas."

In 1881, HBC opened its first department store in Winnipeg, at Main Street and York Avenue.

The current store at Portage and Memorial was the company's flagship in Canada until 1974 when Toronto's Hudson's Bay Centre opened.

WATCH |The Journal looks at Peter C. Newman's popular history of the HBC in 1985: 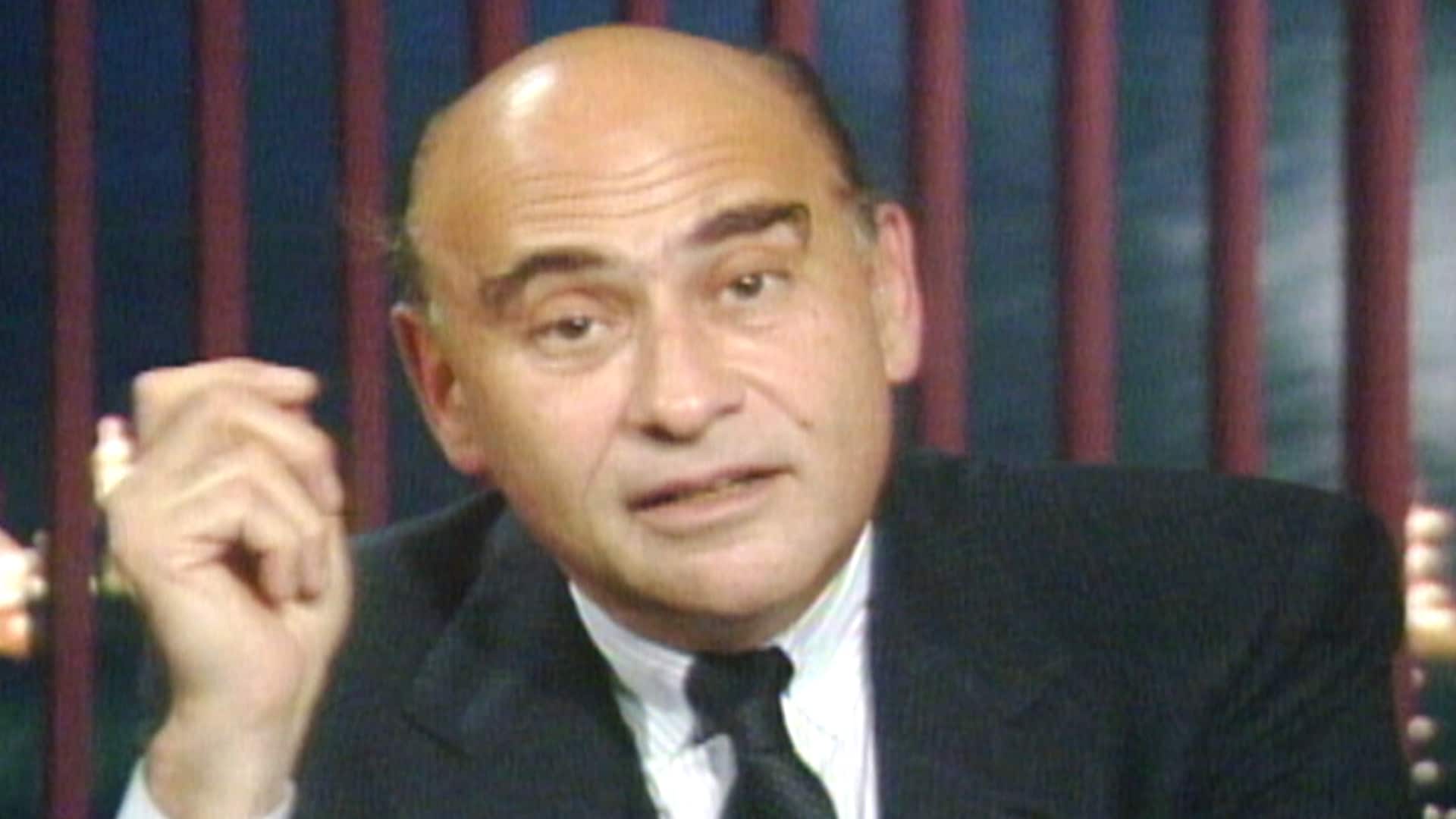 The company's vast archives, described by author Peter C. Newman as second only to the Vatican's archives, are housed in the Archives of Manitoba. They became part of UNESCO's Memory of the World Register in 2007.

What is the future of the Bay?

Fast-forward to this past week, as some of the Bay's stores started reopening after the COVID-19 shutdown.

In one of its Winnipeg stores, there weren't a lot of customers browsing the clothing racks.

However, even before the pandemic, HBC was in trouble.

In the last decade, it became a publicly traded company, had a disappointing expansion into Europe, bought Saks Fifth Avenue and sold Lord & Taylor.

This spring, after a contentious takeover bid, it went private again.

The retailer announced Thursday its Edmonton City Centre location will close in the fall.

"As Hudson's Bay has worked to adjust operations in response to the COVID-19 pandemic, it has also accelerated its strategy to elevate the brand and improve performance," a news release from the Bay said.

It added the Edmonton store will reopen on May 19, along with other stores in Alberta and those in B.C., Saskatchewan and Nova Scotia, and a "wind-down will follow in due course."

"It's going to be an uphill battle for Hudson's Bay Company to maintain its presence in the industry without something very drastic," Patterson said.

Customers — more now than ever — are shopping online and don't see the relevance of a department store that isn't a destination, he said.

In the future, he predicts "we'll see a company that comes back with 30 to 40 stores," rather than the current 89.

"These stores would be renovated. They would be interesting. They would offer unique services. There would be a real integration between the online and the physical retail presence," Patterson said.

He points to high-end destination department stores like Harrods in London, Galeries Lafayette in Paris, or Isetan and Takashimaya in Japan as models.

WATCH | COVID-19 adds to uncertain future for the Bay: 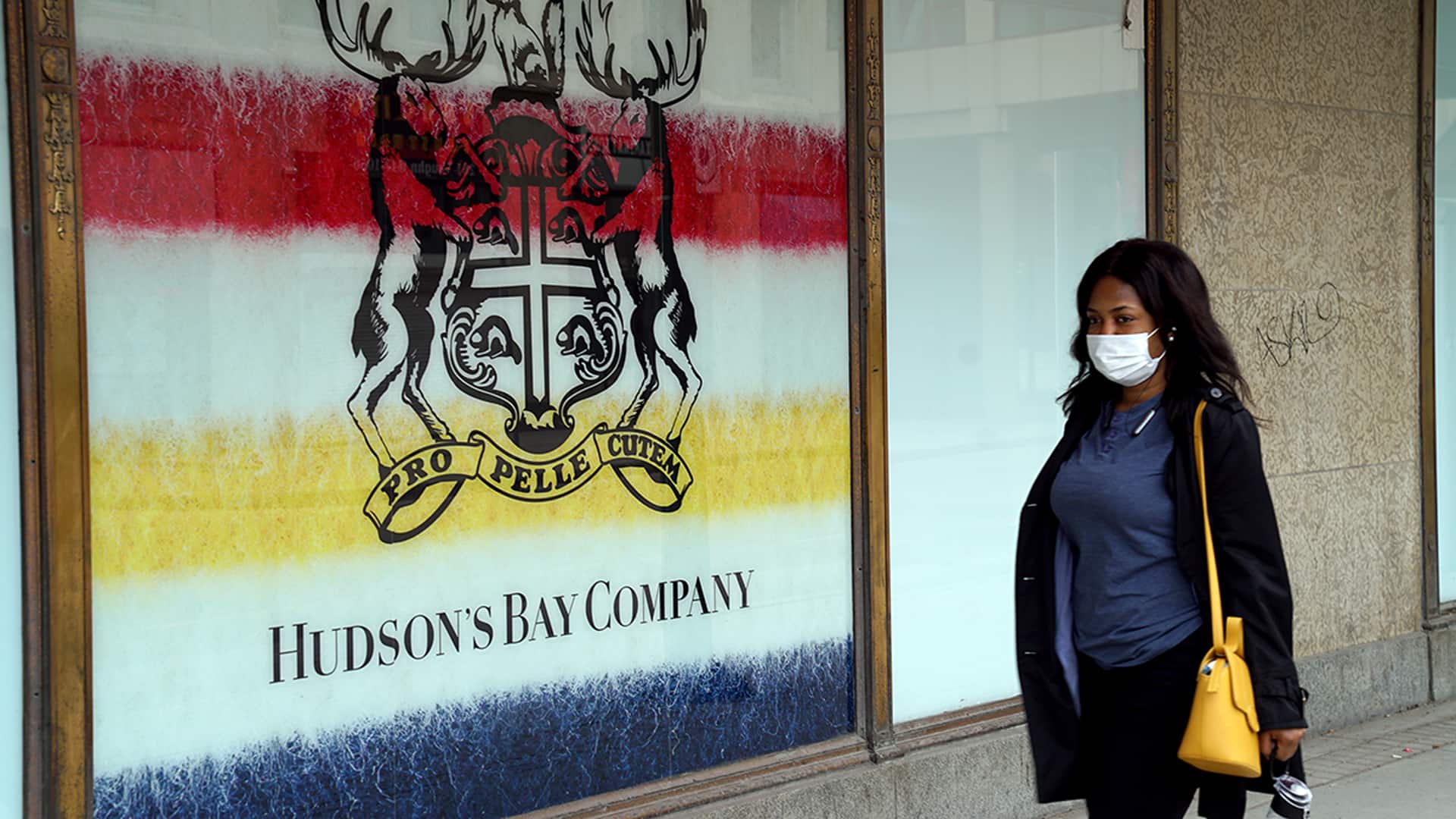 COVID-19 adds to uncertain future for the Bay

10 months ago
2:00
The Hudson's Bay Company may be marking its 350th anniversary, but even before the pandemic, Canada's iconic retailer was facing an uncertain future. 2:00

The Bay has a strong brand and customer recognition, Patterson said, and should find a way to play up its roots.

"These stores could become showcases to talk about Canadian history," he said.

"It's a name that probably everyone would know in this country and losing that, I think, would be really quite tragic."

Mark Reid, editor in chief of Canada's History magazine, which was founded by HBC in 1920 under the name The Beaver, agrees.

"The story of the HBC is in many ways the story of the growth and development of a vast swath of Canada," he said, pointing to the Manitoba Museum collection and the HBC's records collection at the Archives of Manitoba, which he calls "a priceless trove of information about the northwest."

To mark the 350th anniversary, Canada's History published a special themed issue that looked at the history and lasting legacy of the company — for example, the role department stores played in the women's rights movement in the early 1900s, as one of the few places where women could meet without husbands or a chaperone.

"If HBC has shown us anything over the centuries, it's that it is a survivor," Reid said, noting that from the fur trade wars to its retail transition, "the company has successfully navigated the many shoals of business."

Back at the Manitoba Museum, Fay has no doubt HBC can evolve yet again.

In fact, she's already thinking about how to celebrate the company's 351st birthday.