The next phase of True North Square's downtown development is set to open its doors to the public on Friday.

A menu of new dining and drinking options will soon open in downtown Winnipeg as part of True North Square.

Local vendor and restaurateur Bobby Mottola is thrilled the market, which was years in the making, is opening this Friday to the public.

"It is so unique. Every operator in the building is bringing something they are really, really good at," said Mottola. "When you take a look around and see the fit and finish and the attention to detail that the landlord and other partners have put into place here, it is really quite something."

The list of tenants in the multi-million 30,000 square foot market includes:

The food tenants are located on the second floor and a downtown grocery store is expected to open in February. It's being driven by Mottola and chef Jesse Friesen, the same team behind Pizzeria Gusto, Gusto North and Merchant Kitchen.

True North's Jim Ludlow insists the market is more than a typical food court. He says it's unique because of its focus on the experience.

"It's unique in its location. It's unique in that it is not a food court, it is a food hall. It's a blend of chef-centric, local, best-of-brand boutique in a downtown environment where each one of these operators has a location somewhere else in the city," said Ludlow, head of True North Real Estate Development.

" I think the more folks we have living and working here and spending time after work we populate the district. We come together as community and look at the next stages of resolving issues that we are all aware of in our downtown," he said. 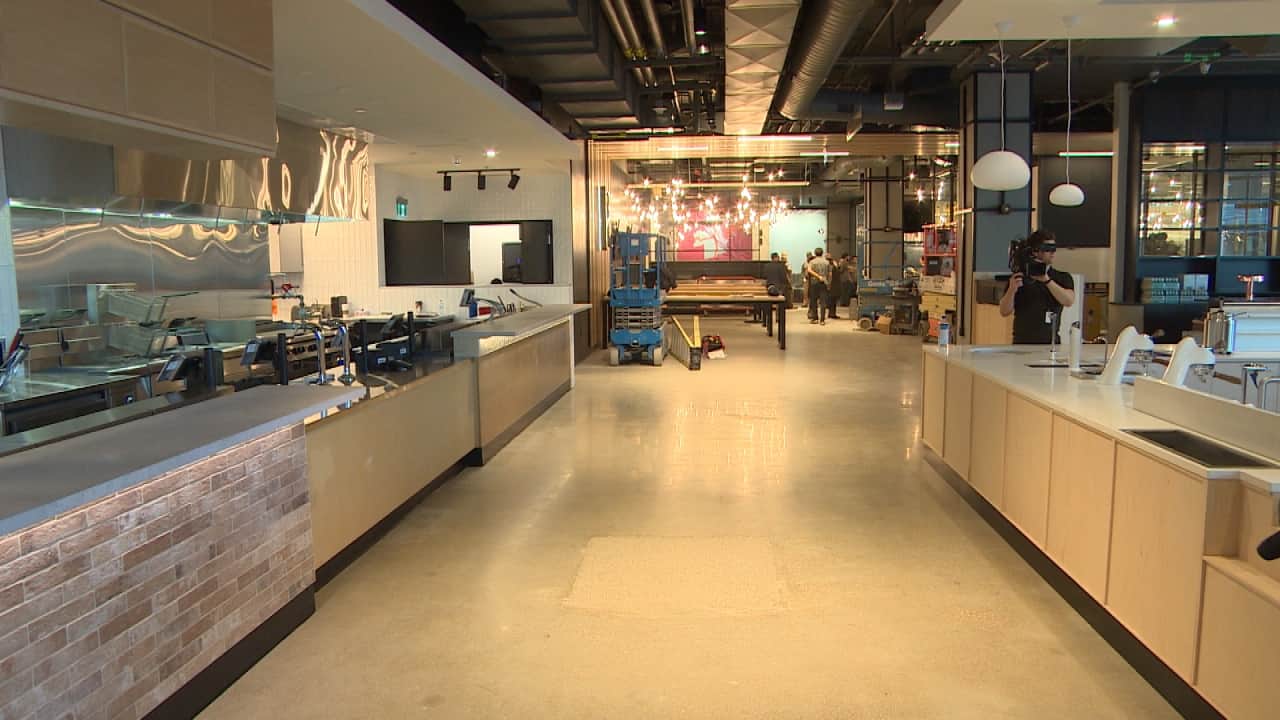 1 year ago
0:39
A menu of new dining and drinking options will soon open in downtown Winnipeg as part of True North Square. 0:39

Ludlow points out where the market is now used to be a crumbling, surface parking lot used by Bell MTS place and the Convention Centre. Now it's a destination, according to Mottola.

"We thought about what we wanted as consumers. What we wanted as parents, what we wanted as friends to get us into our cars out of our south end homes to come downtown and what the experience should be. We tried wherever possible to make sure it's immersive and that it is very experiential. There is lots of theatre behind all the counters." said Mottola.

Initially, the development was set to be a giant Liquor Mart but a new Progressive Conservative government struck down that idea.

He says while the food offerings are limited in terms of menu scope, they have all been vetted and worked on.

"We did 270 burgers to make sure the burger is the right one. We hope the city embraces us," said Mottola.

The food hall will be open at 7 a.m. in the morning for coffee and breakfast and will remain open until later in the evening for drinks and dinner.