It’s been 10 years since a routine bus trip along the TransCanada Highway became a nightmare that resulted in the death of passenger Timothy McLean, 22. The attack profoundly changed the lives of those who witnessed it and responded to it, as well as McLean's extended family.

Tucked in the shade of a roadside tree west of Portage la Prairie, Man., stands a white cross with Timothy Richard McLean's name painted across it in capital letters.

Scratched into the chipped white paint below is the message, "I think of you always son. Love Dad." Next to it stands another cross draped in McLean's blue button-up work shirt with a pair of his sporty sunglasses attached at the collar.

This is where 10 years ago on July 30, 2008, a man known then as Vince Li who was sitting next to McLean on Greyhound bus No. 1170 travelling from Edmonton to Winnipeg on the TransCanada Highway pulled out a knife and repeatedly stabbed his seatmate.

The driver and passengers fled the bus but watched in horror as Li decapitated the 22-year-old Winnipeg man and mutilated and cannibalized his body.

RCMP arrived with special negotiators and a heavily armed tactical unit. It took five hours before they arrested Li when he tried to escape from the bus by breaking through a window.

The memorial crosses have faded with time, but what's clear from the decade since is that McLean wasn't the only victim. Many lives were horribly damaged by the tragedy.

"When this very first happened, for weeks and weeks, I was just mad," McLean's mother, Carol de Delley, recalled as she sat on a bench near her son's grave.

It was so maddening to me that the whole world didn't just stop. Mine did.- Carol de  Delley , mother of Timothy McLean

"Nothing changed for everybody else. The traffic still went. The sun still shone. And it was so maddening to me that the whole world didn't just stop. Mine did. It stopped, and it took a long time to really want to get up every day." 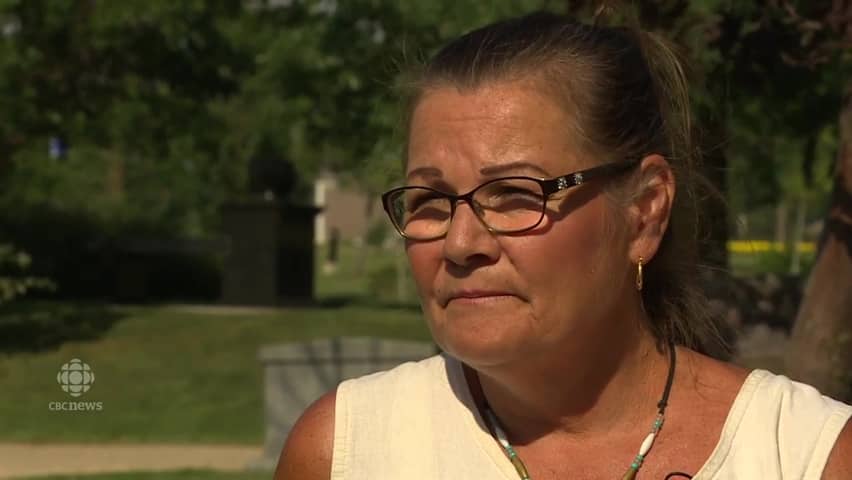 Carol de Delley remembers the day she lost her son

2 years ago
0:53
Carol de Delley, mother of Timothy McLean shares the pain she felt after losing her son. 0:53​​McLean's father, Tim McLean Sr., who has been divorced from de Delley since before their son's death, says it's still difficult to get up some mornings.

"We're trying to move on, but it's very hard, still very hard. I don't think we'll ever be over it," he said, shyly showing a reporter a tattoo of his son's face, permanently inked over his heart.

Li, then 40, was charged with second-degree murder. He pleaded not criminally responsible (NCR) because of a mental illness. A psychiatrist testified that Li carried out the attack because God's voice told him McLean was a force of evil and should be executed. The judge found Li NCR in 2009 and ordered him to be sent to a provincial psychiatric facility.

In February 2017, Li received an absolute discharge and is now living independently in a Manitoba community. The province's Criminal Code Review Board ruled he is no longer required to attend annual reviews or abide by conditions. He later changed his name to Will Lee Baker.

"He has been a model citizen. He lives every day with remorse about what he did, and he knows that, and he knows it was atrocious, and he will never forgive himself," said Chris Summerville, chief executive of the Schizophrenia Society of Canada.

"Society has nothing to worry about, really, because as the review board noted when they gave him absolute discharge, he was at low risk of offending."

Summerville says recidivism rates for people in Li's situation are under seven per cent whereas for someone released from Stony Mountain, the federal prison north of Winnipeg, the recidivism rate would average around 47 per cent.

"So, the fact that he's not been in the news is positive, and that's actually true of 99 per cent of people who were found not criminally responsible because of a mental disorder and absolutely discharged," Summerville said.

That's something de Delley vehemently disagrees with and has been fighting for years.

She has attended House of Commons and Senate committee meetings to ask for changes to the law  pertaining to NCR cases.

"Vince Li got help. Good for him," she said. "Maybe he's feeling better today. My son's still dead. What if he chooses not to take his medications? We know what he's capable of."

Lawsuit dropped, another in limbo

In 2011, two of the bus passengers filed a lawsuit against Vince Li, Greyhound, the RCMP and the government of Canada asking for $3 million to compensate them for "witnessing the defendant Li stabbing Mr. McLean Jr. to death, mutilating his body and performing acts of cannibalism."

It was dropped in 2015 after the bus line said it could not be sued under Manitoba's system of no-fault vehicle insurance.

McLean Sr. and his family also filed a lawsuit of $150,000 against Li, Greyhound, and the Attorney General of Canada.

"Our lawsuit right now is still in limbo," McLean Sr. said last week, adding he's not allowed to disclose the details of the negotiations.

"Greyhound does not want to back down on anything, I guess, because they're a big company, and they figure that they can do that. We don't believe it's right."

Greyhound did not respond to a request for comment from CBC News.

One of the only bright spots following McLean's death was the birth of his son nearly five months later on Dec. 21, 2008.

"He is a gift from God sent by my son to give me a reason to get up every day and to take care of, and I'm doing that to the best of my ability," de Delley said.

But that gift has also brought more pain.

Since 2009, the boy has been in the middle of a bitter custody dispute between de Delley and Colleen Yestrau, the boy's mother.

The boy has been living with de Delley and her husband since January 2015. They were awarded permanent guardianship after a trial in February 2016.

Yestrau hasn't seen her son since January 2018 after a dispute with de Delley and the agency supervising visits.

She doesn't want to be interviewed about it, but her eyes fill with tears and her voice shakes as she describes how much she misses her youngest child and how much she wants to see him.

Tim McLean Sr. also hasn't seen his grandson for years because of ongoing disagreements with de Delley, which, he says, has exacerbated the pain of losing his son.

He has two photo albums, one of Timothy and one of his grandson, and says he looks through them regularly.

"I'm sad we don't have any recent pictures of him, but for now, these will have to do," he said, pointing out a photo of his grandson with some cousins. "Great memories. Unfortunately, they're just memories." 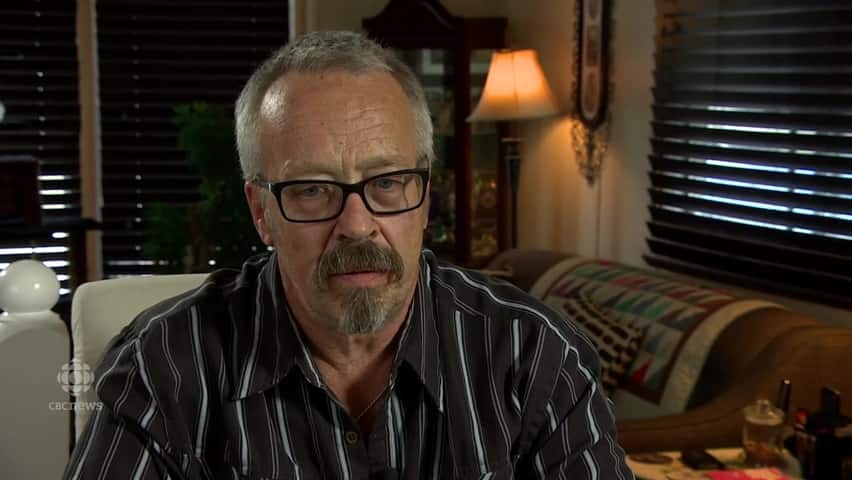 Tim McLean Sr. talks about the type of person his son was

2 years ago
0:47
Tim McLean Sr. talks about his son Timothy Mclean and the type of person he was before his life was tragically taken 10 years ago. 0:47

"He knows that a very sick man did a very terrible thing and it all happened on a bus," said de Delley. "And I've just recently learned he knows some further details about the condition of his father. And we're we're going to be working through that."

The boy has been receiving psychological care for a couple of years, and de Delley said she is trying to figure out the best way to prepare the boy for what he will eventually learn.

"We don't want to tell him any more, but if we don't, somebody else is going to," she said. "It'll be all over the internet any way. He can access it himself. He's almost 10 now."

One of the passengers, who suffers from a mental illness, gave birth years after the bus attack and had her newborn apprehended by social workers because they were concerned her illness and the post-traumatic stress disorder (PTSD) stemming from the attack made her unfit to care for her daughter.

The baby was in a foster home for the first 18 months of her life. She was returned to her mother and grandmother one year ago. CBC can't identify the family under child welfare legislation to protect the daughter.

A court recently gave her grandmother sole custody with the discretion to give her daughter "generous and reasonable access" to help with decision-making and care. 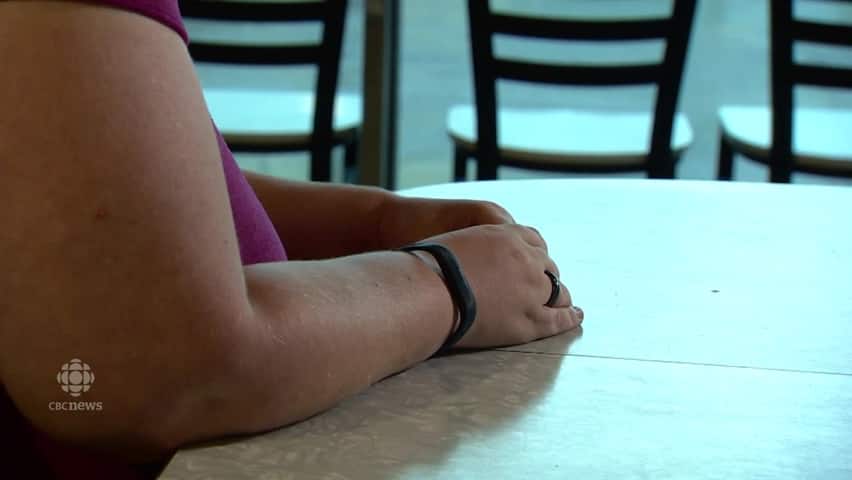 Witness talks about the man who beheaded a fellow passenger

2 years ago
0:57
A witness of the bus attack who suffers from PTSD stemming from what she saw on that Greyhound bus talks about the perpetrator and mental health. 0:57

The woman says she still has nightmares. She has problems using public transit and trusting people. She also gets nervous around strangers.

"She's taken one heck of a blow. I wonder whether she'll ever recover and be able to live a normal life and be a normal mom, like other moms."

After years of trauma and abusive relationships, the woman says getting more access to her daughter has been a catalyst for change.

"It made me want to be normal so just working on myself, working on being better, being a mom. Having to putting her needs before mine, putting my mental health first and then being able to look after her," she said as her daughter laughs and plays nearby.

Chris Alguire, a truck driver who stopped to help when he saw the passengers on the side of the highway, is also struggling with PTSD.

He helped barricade the door to keep Li inside the bus and witnessed Li decapitating McLean.

"After 10 years, I have never stopped mourning the life of Timothy McLean," he said.

He said his PTSD exhibits itself as rage and alcoholism.

"I've become an alcoholic to help me sleep at night. I know better and don't think my reaction is surprising to anyone. However, I hate what challenges me daily now," Alguire said.

Alguire says he can't understand why Li was given an absolute discharge and given the "freedom to repeat his actions."

But the bus passenger who lost custody of her daughter after the killing says she has come to develop some empathy for Li.

"In some sense yes, I've forgiven him. I've been able to normalize that he is a person with mental illness. It doesn't give him a free pass, but it gives a little better understanding of what's going on," she said.

"To me, Vincent Li is not a monster, he's just someone that unfortunately went through undiagnosed mental illness." 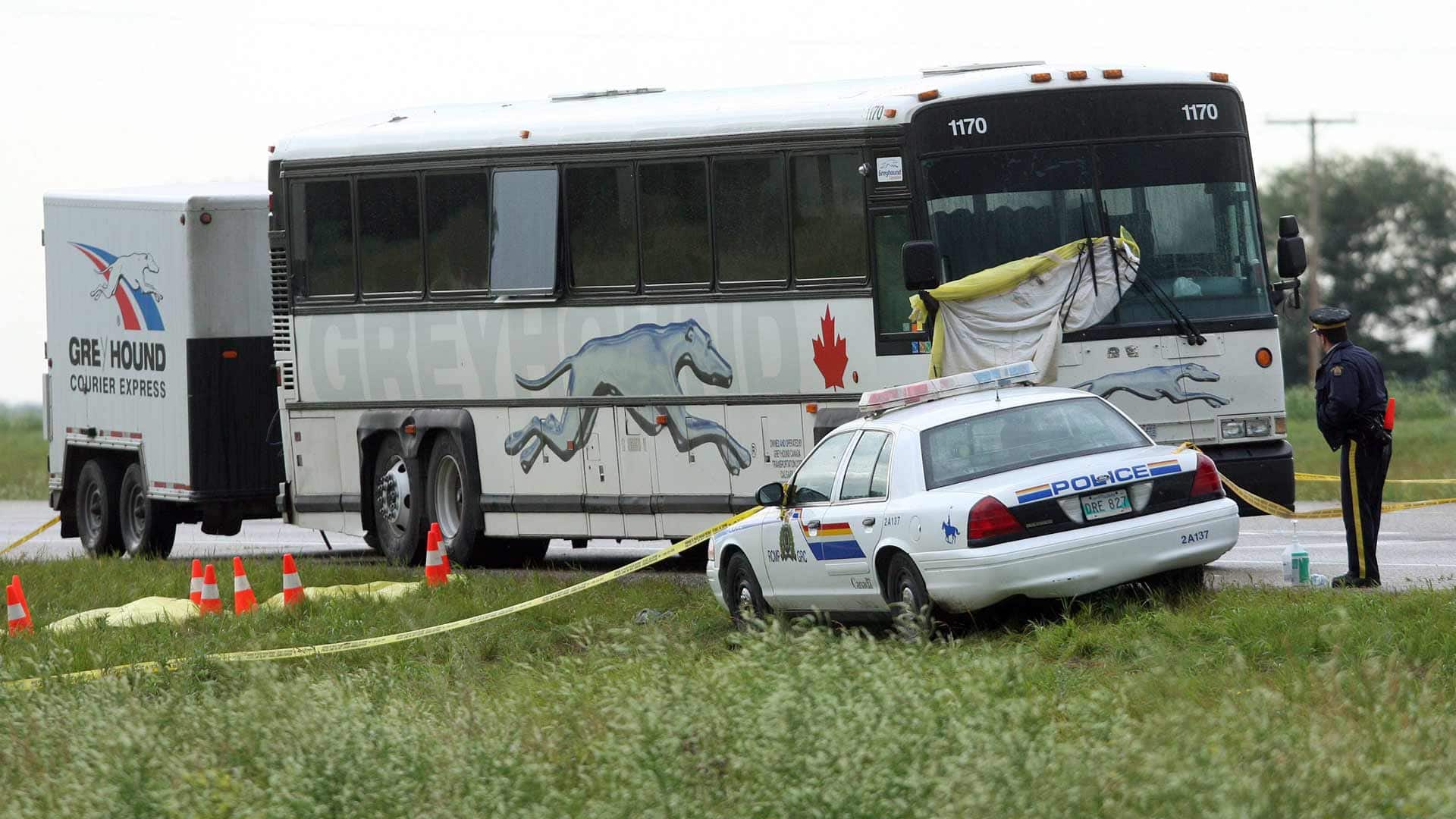 2 years ago
5:04
The Greyhound bus attack that killed Timothy McLean still haunts his family 10 years after it happened. The National spoke to McLean's mother, as well as others who were on the bus, for more on how that horrific day is still affecting them. 5:04