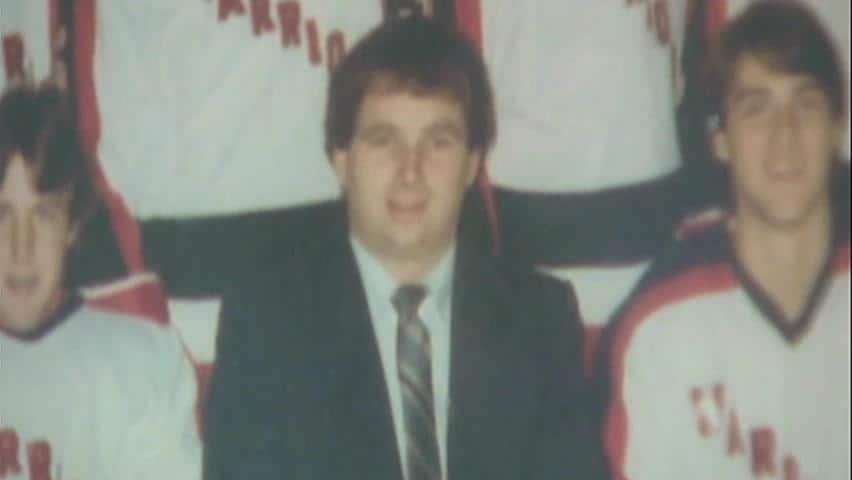 James entered the guilty pleas in a Winnipeg courtroom on Wednesday afternoon. He and his lawyer appeared in court via video link from Montreal, where James currently lives.

"Mr. James has entered guilty pleas of his own free will. No one promised him anything or threatened him," his lawyer, Evan Roitenberg, said by video link.

James will have to travel to Winnipeg for his sentencing hearing, which will take place on Feb. 22, 2012.

Graham James pled guilty years ago, and then he was granted a pardon, after he was found in Mexico and brought back to Canada on these charges he was given bail, then plea bargained for 14 months — this is what the mighty Canadian justice system allowed a previously convicted child rapist to do.

There's only one answer = he's guilty.

I believe what people show me — he showed me he was and is a rapist. There is no changing a monster like that.

Defence lawyers can package up their clients in fancy words and lengthy legal manoeuvres, but how they sleep at night knowing they are aiding and abetting a rapist is beyond me.

There is no more sugar-coating this. This guilty plea is an international call to action — these people, the rapists and their defenders alike, need to take notice that victims, survivors, and victors of sexual assault will stand together and we are going to change this world.

This is a call to action on behalf of the eight million survivors of childhood rape, and a call to all Canadians – this epidemic has to stop and stop now.

Fleury was recruited at age 13 by James and moved from his hometown of Russell, Man., to play junior hockey in Winnipeg.

The name of the second victim is still covered by a publication ban. The third complainant, John Greg Gilhooly, has agreed to have the publication ban lifted on his name, according to Crown prosecutors.

The charges involving Gilhooly were stayed on Wednesday.

Roitenberg told CBC News that James pleaded guilty to the two counts of sexual assault because he wanted to take responsibility for what he has done in the past.

James has dealt with the case "in an upfront manner since the matter arose," Roitenberg said.

The lawyer would not comment on why James did not plead guilty in the third case.

In an interview with CBC News, Gilhooly said James had befriended him in the late-1970s, when Gilhooly was a 14-year-old hockey player in Winnipeg.

"He was viewed as a hockey god, and when he welcomed me into his life — and the possibilities that he believed were there for me — it was very intoxicating. And I, unfortunately, took the bait," he said.

"Graham is no dummy and Graham is very good at what he does," he added. "Unfortunately, he's used his skills for the forces of evil and not good."

The charges against James stem from alleged encounters between 1979 and 1994 that were said to have occurred in Winnipeg and in Swift Current, Sask., and Moose Jaw, Sask.

Crown attorney Colleen McDuff told the court on Wednesday that James repeatedly fondled the two victims on various occasions while they slept.

Fleury, 43, has been candid about the allegations of abuse he suffered at the hands of James, now 59.

In his 2009 autobiography, Playing With Fire, Fleury alleges James began molesting him when he was 14. Fleury, who has suffered from substance abuse that brought a premature end to his NHL career, didn't discuss the alleged molestation until it was published in the book.

He then ignited the latest charges against James by going to police in Winnipeg in January 2010 and filing a criminal complaint.

Police launched an investigation that led to the two additional complainants coming forward.

"There's only one answer — he's guilty," Fleury said in a statement issued shortly after James entered his plea.

"He showed me he was and is a rapist. There is no changing a monster like that."

James pleaded guilty to those sexual assault charges in 1997 and served about two years of his sentence before being released. He was pardoned by the National Parole Board three years ago and moved to Mexico.

James returned to Canada after Winnipeg police issued a warrant on the new charges in October.

"I figured that Graham was going to plead guilty," Kennedy told CBC News shortly after James entered the latest plea.

But Kennedy said he has mixed feelings about James's plea, since the charges involving Gilhooly were stayed.

"The way I feel today is there was three victims," he said. "Graham pleaded guilty to [assaulting] two victims, and I know the third victim pretty much had to take one for the team."

Fleury has criticized the Canadian justice system for allowing James to go free despite his previous convictions.