A woman and her two daughters who were left homeless by a Wednesday night fire are now getting help from an unexpected source. 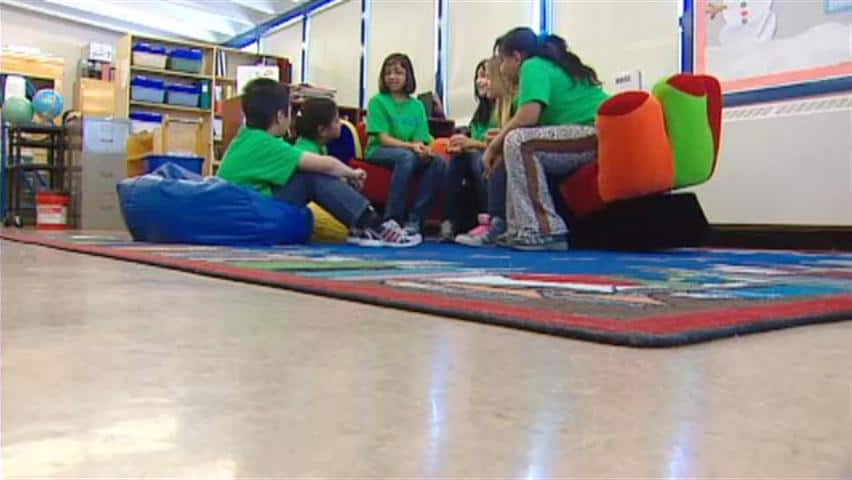 8 years agoVideo
1:29
Students at Harrow School in Winnipeg are raising money to help Rena McLeod and her two daughters, after fire destroyed their home and almost everything they owned. 1:29

A woman and her two daughters who were left homeless by a Wednesday night fire are now getting help from an unexpected source.

Students from Harrow School have stepped up to help the trio by donating money.

Rena McLeod and her two daughters were left homeless after a Wednesday night fire at their home on Magnus Avenue.

They had just moved in March 1, and McLeod said she didn’t have tenant insurance.

"We were just settling in, not even a couple of weeks. We don't have very many things, but what we did have, it's all gone," McLeod said.

McLeod was renting the home, which caught fire at about 3:30 a.m. She said firefighters told her all of her possessions are unsalvageable.

"They don’t have any clothes to wear to school or anything," said McLeod.

When Grade 6 students at Harrow School heard about the family’s plight, they stepped up to help out.

The students raised $150 during a food drive and now have offered to start a trust fund for the family, and provide the first donation.

"We watched the CBC news clip this morning, and we all thought it was devastating," said student Ashley Houle.

"I feel happy and warm to help them," said Frewengel.

McLeod said she was overwhelmed by the support.

"That’s so amazing. I started crying when I found out, and I just want to say thank you to them so much from the bottom of my heart," she said.

But McLeod will still have to start from scratch, amassing furniture and clothes for herself and her children.

Damage from the fire is estimated at $100,000, and fire officials are still investigating what caused it.

Donations can be made to the Harrow Eco Kids Donation Account at any Assiniboine Credit Union.