There's some debate over how bad the problem truly is this summer, but there's no denying the annual invasion is underway.

There's some debate over how bad the problem truly is this summer, but there's no denying the annual invasion is underway.

"I have a feeling they're going to get almost as bad as they were last year," said Lenni Finnbogason, 17. "They're coming in swarms."

The fishy-smelling flies started to arrive in Gimli over the past few days.

The municipality experiences the bug boom every summer, but the invasion of 2016 was of biblical proportions and one of the worst in recent memory in Gimli, Matlock and other Lake Winnipeg communities.

"They were horrible," said Finnbogason.

"Last year was definitely the worst."

The non-biting insects are particularly noticeable at nighttime, Finnbogason said.

"I work at a gas station and we have to shut our lights off at night or we're going to have to be sweeping the parking lot all day, because they just come in loads there," Finnbogason said, adding she is bracing for the possibility that roads will get gunked up with the dead creatures.

Dee Dee Miyai lives in Gimli and said the bugs aren't all that bad this year.

"Last night when we were fishing on the dock, they were flying everywhere, landing on everyone, going down your shirt, going in your hair, in your eyes and a lot of people were bothered, but my kids don't really mind them at all.… We like them."

She's used to the yearly influx, but not all tourists come prepared.

"It's pretty funny," Miyai said. "There was 10 girls that were screaming, trying to shoo them off. I don't even known why they attempted to walk down the dock, because you could see it right at the beginning."

Two of the first things fish flies seek out after hatching are bright light and steady structures to attach to, said Jordan Bannerman, an instructor in the University of Manitoba's entomology department.

"They can be particularly problematic along where people have cabins or anywhere that has lights," Bannerman said. "It makes them seem even more numerous than they are.

"When they're attracted to those lights, a lot of them end up on roadways and they get squished, and they can actually cause quite slippery conditions if there's a lot of them."

Fish fly larvae feed on dead and decaying organic matter at the bottom of fresh-water basins.

Show up on radar

It takes two years for larvae to reach maturity, emerge en masse and swim up from the deep sediment of rivers and lake bottoms in Manitoba.

Adult fish flies don't eat in their brief, two-day lifespan. They fly to places such as Gimli, where they molt before taking to the air again, mating in frenetic clouds over water bodies at dusk and then dying, Bannerman said.

"Pretty much once they've mated, that's about it," he said.

"They can reach astronomically high numbers.

"The emergence can be so intense in areas that it can actually show up on Doppler radar. It could happen here."

Weather and temperature play a role in the synchronized hatch between the end of June and early August, but scientists don't fully understand what specific cues trigger the phenomenon, Bannerman said.

Wind patterns are largely to blame for when they arrive in larger numbers in particular communities, Bannerman said, but it's difficult to predict whether Gimli is in for an explosion like last year.

"[We] don't really have a good sense on the numbers, year to year," Bannerman said. "The populations do tend to fluctuate, so we don't necessarily know which years the numbers are going to be higher than others."

They also play an important role in the broader ecosystem of Lake Winnipeg.

For Miyai, fish flies are a sign of a healthy Lake Winnipeg. Bannerman agreed and advises cottagers to abstain from hiring pest removal companies to spray and kill flies on their properties.

"That's certainly something I would never advocate," he said.

The flies are a critically important food source for commercial fish species such as walleye.

"These mayflies are a really important part of the ecosystem and very important for the health of the lake, so my best advice is just leave them alone. I realize it can be pretty annoying to have your cabin completely covered in mayflies for a couple days, but it is a very short-lived process, so the best thing is to probably just let it happen, and do the best you can to deal with it." 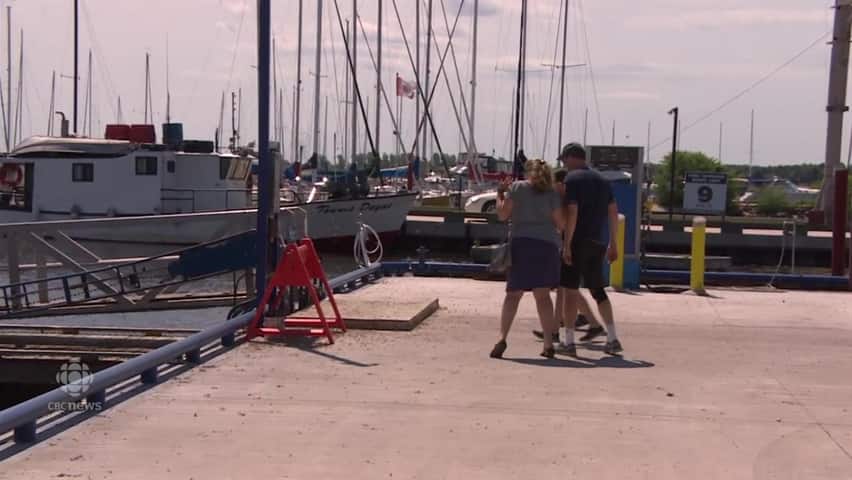 With file from Meaghan Ketcheson