A year after manhunt for teen murder suspects, some in Manitoba town are forever changed

Residents of Gillam, Man., were on edge as police searched for B.C. teenagers Kam McLeod and Bryer Schmegelsky, who were on the run after being suspected of murdering three people last summer. That uneasiness remains a year later for some in the northern Manitoba community.

Exhaustive search for fugitives leads to their bodies, but many questions remain

It was an unusual sight: a barking police dog in northern Manitoba's remote dense brush and heavily armed tactical officers in camouflage as a drone flew overhead. The officers were draped in head net mesh to keep thousands of swarming bugs away.

This scene that played out a year ago this week near Gillam, Man., would mark the start of a nationwide hunt for Canada's two most wanted men — B.C. teenagers Bryer Schmegelsky, 18, and Kam McLeod, 19.

The RCMP say the teens, who were first reported as missing, murdered Chynna Deese, an American, her Australian boyfriend, Lucas Fowler, and University of British Columbia botany lecturer Leonard Dyck before going on the run — triggering what may be the largest manhunt in Canadian history.

Hundreds of RCMP officers worked on the case in Manitoba and B.C., the FBI and Australian police were involved and military aircraft were brought in.

Gillam, which has an airport, served as the base for the RCMP during the search. It's where the Mounties' detachment is located and where many officers slept. But most of the ground search took place away from the town in areas closer to the Fox Lake Cree Nation.

Mayor Dwayne Forman said for the most part, his town, located about 1,000 kilometres north of Winnipeg, has gone back to a sense of normalcy, but "there are a few people that are still negatively affected and will always be affected by this."

Even after the teens' bodies were found last August less than an hour's drive from the town, he said, some in the community were still scared. As an example, he pointed to a father who had never slept apart from his wife for 20 years. But once the manhunt began and the military was called in, he started sleeping in the living room with a gun.

Forman said when he talked to the man about six months after the ordeal, he was still sleeping in the living room.

"Obviously it's still in his mind and he's still under the protection mode."

The discovery of the fugitives' bodies along the Nelson River, near the Fox Lake Cree Nation, provided a sense of relief for residents who had been looking over their shoulders for weeks.

It calmed Canadians who thought they spotted the teens in other provinces and marked the end to a story that gripped the world.

"I think it would've been a totally different scenario if they were never found. Them being found, I think, put a lot of people's minds at ease that this hopefully once-in-a-lifetime situation that happened up here, worldwide manhunt, ended with closure," Forman said.

But the discovery, which happened with the help of Fox Lake resident Billy Beardy, didn't provide answers to the big question: Why?

Why gun down a loving couple — who were on vacation travelling to the Canadian Rockies in a van — in cold blood? A pathologist determined that Deese, 24, and Fowler, 23, were shot multiple times and said it appeared the shooter(s) stood behind the victims for at least some of the shots.

Why drive another seven and a half hours and shoot a third person, 64-year-old Dyck, and leave him with injuries the RCMP wouldn't release? And why go to northern Manitoba, of all places?

The bodies of Fowler and Deese were found on July 15 at the side of the Alaska Highway near Liard Hot Springs in northern B.C. Dyck's body was found four days later in a highway pullout near Dease Lake, about 500 kilometres to the southwest. 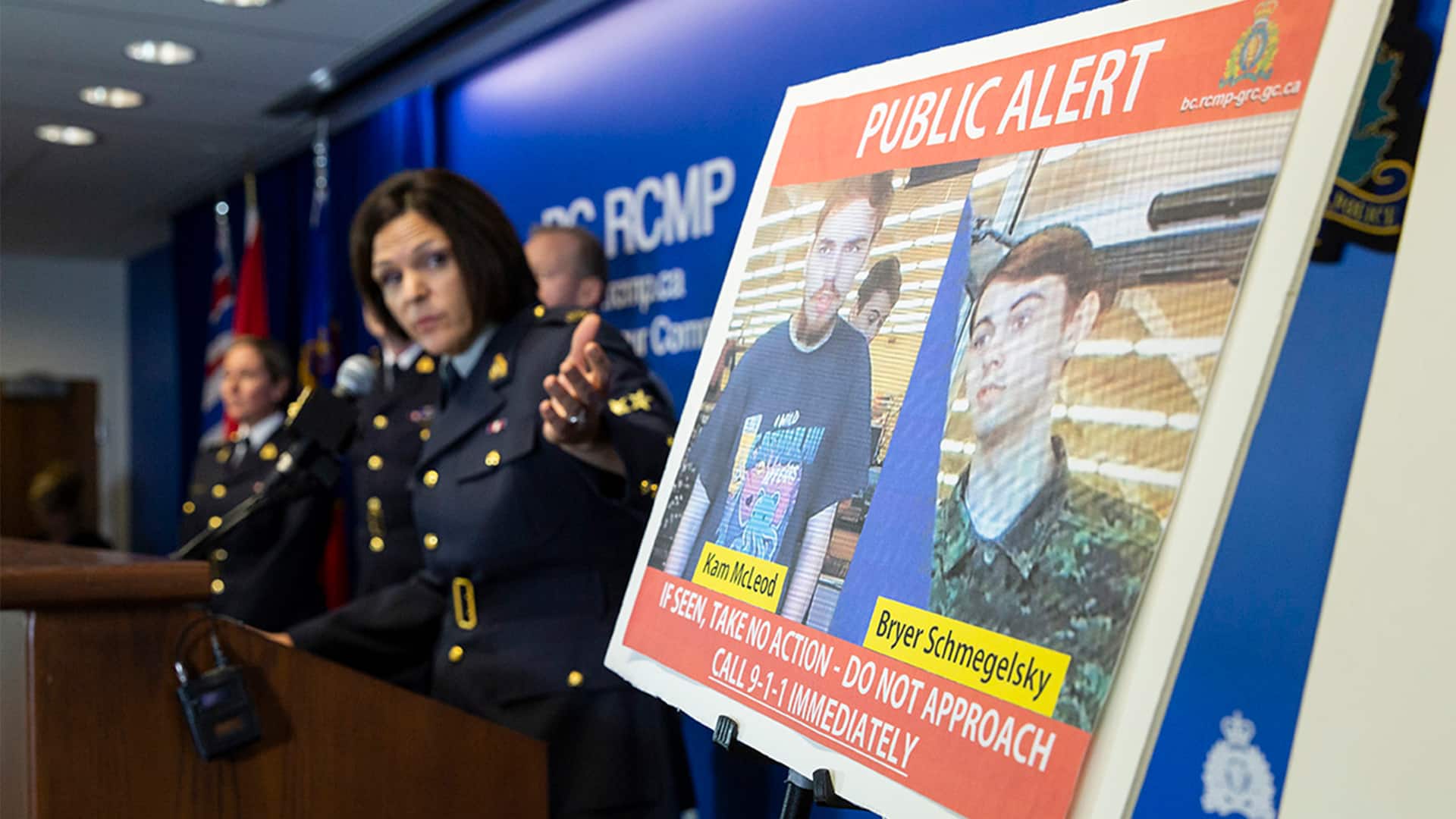 6 months agoVideo
2:28
Last summer’s manhunt for Bryer Schmegelsky and Kam McLeod — on the run after they became suspects in three B.C. murders — near Gillam, Man., kept area residents on edge for weeks. One year later, many are still shaken. 2:28

"It dumbfounds me," Forman said.

Finally, who was the tipster who knew the teens and alerted the RCMP in B.C. two days after they were reported missing, saying they may actually have been involved in the murders?

'It does give me chills sometimes'

Sandra Broughton, a resident of Fort Nelson, B.C., said she still wonders what would have happened if Fowler and Deese took her and her husband up on an offer of help while their van was broken down on the Alaska Highway.

"You always have the what ifs in the back of your head," she said.

Broughton and her husband, Curtis, who is a mechanic, were among the last people to see Deese and Fowler alive before they were gunned down. They had pulled over after spotting the young couple's van, with the hood up, on the side of the road in a remote area without cellphone service.

"It's surreal, like a weird dream in a way. You know in that moment that destiny could have been changed," Broughton said.

"We were there offering help and to be helpful, like being the good in the world, and yet the same day they met the worst out there in the world."

Broughton recalls Fowler's Aussie accent while he politely turned down the couple's offer of help.

"I just remember him explaining what was wrong, like really well," she said, adding it later made sense when she learned he had completed a mechanic apprenticeship in high school.

A year later, Broughton said, her husband still pulls over to offer others help, and she still thinks about their interaction last summer.

"It does give me chills sometimes," she said.

In Gillam, Suman Adhikari had come up with a plan for what he would do if the murder suspects walked into the town's bar.

The bartender, who is from Nepal and is used to a military presence, recalls being surprised when police stormed into Gillam and said he was "scared all the time."

Officers and reporters from around the world filled the Kettle River Inn & Suites, which has a bar and beer vendor that Adhikari operates.

He said he told himself that if the teens walked in, he'd try to act normal and give them a beer while he quietly called the RCMP.

While many residents of Gillam and Fox Lake Cree Nation were staying in their homes during the manhunt, some still ventured to the bar. Adhikari said he remembers a request from one woman.

"Can you watch me, please. I don't want to walk along this road. I feel very bad. Maybe these murdering guys can do something wrong to me. Please, can you drop [me at my] house," he said, quoting the woman.

The request was unusual, since people in the town didn't lock their doors and were never scared to walk home from the bar.

"Gillam is like a small town, zero crime, and we know each other, and [it has a] strong community and we love each other," Adhikari said.

The manhunt changed that, Forman said.

"In that aspect, there are some people that have changed, that have gotten to a locking system — and that's unfortunate because being a close-knit community, we've always had that open-door policy."

'We found them. Thank goodness'

At the time of the manhunt last year, Jane MacLatchy, the RCMP's assistant commissioner for D Division in Manitoba, had been on the job for only about six months, and it was her first major public case.

In an interview with CBC this week, the veteran officer — who joined the Mounties in 1988 in B.C. — spoke about the immense challenges posed by the search.

"There's muskeg, there's dense forests, there's swamps, there's wildlife. It was a very challenging place," MacLatchy said. "And we also had people looking for these two suspects and knowing they were going into harm's way every day. So they had to take the tactical approach as well, just in case they were confronted by an armed suspect."

When she could finally announce that the bodies of the two suspects had been found, "it was mixed feelings really for sure," the officer said.

"We found them. Thank goodness. We knew there was a likelihood that they were deceased.... And if we hadn't found them ... the communities [would] be living in fear — serious, serious fear in their own homes — for who knows how long," she said. "So I was really relieved that we'd found them.

As for why the murders happened, MacLatchy said, "I'll be honest, I would like to know why those two young men decided to take the steps they took, but I don't think we ever will."

In videos the teens made on a digital camera belonging to Dyck that the RCMP found with their bodies, they took responsibility for the killings and showed no remorse.

They also talked about going to Hudson Bay, where they would "hijack" a boat and travel to Europe or Africa.

During the start of the manhunt, it was thought Schmegelsky and McLeod might try to get on a train from Gillam to Churchill, Man., but that never happened.

Instead, they went to the fast-moving Nelson River, about eight kilometres northeast of where they burnt Dyck's Toyota RAV4.

They shaved while preparing for their own deaths and talked about their plan to kill more people. The RCMP found a full box of ammunition in a backpack belonging to McLeod six days before the suspects' bodies and two rifles were found on Aug. 7 near the Nelson River.

The documents, obtained through an access to information request, reveal that in one video, Schmegelsky — who would have turned 19 on Aug. 4 — "advises they have found a nice little spot by the river where they are going to shoot themselves."

But the list of contents on the camera is heavily redacted and doesn't provide a full picture of what the RCMP found.

The fact that the suspects were armed and said they planned to kill more people is still unsettling for Forman, who gets emotional while talking about the discovery of the teens' bodies.

"I'm just thankful that no one else was hurt," he said. "That was scary for me knowing how close they were to Fox Lake." 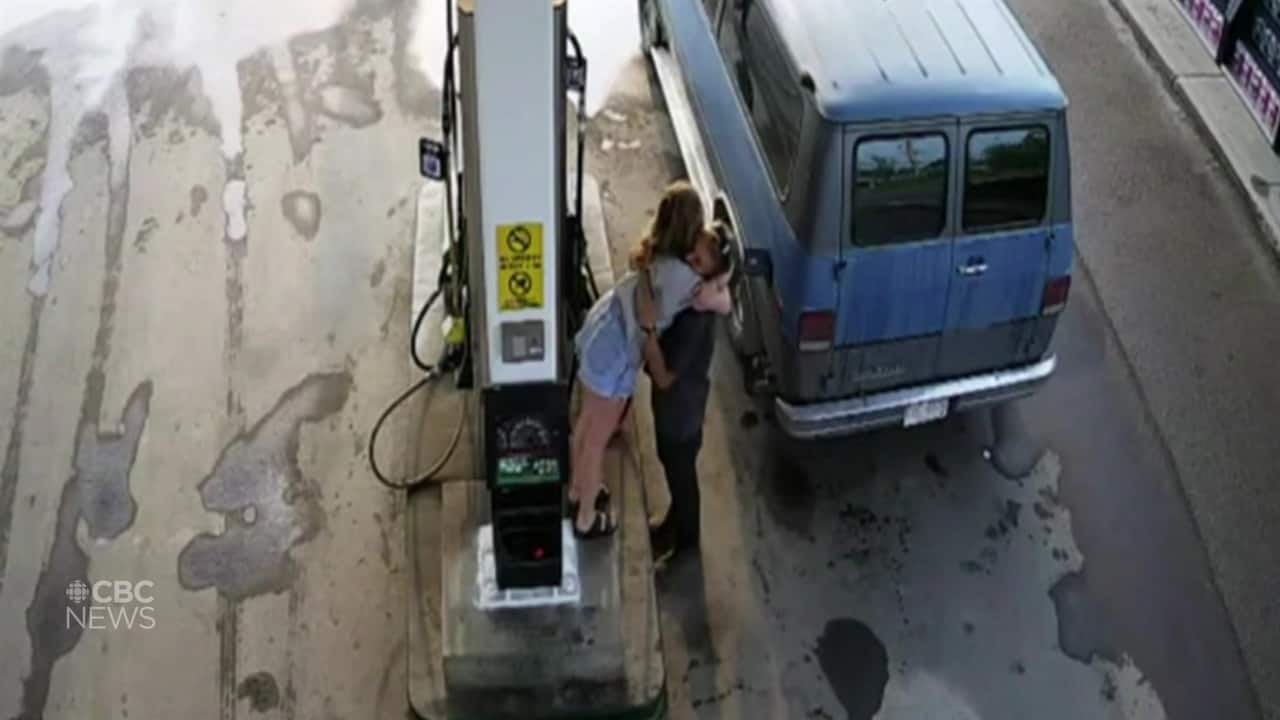 6 months agoVideo
2:26
Residents of Gillam, Man., were on edge as police searched for B.C. teenagers Kam McLeod and Bryer Schmegelsky, who were on the run after being suspected of murdering three people last summer. That uneasiness remains a year later for some in the northern Manitoba community. 2:26