A man admitted in court Monday to plunging a sword almost a foot deep into the chest of James Tucker, the former head of the Manitoba chapter of the Ku Klux Klan who was killed more than two years ago.

A man admitted in court Monday to plunging a sword almost a foot deep into the chest of James Tucker, the former head of the Manitoba Ku Klux Klan who was killed more than two years ago.

The case was expected to go to trial but instead the guilty pleas were made before Justice Richard Saull in the Court of Queen's Bench.

Winnipeg police previously said Tucker, 45, previously known as William James Harcus, led the local chapter of the KKK in the 1990s. Investigators said his death wasn't connected to his former role with the white supremacist group.

Emergency crews were called to an apartment complex on Furby Street, just north of Ellice Avenue, on June 23, 2016, where they found Tucker unresponsive and suffering from stab wounds. He was rushed to hospital, where he was pronounced dead.

Court heard Evans and Flett visited the building to obtain drugs and confront someone they believed was selling meth. Evans was armed with a sawed-off rifle and sword and Flett was carrying a handgun, said Crown attorney Neil Steen as he read out a statement of facts agreed on by Evan's lawyer Mike Cook and Flett's lawyers Gerri Wiebe and Ryan McElhoes.

The men confronted Tucker's roommate and used the handgun and brass knuckles to beat the roommate in the hallway, court was told. After two to three hours of threats, the roommate let them into the apartment suite, said Steen.

They ordered Tucker to the ground at gunpoint and kicked him in the face, Steen said, at which point Tucker swatted away a gun barrel pointed at him and it went off.

A struggle ensued between the three men and that's when Evans stabbed Tucker through the chest with a sword, Steen said. An autopsy revealed the blade passed through Tucker's heart down into his diaphragm at a depth of 29 centimetres (11½ inches).

"A hook or barb on the sword became lodged on the inside of Mr. Tucker's chest and could not be removed by either accused or even paramedics when they arrived later on," Steen told court. 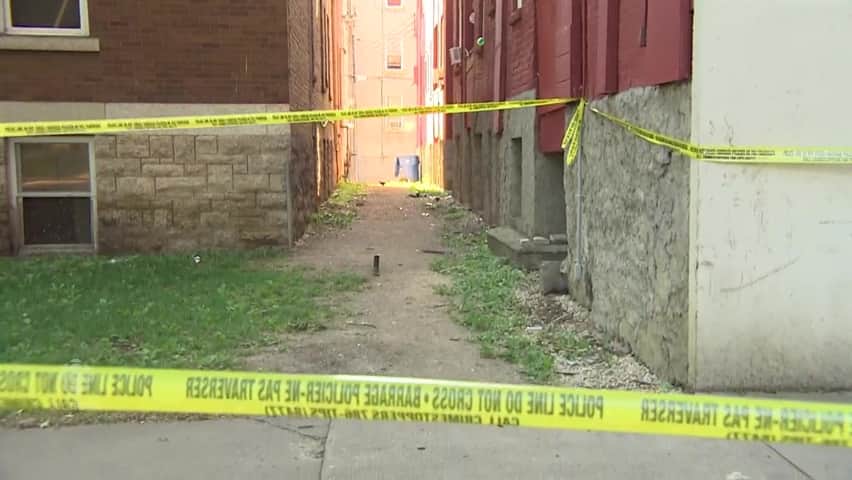 Joshua Evans will face a life sentence in prison.

2 years ago
1:35
A man admitted in court Monday to plunging a sword almost a foot deep into the chest of James Tucker, the former head of the Manitoba Ku Klux Klan who was killed more than two years ago. 1:35

Evans and Flett took off and the roommate called police. Tucker died of internal bleeding, likely within minutes.

At the time, both gave statements admitting they were involved but denied stabbing Tucker, Steen said.

In a statement to police, Evans said Tucker "was being stubborn and wouldn't follow commands."

"In his words he, that is Mr. Tucker, was being a hero," Steen said, reading Evans' statement to police in court.

The sentencing for Flett and Evans is expected to take place in November.

In 1992, the Manitoba Coalition Against Racism and Apartheid was among those filing human rights complaints against Tucker, then Harcus, and the Manitoba KKK.

At the end of a three-day Canadian Human Rights Tribunal hearing, a judge ordered the hate group and Harcus to put an end to a phone line they initiated. The phone line delivered messages aimed at sowing hatred against non-white and Jewish people.