The MTS Centre is 10 years old this week, so we've dug through CBC Manitoba's archives for stories about the Winnipeg Jets' current home and its predecessor, the Winnipeg Arena. 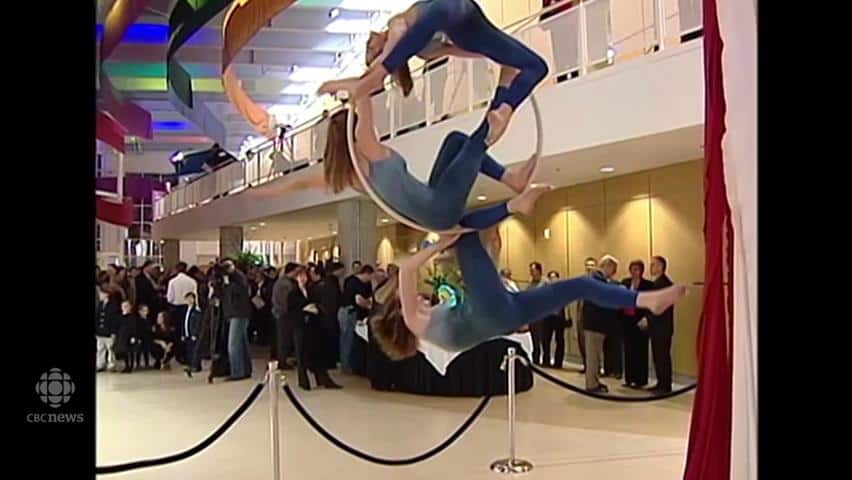 6 years agoVideo
6:07
In this report dated Nov. 17, 2004, CBC News checks out the grand opening of the MTS Centre, the new hockey arena and performing arts venue in downtown Winnipeg. 6:07

The MTS Centre is 10 years old this week, so we've dug through CBC Manitoba's archives for stories about the Winnipeg Jets' current home and its predecessor, the Winnipeg Arena.

The Jets will mark the MTS Centre's 10th anniversary on Tuesday night, when the team hosts the New Jersey Devils. Up to 15,000 fans attending the game will get a limited edition lithograph marking the occasion, according to True North Sports and Entertainment Ltd.

The first video from the CBC vault is from the official opening on Nov. 16, 2004. Throngs of people waited outside for their opportunity to see the new facility and take in music from some of Canada's top performers.

In the second CBC video from Oct. 21, 2004, the CBC's Mike Beauregard reports on the finishing touches on the MTS Centre and talks to Manitoba Moose players as they say goodbye to the old arena, affectionately known by many as the "Old Barn." The old arena was torn down in 2006.

The third video is from early 2003, as the demolition of the Eaton's department store building was well underway. The demolition was controversial, as Winnipeggers debated the future of the historic downtown structure.

What are your memories of the MTS Centre, the old Winnipeg Arena or the Eaton's building? Post your thoughts in the comments section below.