Young adults who send text messages more than 100 times a day tend to be more interested in wealth and image than leading an ethical life, researchers in Winnipeg have found.

Those who text 100+ times a day more interested in wealth and image, psychologists say 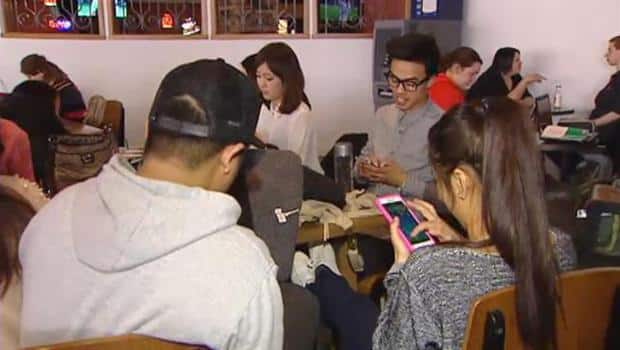 8 years ago
1:55
Young adults who send text messages more than 100 times a day tend to be more interested in wealth and image than leading an ethical life, researchers in Winnipeg have found. CBC's Angela Johnston reports. 1:55

Young adults who send text messages more than 100 times a day tend to be more interested in wealth and image than leading an ethical life, researchers in Winnipeg have found.

A study from the University of Winnipeg suggests that students who text that much are 30 per cent less likely to feel strongly that leading an "ethical, principled life" was important to them, compared to those who text 50 times or less a day.

Heavy texters also showed higher levels of ethnic prejudice, according to psychology professors Paul Trapnell and Lisa Sinclair, who recently presented their findings at the Society for Personality and Social Psychology conference in New Orleans.

As part of the study, 2,300 first-year psychology students completed one-hour online surveys in which they were asked about their personality traits and life goals, as well as how frequently they texted.

The surveys were conducted at the start of the fall semester for three years in a row.

The surveys found that about 30 per cent of students reported texting 200 or more times a day, while 12 per cent said they sent texts more than 300 times a day.

"There may be changes in the culture that people are slightly less reflective than they used to be, but overall, that may not be a bad thing," Trapnell said Friday. "We don’t know yet."

Testing theory from The Shallows

The study was done to test the "shallowing hypothesis" described in Nicholas Carr's 2010 book The Shallows: What the Internet is Doing to Our Brains.

According to the theory, the heavy use of texting and Twitter — both ultra-brief social media technologies — has made people's thought processes more superficial because it encourages rapid and relatively shallow thinking.

"The values and traits most closely associated with texting frequency are surprisingly consistent with Carr's conjecture that new information and social media technologies may be displacing and discouraging reflective thought," Trapnell stated in a news release.

"We still don't know the exact cause of these modest but consistent associations, but we think they warrant further study. We were surprised, however, that so little research has been done to directly test this important claim."

Trapnell and Sinclair also carried out a laboratory study in which some students texted, some spoke on their cellphones and some did neither.

All the students who participated were then rated on how they felt about different social groups. Those who had been texting rated minority groups more negatively than the others, according to the researchers.

Despite their findings, Trapnell and Sinclair don't see any reason to panic right now about a "morally shallow" generation, saying heavy texting and social media use by young adults in the so-called "digital native" generation hasn't stopped them from being as "tolerant and accepting of human diversity" as past generations.