The man who first discovered the torched SUV driven by the fugitives suspected of killing three people in northern British Columbia is taking matters into his own hands to help protect his northern Manitoba community.

'They could have been sitting in the bush watching us,' says Billy Beardy, who discovered burned-out SUV

The man who first discovered the torched SUV driven by the fugitives suspected of killing three people in northern British Columbia is taking matters into his own hands to help protect his northern Manitoba community.

Billy Beardy has organized a community patrol for Fox Lake Cree Nation, the site 760 kilometres northeast of Winnipeg where police appear to have concentrated their search efforts on Thursday.

"We have guys patrolling at night," said Beardy, a construction worker who has lived in Fox Lake his entire life. "We just have two guys driving back and forth."

The police — and now a grassroots search effort — are scouring the wooded area for Kam McLeod, 19, and Bryer Schmegelsky, 18.

They are wanted in connection with the shooting deaths of Australian Lucas Fowler and American Chynna Deese, whose bodies were found July 15 near Liard Hot Springs, B.C.

The pair has been charged with second-degree murder in the death of Leonard Dyck, whose body was found July 19, two kilometres south of the young men's burning truck near Dease Lake, B.C.

The suspects are now believed to be in northern Manitoba, RCMP confirmed Thursday, after there were two corroborated sightings of the pair in the Gillam, Man., area. The sightings occurred before a second vehicle driven by them, a Toyota RAV4, was left abandoned and burning on the side of the road on Monday, around 70 kilometres northeast of Gillam.

Fugitives near as vehicle burned

When Beardy saw thick, black smoke that evening, he couldn't have guessed the charred ride represented a significant clue in the hunt for two suspects that's sent fear rippling through the region.

He is spooked by the thought that fugitives suspected of killing three people would have been close to him.

"We sat here for, like, 45 minutes before anyone got here. They could have been sitting in the bush watching us," Beardy said Thursday.

"Even if they just came out of the bush … we would have probably just helped them out, because it's just pretty much the way we all are around here."

Beardy and his family were the first people to find the burning SUV linked to McLeod and Schmegelsky. He reported it to RCMP, and then Manitoba conservation officers once they became concerned the fire would spread.

"It was, like, big flames," he said. "They were just about reaching the wires."

They were worried someone might be in the vehicle, because they presumed it had crashed and caught fire.

Beardy has since found spent matches and believes the wanted men set the vehicle alight and pushed it into the ditch.

He's no longer worried for his own safety, but decided to set up a patrol anyway. 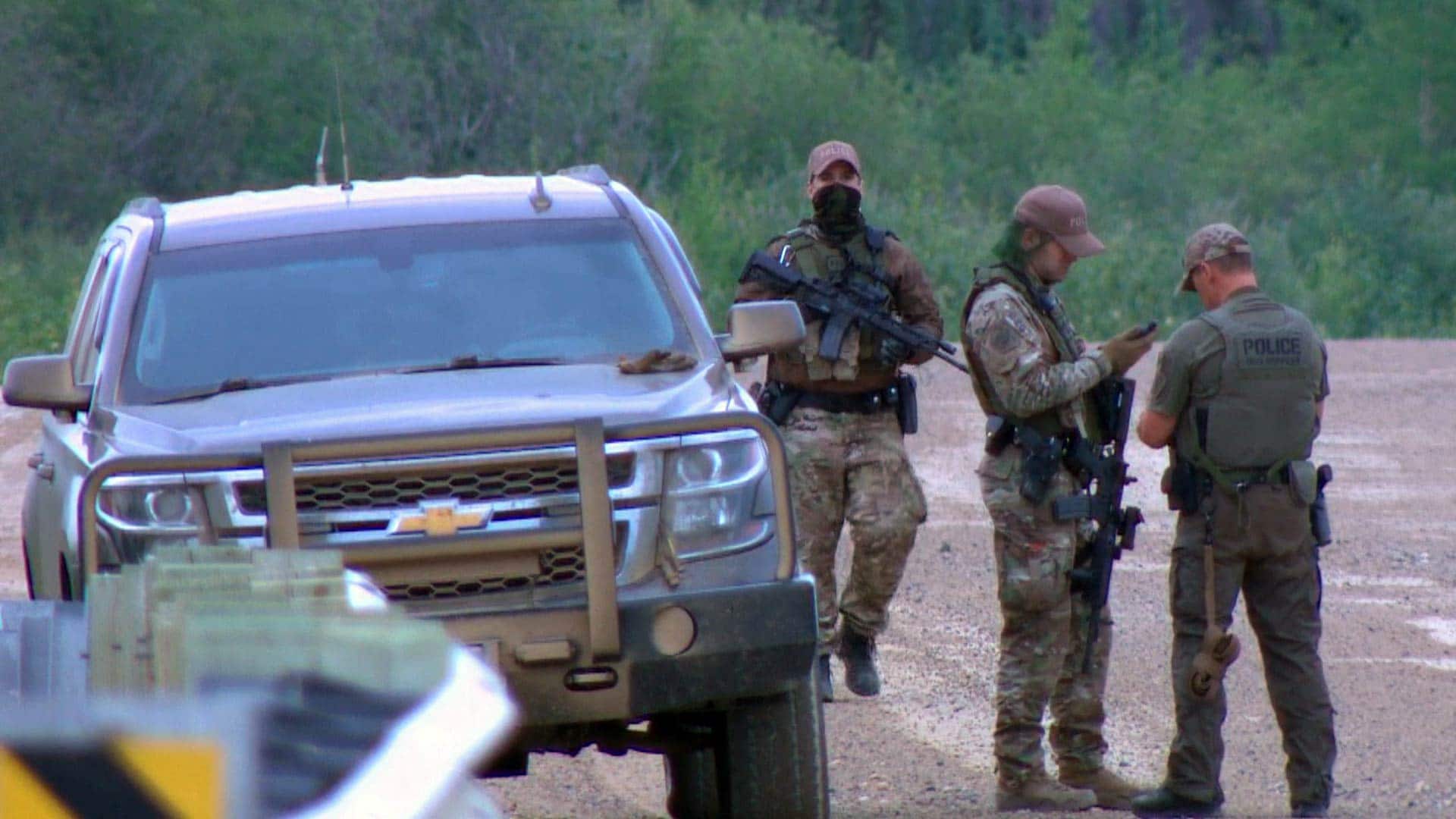 1 year agoVideo
4:30
Bryer Schmegelsky and Kam MacLeod are still believed to be in the Gillam, Man., area, despite a day of searching that turned up few new leads. 4:30

"I'm still driving around here, looking around, make sure you don't see anything," Beardy said.

"I'm just trying to do my best to help out."

Another resident of Fox Lake, a First Nation of roughly 200 people, hasn't been reassured by the presence of armed police.

Donna Lundie is relying on her dog to bark if the fugitives approach her home at night.

"Everybody's scared. We don't know anything. We only know what we see on Facebook and the news," she said Thursday morning. "It's scary."

The search crew drove by her residence later in the morning, peering into the bush in search of the suspects.

RCMP Cpl. Julie Courchaine asked residents to remain vigilant as they believe the wanted men may be nearby.

She said if the suspects are spotted, they should not be approached under any circumstances. People should instead call 911 immediately, or call local RCMP. The phone number for Gillam RCMP is 204-652-2200, while those in the Thompson, Man., area can call 204-677-6911.