A leader in Manitoba's Eritrean community says they're reeling after a four-year-old girl was hit and killed by a car on Monday — barely a year after a young boy died in the same way.

'This is just a disproportionate share of tragedies,' says community leader

Community members from Winnipeg's Eritrean community are reeling after a four-year-old girl was hit and killed by a car on Monday — barely a year after a little boy died the same way.

"This is just a disproportionate share of tragedies given the size of the community," said Aaron Mehzenta, a leader in Winnipeg's Eritrean community.

The girl died and her mother was seriously injured after they were hit by a car while in a crosswalk at Isabel Street and Alexander Avenue on Monday.

"The father is in deep shock right now. He is grieving deeply," Mehzenta said.

Mehzenta, who is also a chairperson with St. Michael Eritrean Orthodox church, was one of many visiting the family in hospital.

"The mother doesn't seem to have known yet. Although I think they may have informed her already, but she seems not to be fully aware of what has happened. She is asking for her daughter constantly, 'Where's my daughter?'" he said.

Galila and her mother Genet were a block away from Dufferin elementary school, where they were headed to meet the girl's six-year-old brother for a lunch break.

The mother remains in critical but stable condition in hospital and is expected to recover.

"She's still in pain. The injury is severe. From the waist down it's a huge injury, so she's expecting to undergo some surgery," Mehzenta said.

2nd child to be killed

This is the second time in just over a year that a child from the Eritrean community has been hit and killed by a vehicle.

In February 2018, an eight-year-old boy named Surafiel Musse Tesfamariam was struck by a car when he and his mother were using a crosswalk in St. Vital. He died later in hospital.

Immigrants have been coming from Eritrea, a country in northeast Africa, for the last several decades, and now number about 3,000 in Winnipeg, Mehzenta said.

"The community is very, very traumatized by this new incident in particular because of the circumstances under which this thing happened," he said.

Before the tragedy, Mehzenta said he had not met the family, which had only moved to Winnipeg last month after living in refugee camps for a decade.

"Just when they thought that they have come to a much safer place, where their lives could turn positively, this tragedy happens," he said.

"They were just in the process of resettling themselves, taking some language classes, and they had yet to start a job."

Mehzenta said the hospital has been full of supporters.

"When I left earlier this afternoon, I left a whole bunch of people with them. There's the family that sponsored them. There's another family who is related to them. But the entire community is with them right now," he said.

He said they're looking at holding a memorial service for the little girl, along with arranging fundraising for the father, wife and their son.

"Our community has always come very strong to support families who find themselves in these traumatic situations. Time after time we always get together and assist the families to cope with their grief,' he said.

Mehzenta recalls the tragedy that shook the community in 2010: 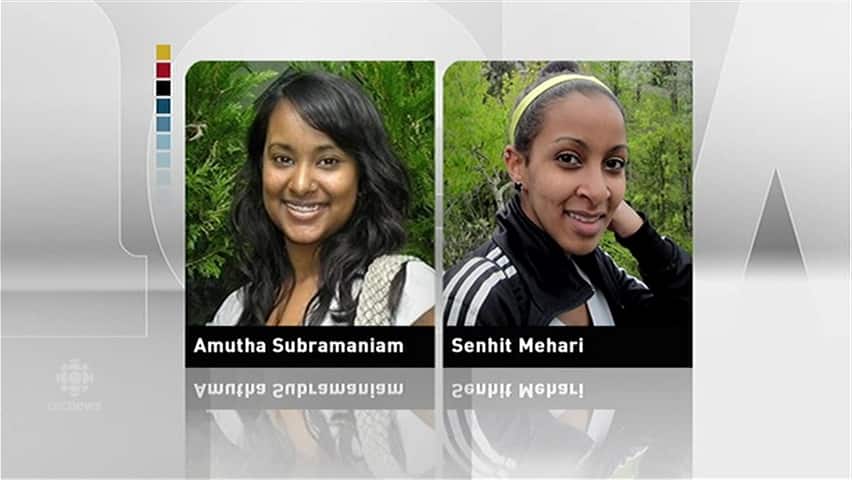