Hockey Hall of Famer and former Winnipeg Jets star Dale Hawerchuk has died after a battle with stomach cancer. He was 57.

Dale Hawerchuk, a hockey phenom who became the face of the Winnipeg Jets en route to the Hall of Fame, has died at the age of 57 after a battle with cancer.

"After an incredibly brave and difficult battle with cancer, our dad has passed away. My family is so proud of him and the way he fought. #HawerchukStrong," Eric Hawerchuk, one of Dale's sons, wrote on Twitter.

A teenage star, Dale Hawerchuk was drafted first overall by the Jets in 1981. He went on to play nine seasons in Winnipeg and five in Buffalo before finishing up his distinguished 16-year NHL career with stints in St. Louis and Philadelphia.

At five-foot-11 and 190 pounds, Hawerchuk wasn't blessed with size or blistering speed. But the five-time all-star had a knack of getting to loose pucks and then creating something out of nothing. Hawerchuk could breeze past opponents and knew what to do when he neared the goal.

Hawerchuk had been battling stomach cancer. In September 2019, he took a leave of absence from coaching the Colts to undergo chemotherapy treatment.

Eric Hawerchuk said in July on Twitter that the cancer had returned after his dad completed chemotherapy in April.

Dale Hawerchuk, the longest-serving coach in Colts history, was going into his 10th season behind Barrie's bench. He had led the Colts to the playoffs in six of his nine previous seasons.

Born April 4, 1963, in Toronto, Hawerchuk grew up in nearby Oshawa, Ont., getting his first pair of skates at age two and playing competitively at four. As a peewee, he broke Guy Lafleur's record by scoring all eight goals in an 8-1 victory in the final of a tournament in Montreal.

At 15, he was offered a tryout by the Oshawa Generals. He ended up playing instead for the Oshawa Legionaires in the Metro Jr. B Hockey League in 1978-79.

Some 23 years later, he remembered his Oshawa days during his 2001 induction speech at the Hockey Hall of Fame.

"I enjoyed every city and organization I played in."

Hawerchuk was highly touted coming into junior and was drafted sixth overall by the Cornwall Royals, who then played in the Quebec league but took part in the Ontario draft.

Hawerchuk led the Royals to back-to-back Memorial Cups in 1980 and '81 with teammates who included Scott Arniel, Marc Crawford, Dan Daoust and Doug Gilmour.

Hawerchuk was named Memorial Cup MVP in 1981 when he set a tournament record with eight goals and tied another with 13 points.

He collected 103 points in being named the QMJHL's top rookie. The next season, as a 17-year-old, he led the Quebec league in goals (81), assists (102) and points (183) when he was named Canadian major junior player of the year. 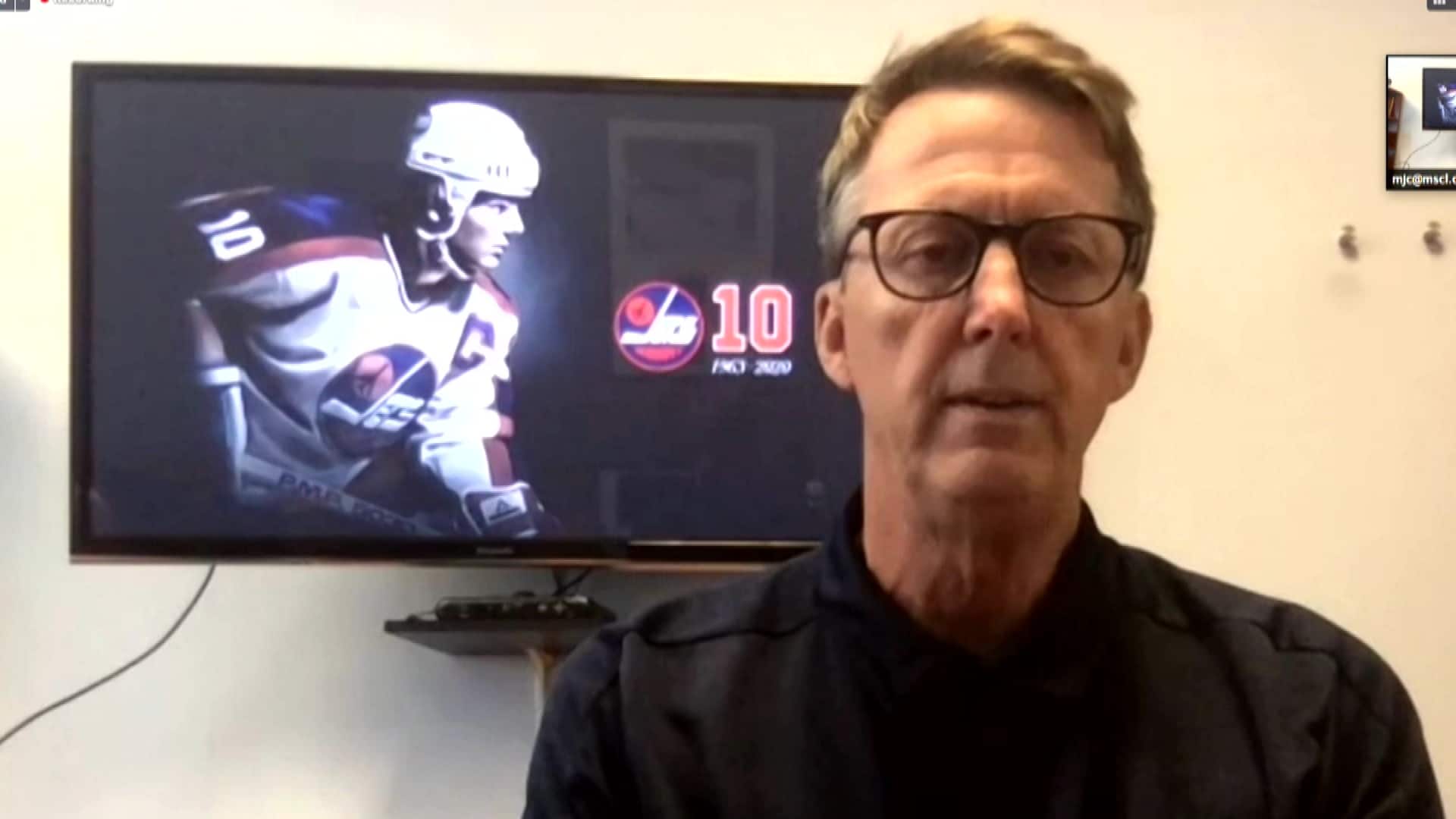 'I'm just going to remember him as a wonderful friend'

A grateful John Ferguson drafted Hawerchuk in 1981. Hawerchuk went to Winnipeg as an 18-year-old and spent nine years there, saying he felt like he grew up in the Manitoba capital.

The Jets had finished last in the league prior to drafting Hawerchuk, who signed his first pro contract before a bevy of Manitoba notables, including the mayor at the corner of Portage and Main, after arriving in a Brinks truck.

He did not disappoint. The teenager scored 45 goals and collected 103 points, was named rookie of the year — the youngest recipient at the time — and led Winnipeg to a 48-point improvement, the largest single-season turnaround in the NHL.

He was the youngest player in NHL history to reach 100 points, a record broken by Sidney Crosby in 2006. No wonder his early career came with comparisons to Wayne Gretzky.

"He has the same instincts, that puck sense, of Gretzky," said Mike Doran, Winnipeg's director of player personnel in 1981.

In 1987, Hawerchuk made history with Gretzky at the Canada Cup in Hamilton. He won the faceoff in his own end that led to a Gretzky-Mario Lemieux rush and Lemieux's famous winning goal in a 6-5 victory that decided the tightly contested three-game series.

When he was inducted into the Hall of Fame, the Jets were no more (the team was revived in Winnipeg in 2011). But he said the Jets "are etched in my mind every day that I live."

The franchise moved to Phoenix in 1996 and became the Coyotes. Eleven years later, Hawerchuk joined Bobby Hull and Thomas Steen on the Coyotes' ring of honour.

Hawerchuk rewrote the Jets record book before being traded to Buffalo during the 1990 NHL draft. As an unrestricted free agent, Hawerchuk signed with the St. Louis Blues in 1995 before being dealt to Philadelphia whom he helped to the Stanley Cup final in 1996-97 season, his final season.

Slowed down by a hip issue, he retired at the age of 34.

A shy type, Hawerchuk said he savoured the moments with his teammates in the privacy of the dressing room the most.

"It's a real special feeling, and nobody can take that from you," he said.

Only missed playoffs once

Hawerchuk missed the playoffs only once — in 1988-89 with Winnipeg — during his NHL career.

He was also the first NHLer to play in his 1,000th career game before his 31st birthday.

Hawerchuk was inducted into the Hockey Hall of Fame in 2001 along with Viacheslav Fetisov, Mike Gartner and Jari Kurri in the player category.

"It's like going back down memory lane," he said in his induction speech.

Hawerchuk was inducted into the Buffalo Sabres Hall of Fame in November 2011.

Known as Ducky by his teammates, Hawerchuk was inducted into the Jets' Hall of Fame prior to their game against the visiting Arizona Coyotes in November 2017.

"Tonight, we fly Ducky's number high," said a tribute video, to the sounds of Mötley Crüe's Home Sweet Home, before his No. 10 was raised to the rafters. 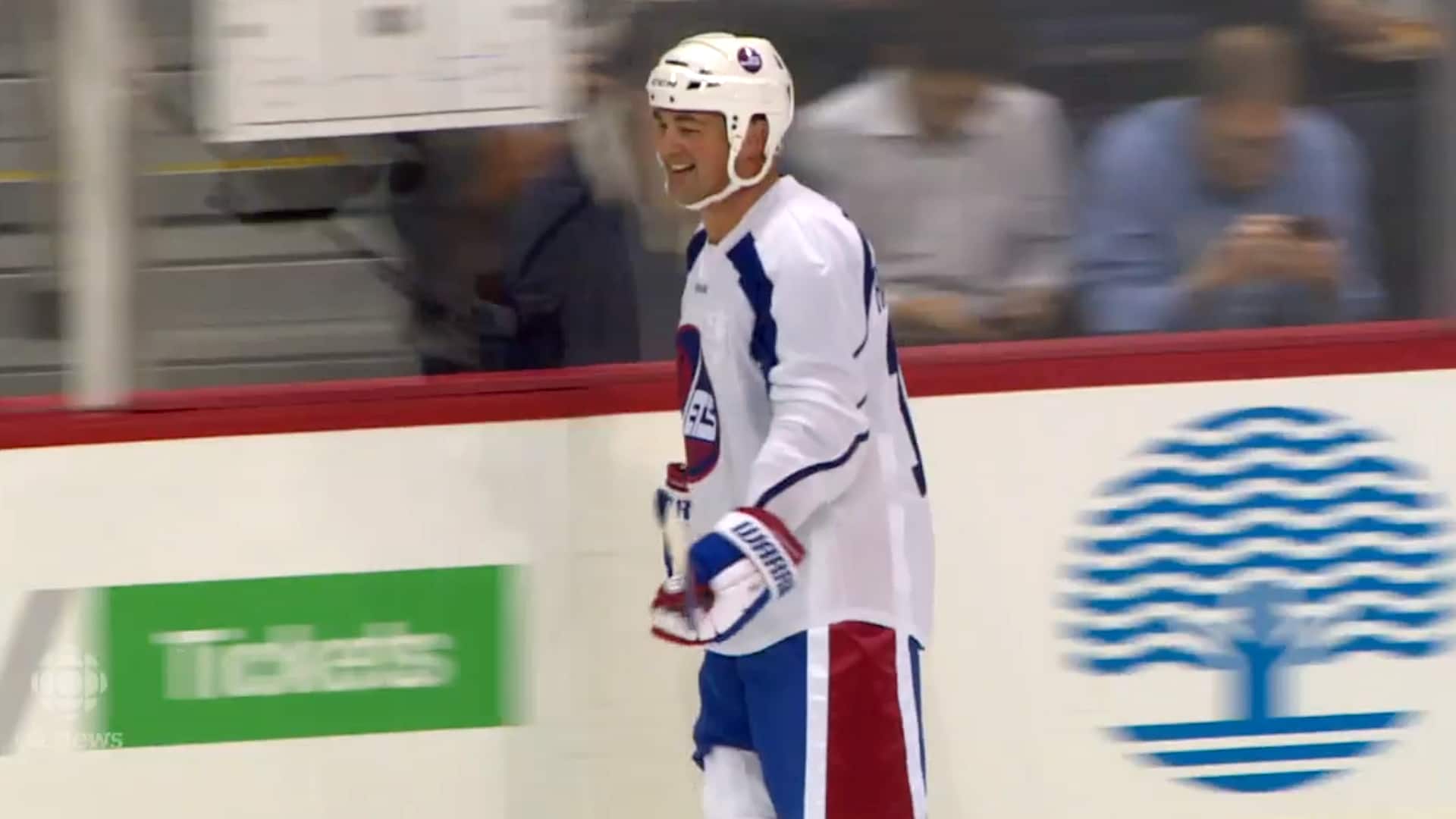 Jet, Oiler legends 'grateful' to get back on ice for Heritage Classic Alumni game

4 years ago
2:56
On Friday, Winnipeg Jets and Edmonton Oilers stars from the days of old gave hockey fans at the MTS Centre a sneak peek of what's in store Saturday during the Heritage Classic Alumni game. 2:56

"I've been to every part of [Manitoba], either golfing or playing [softball]," Hawerchuk said. "I've gotten to see Manitobans, seen their passion not only for their province and the game of hockey but their passion for the Jets. I'm honoured, and I'm very humbled."

Hawerchuk was the fourth member of the Jets Hall of Fame, joining Anders Hedberg, Ulf Nilsson and Bobby Hull, who all played for the team during its World Hockey Association days.

The durable Hawerchuk played in 75 or more regular-season games in each of his first 13 NHL campaigns. After retiring, he became part of the ownership group of the Tier II junior Orangeville Crushers, stepping behind the bench in 2007 prior to joining Barrie.