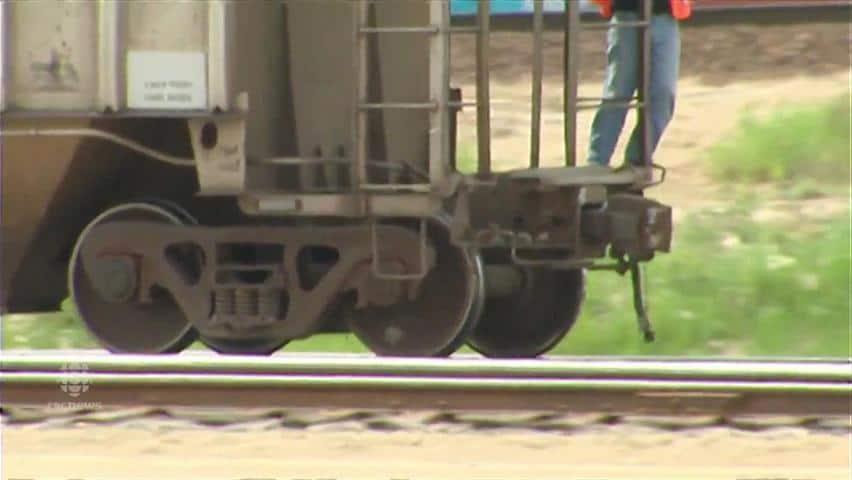 "He deserves to be penalized," said Winnipegger Suzanne Conrad, whose husband invested with Phillips.

"He hurt a lot of people, he misled people."

Phillips admitted that he failed to use due diligence and learn essential facts about 11 of his clients before putting their money into "Flow Through Limited Partnership" units, according to The Investment Industry Regulatory Organization of Canada (IIROC). He also admitted he made unsuitable investment recommendations.

Phillips failed to inform investors that flow-through shares were high-risk, speculative securities, according to the IIROC settlement agreement. These securities offer investments in oil, gas and mining exploration.

"Many of the flow-through units declined in value. As a result, eight of the 11 clients suffered losses in their accounts," according to the agency.

The Conrads, like several other retirees, cashed out their CN pension after hearing a presentation by Ken Muzik, a mutual fund dealer who partnered with Phillips.

Muzik "had been advising railway workers about the possibility of a tax free rollover of their pension funds" and "the benefits of opting out of defined benefit pension plans," read the settlement.

Phillips suggested an investment of a portion of the pension proceeds in flow-through units to reduce the tax burden.

Conrad considers herself luckier than some of the others. She estimates they almost broke even after write-offs and tax credits, but other retirees lost a lot.

Newfoundland and Labrador resident Les Painter also put money into the risky shares. The former Winnipegger was happy when he got the news about Phillips's fine.

"I was pleasantly shocked," said Painter.

He never thought the fine would be so large, but he doubts Phillips will actually pay up.

And if Phillips is like the vast majority of people fined by IIROC, he won't.

IIROC collected 17.3 per cent of penalties owed by individuals last year — a big improvement over 2013, when only 10.5 per cent paid their fines.

"IIROC continues to make every reasonable effort to collect the penalties imposed on disciplined firms and individuals. A disciplined party's failure to pay their fine will result in IIROC taking immediate steps to suspend them until payment is made," IIROC wrote in a statement to CBC News.

Painter said he's not worried about whether or not Phillips will pay the fine.

"Unless he pays the fine, he can never go back into business. They pretty well put him out of business, which is good," said Painter.

Many of the people who don't pay simply leave the industry and some may go bankrupt, making it pointless to pursue them, explained Neil Gross, executive director of the Canadian Foundation for Advancement of Investor Rights.

"We would like to see the rate of collection go up significantly so that it has greater deterrent effect," said Gross.

"If you do get caught and you can walk away from it, it just becomes almost the cost of doing business."

Gross said he thinks the IIROC needs to send wrongdoers a clear message: "If you are thinking about doing something wrong, they'll hound you, they will hunt you down, they will chase you to the end of the Earth in order to ensure these fines get paid."

Clients would have been better off just paying the taxes

The settlement noted that "these eight clients would have been in a better financial position had they simply paid the taxes on the pension monies."

"We are being a lot more careful," Conrad said. "We are looking at going back to work."

She said the money lost investing with Phillips is partly to blame. Staying with the CN pension might have been a wiser thing to do, Conrad admitted.

CBC News was unable to reach Phillips for comment.