First Nations chiefs living near two flood-prone lakes in Manitoba are criticizing the Pallister government for what they say was inadequate consultation on the planned construction of two "critically important" outlet channels.

First Nations chiefs living near two flood-prone lakes in Manitoba are criticizing the Pallister government for what they say was inadequate consultation on the planned construction of two "critically important" outlet channels.

Treaty 2 acting Grand Chief Cornell McLean says the $540-million expenditure for the planned Lake Manitoba and Lake St. Martin flood channels will spread contaminated water, and shouldn't be prioritized when some community members are still living in hotels seven years after they were evacuated by the flood of 2011.

In a statement, McLean — along with other Treaty 2 chiefs — described the outlet channels as an "engineering solution to an engineering problem." It's a situation the chiefs argue the province made by diverting water in their direction to save Winnipeg from flooding.

McLean said the province tried to set up a recent meeting with him, but he could not attend due to late notice.

"I don't think the government realizes that they can't just walk into First Nation territories and take over," he said at a Tuesday news conference.

Premier Brian Pallister, however, rejects the charge that proper consultation has not taken place. He says there have been departmental presentations and numerous community meetings, and the provincial government will continue seeking public input in the months ahead.

"There's been discussions," he told reporters Tuesday. "Whether they satisfy the definition, technically, of the term [consultation], that's a legal argument you want to get into, I suppose."

Time is of the essence: Pallister

Earlier in the day, the province issued a news release saying there's no time to waste in building the flood channels, described as "critically important to ensuring the safety of all Manitobans" by preventing flooding in the Interlake region.

Homes and cottages on Lake St. Martin and Lake Manitoba were most recently flooded in 2011 and 2014. The worst of those events was in 2011, when Lake Manitoba reached a record-high level, devastating communities and homes and prompting long-term evacuations.

The disaster, which became one of the most widespread flooding events in the province's history, has cost governments hundreds of millions in compensation. 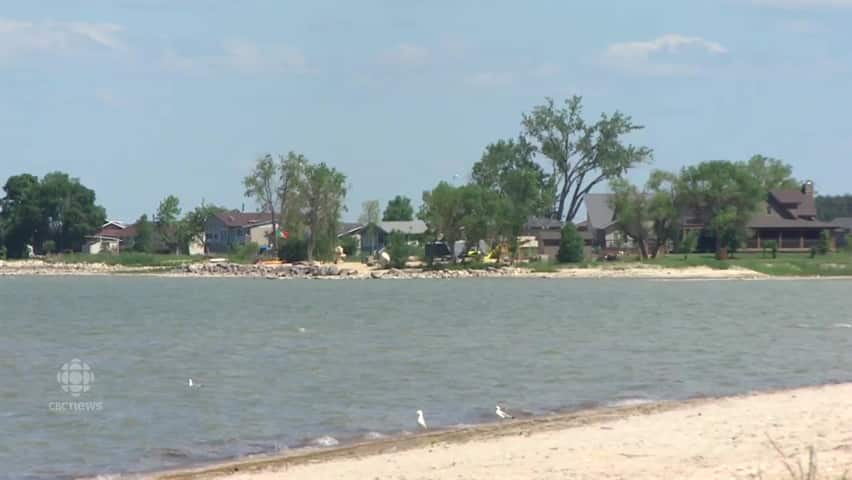 3 years ago
2:32
The federal and provincial governments are sharing the $540-million cost to build two permanent flood mitigation channels at Lake St. Martin and Lake Manitoba that have been years in the making. 2:32

In a Tuesday morning news release, the Manitoba government demanded that Ottawa ensure the completion of these channels isn't slowed by consultation and a "more complex federal environmental regulatory process, including consultations with communities that will not be materially affected by the construction of the outlet."

Later in the day, Pallister said the federal government is adding more requirements to the consultation process, likely because of a recent court decision that found Ottawa didn't adequately consult with communities in the path of the Trans Mountain pipeline.

One requirement is the creation of an advisory group that includes at least 70 members, including people from communities as far away as Nelson River, which is hundreds of kilometres downstream of Lake Winnipeg, a government spokesperson said in an email.

The premier said this abundance of caution could add years of delays and costs, which he said is unacceptable.

"There does come a point where the delays get so lengthy that you're just not doing what you need to do to help protect people, and that's where we're getting now," Pallister said.

'Give people their lives back'

Grand Chief Jerry Daniels of the Southern Chiefs' Organization is not impressed by the province's plans.

"Your description of consultation, of needing to be efficient isn't genuine," he said, directing his remarks to Pallister. "It doesn't reflect the treaty partnership."

Daniels said he gets the sense the province considers its dialogue with First Nations an afterthought and is striking out on its own, demonstrated, he said, by the province's decision to pick engineering firms without consulting First Nations.

Arlen Dumas, grand chief of Assembly of Manitoba Chiefs, argues it's unfair to even consider the province's early discussions a form of consultation.

"Just because you force somebody to talk to you doesn't mean you've been consulted."

The rebuke from First Nations chiefs comes as the Pallister government says it's making efforts to actively consult with Indigenous communities.

In 2017, the premier called the upcoming consultations on the flood channels the "most comprehensive, thorough and robust Crown and Indigenous communities consultations in the history of Manitoba."

NDP Leader Wab Kinew said the province is rushing the process without ensuring buy-in from neighbours.

"The premier should take responsibility for the fact that he's helped make this what it is by rushing this announcement."

Pallister has the support, though, of Clifford Halaburda, the reeve of the RM of Grahamdale, whose municipality will lose nearly 3,000 hectares to one of the flood channels.

Halaburda said affected landowners are impressed by the province's willing ear, saying communities felt they weren't listened to in the past.

"This whole picture is turned around," he said. "What we're hearing, it sounds to be very positive. The landowners are happy."

The project's costs are being shared by the federal and provincial governments, it was announced in June, with Ottawa paying $247.5 million through its Disaster Mitigation and Adaptation Fund — a 10-year, $2-billion package aimed at blunting the effect of natural disasters linked to climate change.

The new Lake Manitoba outlet channel will have a capacity of 7,500 cubic feet per second and the Lake St. Martin outlet will carry approximately 11,500 cfs at capacity.

Construction could start as soon as fall 2019 but no estimated completion date has been announced. 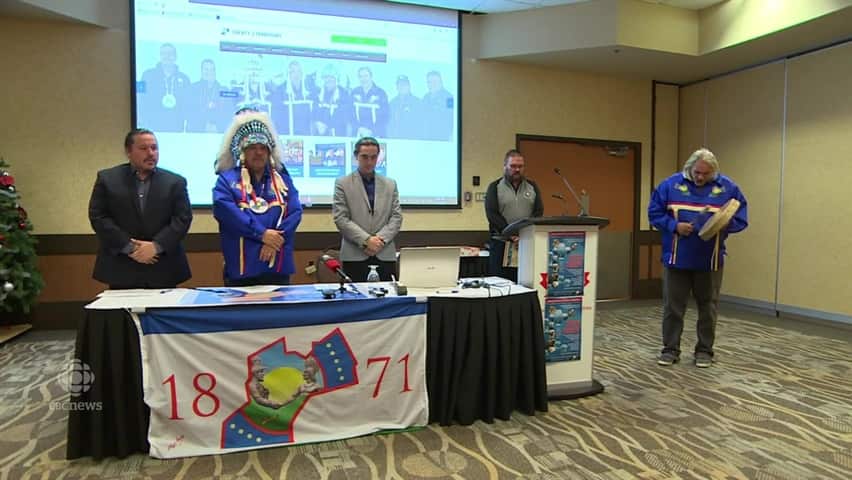 2 years ago
2:19
First Nations chiefs living near two flood-prone lakes in Manitoba are criticizing the Pallister government for what they say was inadequate consultation on the planned construction of two "critically important" outlet channels. 2:19