Fleece might have one less leg, but he’s not slowing down.

‘Now he gets a second chance at life,’ Melanie Youngs says 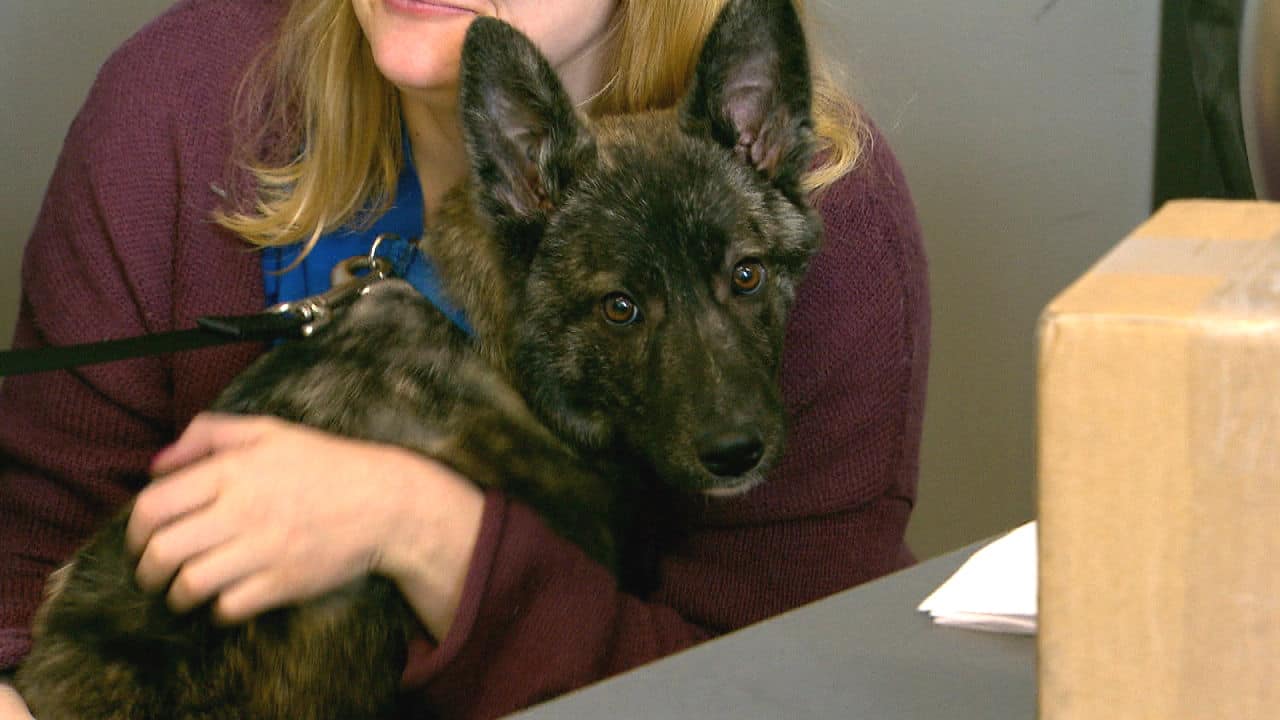 Fleece might have one less leg, but he's not slowing down.

The 12-week-old puppy was rushed into emergency surgery in Winnipeg after its leg was caught in a snare in a northern Manitoba community.

"[Fleece] wandered off and got himself into some trouble. Got his leg caught in a leg trap," said Melanie Youngs, a veterinarian with the Winnipeg Humane Society.

"He was probably out there for quite some time based on how thin he was."

The puppy was surrendered by its owner and flown to Winnipeg, but the trap has stopped blood flow to its leg and infection had set in, Youngs said.

"It took a bit of routing to get him here, a few plane delays and things like that but he made it and he ended up having to have surgery immediately due to the severe condition of his leg," she said.

The leg was lost but Fleece is recovering well with a foster family.

"He will continue to do just fine on just three legs as we can see already. He is such a happy guy and can get around just fine so it's really not going to slow him down in anyway," she said.

"Now he gets a second chance at life because he will go into our adoption program and he will find his forever home."