Winnipeg pastor Christopher Haley will be cashing some big cheques for the next 20 years thanks to Winnipeg Jets player Patrik Laine.

Winnipeg pastor Christopher Haley will be cashing some big cheques for the next 20 years thanks to Winnipeg Jets player Patrik Laine.

Christopher Haley was randomly chosen as the grand prize winner in the Safeway Sobeys Score & Win contest, which provides winners major cash prizes when a single player score three, four or five goals in a game.

Haley will get 20 annual payments of $50,000, or a total of $1 million, after Laine netted five goals against the St. Louis Blues on Saturday night.

Haley, the longtime pastor of Berean Baptist Church, said he and his wife, Karen Haley, are still discussing how to spend the money.

"Right now our splurge is going to be we're both going to get new glasses," Haley told reporters gathered at his local grocery store, the Safeway on Henderson Highway near Chief Peguis Trail. 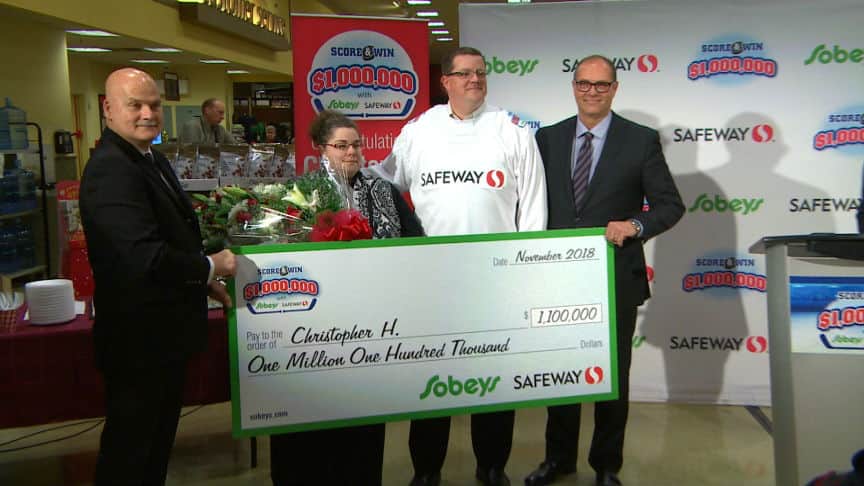 He plans to continue working at his North Kildonan church, where he leads about 150 members.

"I would like to thank God for this. You know, I'm aware some people would not appreciate that but I'm a pastor and I believe this is a gift from God," Haley said.

The Safeway Sobeys contest extends across Western Canada, including regions that cheer on the Vancouver Canucks, Calgary Flames, Edmonton Oilers and Winnipeg Jets.

Cash prizes and gift cards are given to customers selected randomly when home-team players score during the regular 2018-2019 season and during the playoffs.