As COVID-19 testing increases in Manitoba's First Nations communities, the Moderna vaccine is rolling out on the ground.

Test positivity rate is 17% on First Nations as of Friday, compared with 10.1% for rest of province

The number of COVID-19 cases among First Nations people in Manitoba has jumped by 298 since Jan. 4, with a test positivity rate of 17 per cent, according to Manitoba's First Nations Pandemic Response Coordination team.

That compares to a test positivity rate for the general population of 10.1 per cent in Manitoba as of Friday.

"Numbers of positive cases do seem to be rising again," Dr. Marcia Anderson, a member of Manitoba's First Nations pandemic response team, said during a Friday update from the team via Facebook Live.

"In addition to the province's numbers going up, our numbers have gone up faster, so we are making up that higher proportion of new cases as well."

As of Friday, First Nations people make up 46 per cent of all new cases in the province.

"We are all very concerned about that. We are still seeing a lot of spread. We also have communities that are experiencing clusters or outbreaks, and so need to continue to be vigilant and follow public health orders," said Anderson.

There are now a total of 2,291 active cases among First Nations people in Manitoba — 1,521 on reserve and 770 off reserve, the pandemic response team said.

The additional cases bring the total number of First Nations people in Manitoba who have tested positive for the virus since the pandemic began to 6,390. The majority are in the Winnipeg and Northern health regions.

Nine First Nations people have died from COVID-19 since Monday, bringing the total number of deaths to 112.

The first 5,300 doses of the Moderna COVID-19 vaccine reserved for Indigenous people in the province arrived in Manitoba on New Year's Eve, according to Melanie MacKinnon, who leads the pandemic response team set up by the Assembly of Manitoba Chiefs.

The vaccine started arriving in some First Nations communities on Thursday.

"This has been … a tremendous effort, and I am so grateful to our colleagues who worked throughout the holiday weekend to turn this around so quickly," MacKinnon said during Friday's update.

"This is the most precious cargo we can have right now. And we need to deliver it to you in a safe, effective and successful manner," she said.

"We don't want to ruin doses or waste any vials." 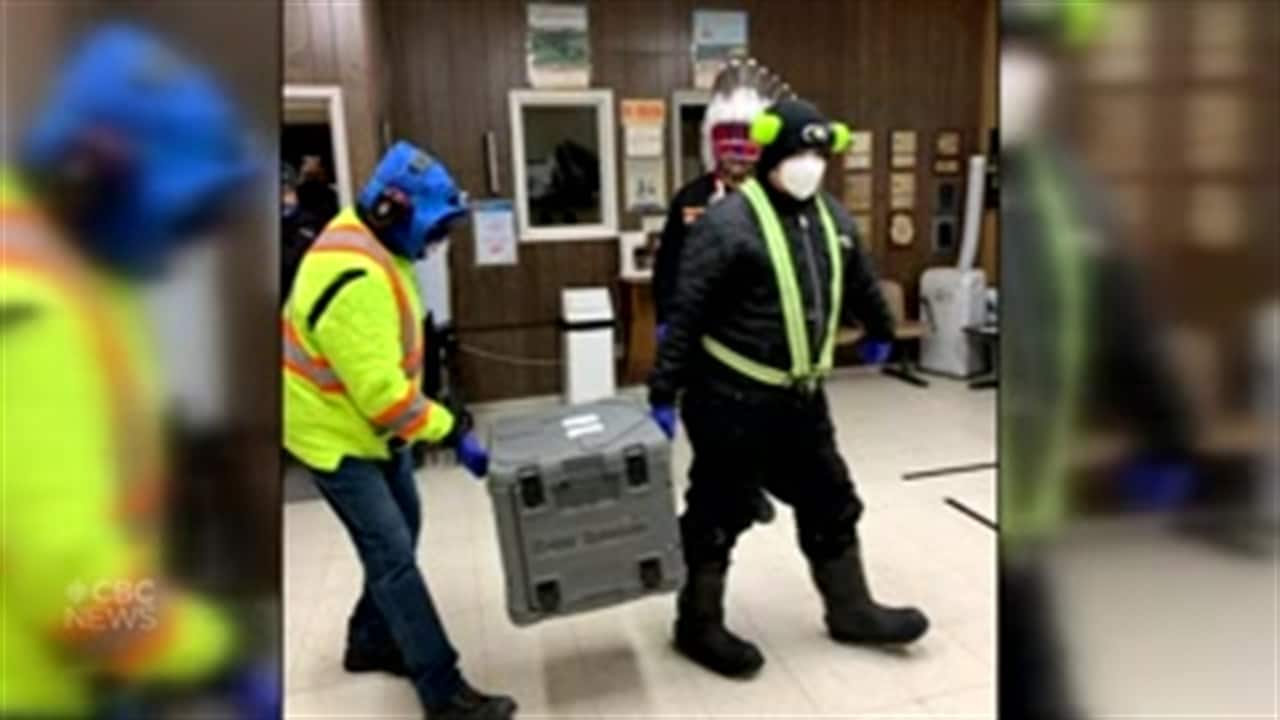 15 days agoVideo
2:24
The first 5,300 doses of the Moderna COVID-19 vaccine reserved for Indigenous people in the province has arrived in Manitoba. 2:24

While Dr. Anderson is pleased the vaccine is starting to reach communities, she encouraged people to remain diligent about following public health protocols such as wearing masks, physical distancing, washing hands and not having visitors in their homes.

"This is a small amount of vaccine rolling out. That doesn't change the need to follow the rules. In the next few weeks, even if you get the vaccine, we won't see an immediate change in who you can visit. As provincial officials are saying, this will take a year before every person in Manitoba receives the vaccine," said Anderson.

MacKinnon says the team will be working hard throughout the weekend to come up with a schedule for timelines and allotments to get the vaccine to all 63 First Nations in Manitoba.

Priority is being given to people over 60 in remote communities, and over 70 in non-remote areas.

If people can't make it to a local nursing station or centre set up for vaccines, communities are designating drivers to transport them to and from stations, and to monitor them for any adverse reactions after they get their shot, MacKinnon said. Alternative arrangements will also have to be made for gravel and winter roads in poor condition, she said.

The province has committed to sending a second shipment of 5,300 doses to first nation communities by the end of February.