Two people were taken to hospital in stable condition after a fire in Winnipeg's West End.

People on the street reported smelling heavy smoke in the area 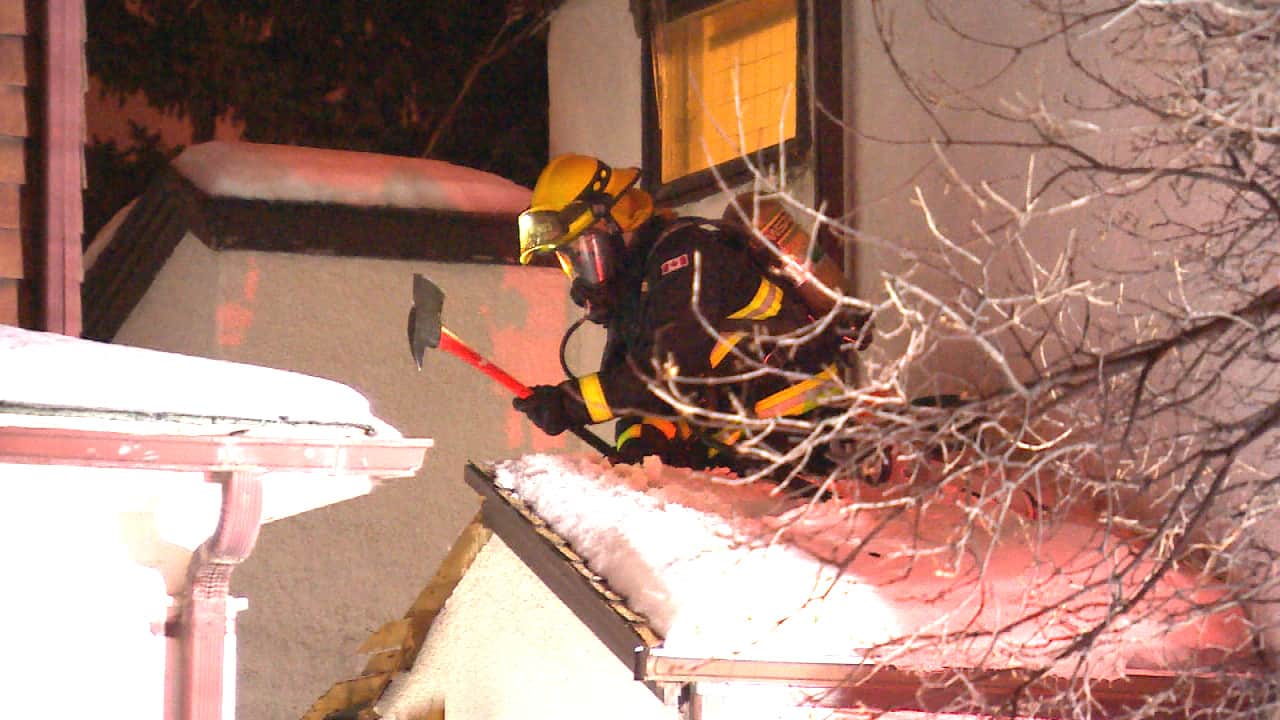 5 years agoVideo
0:23
Two people were taken to hospital in stable condition after a fire in 900 block of Banning Street. 0:23

Two people were taken to hospital in stable condition after a fire in Winnipeg's West End on Wednesday night.

Fire crews were called to the home on the 900 block of Banning Street around 9:30 p.m.

Firefighters were seen cutting off part of the roof of the house to access the fire, which was quickly put out.

The cause is under investigation.
CBC's Journalistic Standards and Practices|About CBC News