Fire burned through the roof of a vacant Winnipeg high school that was about to be demolished. 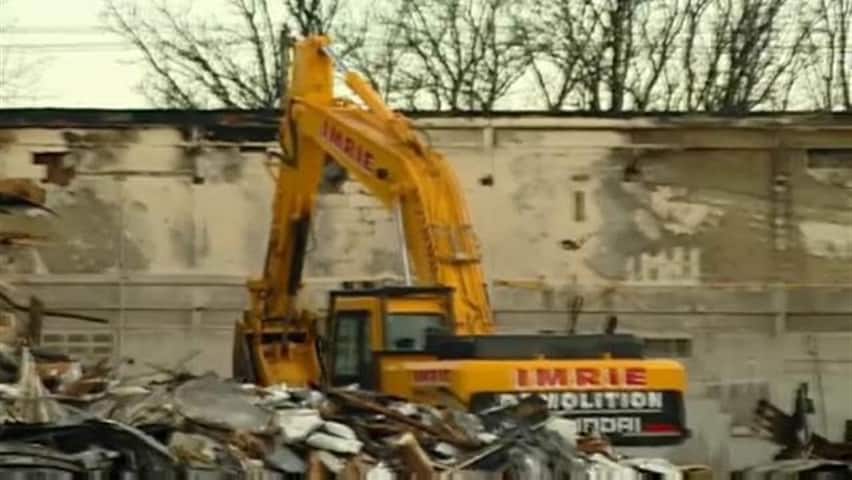 10 years ago
1:54
Fire burned through the roof of a vacant Winnipeg high school that was about to be demolished 1:54

Fire burned through the roof of a vacant Winnipeg high school that was about to be demolished.

Crews were called out to Silver Heights Collegiate on Lodge Avenue just before 3 a.m. on Thursday.

The blaze started in the gymnasium then spread to the roof where it was burning stubbornly in the tar.

Heavy smoke filled the air around the neighbourhood and continued to linger and firefighters kept working to douse hot spots just before 7 a.m.

They packed up and left the scene shortly after 7:30 a.m.

Asked if the cause of the fire seemed suspicious, district fire chief Pete Peterson told CBC News, "there's no power to the building, there's no gas to the building. So, usually, fires don't start by themselves."

The school closed its doors for good in July 2007 to merge with Sturgeon Creek Collegiate in September 2008, forming Sturgeon Heights Collegiate.

Dwayne Panabaker, who lives near the Silver Heights building, said residents in the area were concerned because the school had been vacant so long and had become a target for vandals.

"There were break-ins and there was graffiti; parties at night," he said.

It hasn't been demolished earlier because the Space Channel was using it to film a TV series, Panabaker said.

"It was pretty good they did some filming at night — at least it kept it occupied."