A family expecting a new baby in just a few days escaped from a fire in multi-family home in Winnipeg's North End on Monday afternoon.

A family expecting a new baby in just a few days escaped from a fire in multi-family home in Winnipeg's North End on Monday afternoon.

Firefighters responded to the fire in a two-storey building on Redwood Avenue near Andrews Street at 3:40 p.m., according to a news release from the City of Winnipeg.

When crews arrived, they encountered heavy smoke coming from the house, the release indicates.

Crews got the fire under control within about 20 minutes. No injuries were reported. 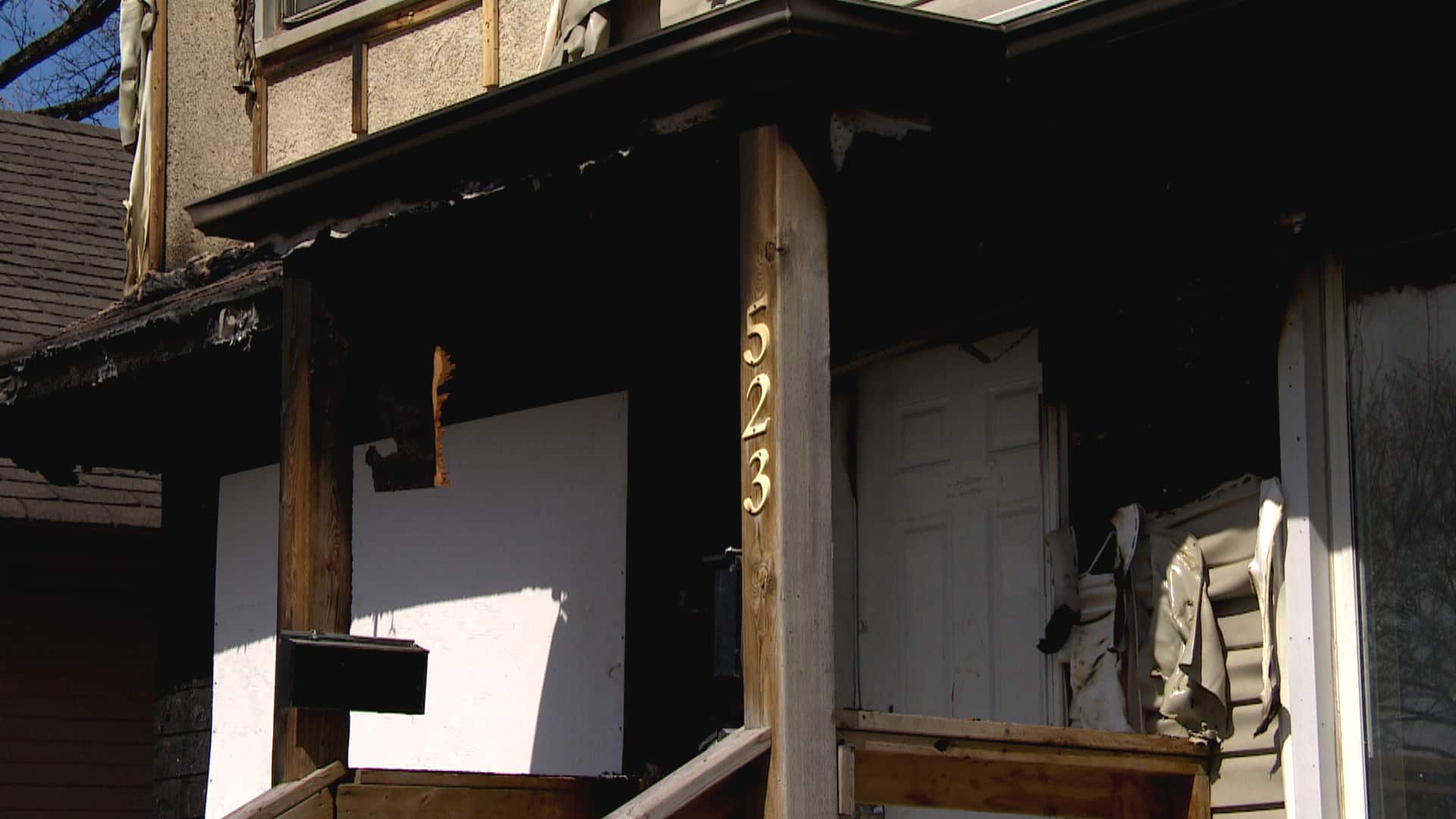 9 months agoVideo
1:31
A family expecting a new baby in just a few days escaped from a fire in multi-family home in Winnipeg's North End on Monday afternoon. 1:31

Eric Michelle, 21, said he was home with his 16-month-old son and pregnant girlfriend, who the CBC is not naming for privacy reasons, when the fire started.

He heard the alarm go off but couldn't find evidence of a fire in their rental unit on the second floor.

When he went downstairs to check the units below him, he could smell "a bunch of smoke" and hear banging from inside one of the units.

He said then he heard someone shouting, "Fire!"

At that point he ran upstairs to get his son and girlfriend and get them out of the building. He only had time to put his son in a snowsuit and grab a few items with sentimental value.

Michelle's girlfriend is nine months pregnant with their second child and is due in four days.

He said he believes someone deliberately started the fire.

The family is "still a little shaken up" but happy to have the support friends and family, he said. His stepmother has started a Go Fund Me campaign to raise some money to replace their damaged items.

When Melissa Spence, who is Michelle's aunt, arrived at the house later that day, she said the family was waiting outside to see what could be salvaged from the home.

"The smoke damage, water damage, everything was just destroyed … and now they're displaced," she said.

Spence said there was only the one way out, so "thankfully they made it out in time, but you know not without of course losing everything," she said, adding the stress of the COVID-19 health emergency coupled with the fire has been straining for them.

For now, the family is staying with friends.

"That can only be a temporary fix, right. With a baby any day now, they need to be in their own home and starting over again," Spence said.

Spence said they may have found temporary housing with the help of the North End Housing Project, a community organization that assists families affected by fires. She said it is crucial timing because her nephew's girlfriend started experiencing early labour pains Tuesday afternoon.

"We're thinking maybe baby might be born by tonight or early tomorrow," she said.

"We don't want to have them unsettled … as of right now, they have nothing for this baby."

Canadian Red Cross is providing some support to the family based on their needs including food, transportation, clothing and hotel, if needed for a few days, as part of their disaster response.

Spence said the support group is trying to help set things up for the family, but they still need items for the newborn, such as a sleeper to carry the baby home in.

A city spokesperson said the cause of the fire is still under investigation.

No damage estimates are available yet.